Artistic Director of the Ballet NdB

After graduating from the Eva Jaczová Dance Conservatory in Bratislava, he joined the Slovak National Theatre Ballet in 1989, becoming a soloist in a very short time. In 1992, he received an off er to dance in Jiří Kylián’s Netherlands Dance Theatre in The Hague, but before joining he first had a half-year contract with The Ballet of the National Theatre Brno as a soloist. Working at the NDT, he met some of the most important choreographers of his time, including Jiří Kylián, Mats Ek, Nacho Duato, Ohad Naharin, William Forsythe, Édouard Lock and many others. In 1999 he accepted another foreign offer and became the first soloist of the Les Grands Ballets Canadiens in Montreal, then returning to the Slovak National Theatre Ballet in 2000 as a guest soloist and later its artistic director in 2006–2010. He founded the ensemble Ballet Bratislava, which he led until its dissolution (2011–2013). From the 2013 season, he has been the artistic director of The Ballet of the National Theatre Brno. In 2018, he finished a master’s degree in choreography at the Academy of Performing Arts in Prague.

He began to create as a choreographer in 2002 at the Les Grands Ballets Canadiens in Montreal. Radačovský’s first work was the miniature The Letter, followed by Inspiration (2002) and Train Station (2004). After returning to the Slovak National Theatre, he introduced the ballets Change (2005), Meeting the Swan I. (2007), Warhol (2007), 68 (2008) and Everest (2009). In the Ballet Bratislava then for example Monos (2012), Queen (2013) or the musical Mata Hari (2013). But most of his choreographies were created outside of Slovakia: Bolero (2006) at the Jeune Ballet du Quebec in Canada, Romeo and Juliet (2011), Black and White (2012) and Beethoven (2015) at the Grand Rapids Ballet in the USA and Compulsive (2013) at the Diablo Ballet in San Francisco. He staged his choreography Black and White also at Royal New Zealand Ballet. He introduced other choreographies in theatres in the Czech Republic: Fateful Loves (2012), Together (2016), dance version of the famous musical West Side Story (2017) and Romeo and Juliet (2019) in the National Theatre Brno, the Slavic Quartet for the Prague Chamber Ballet (2014) and Carmen for the ballet of the J. K. Tyl Theatre in Pilsen (2016). 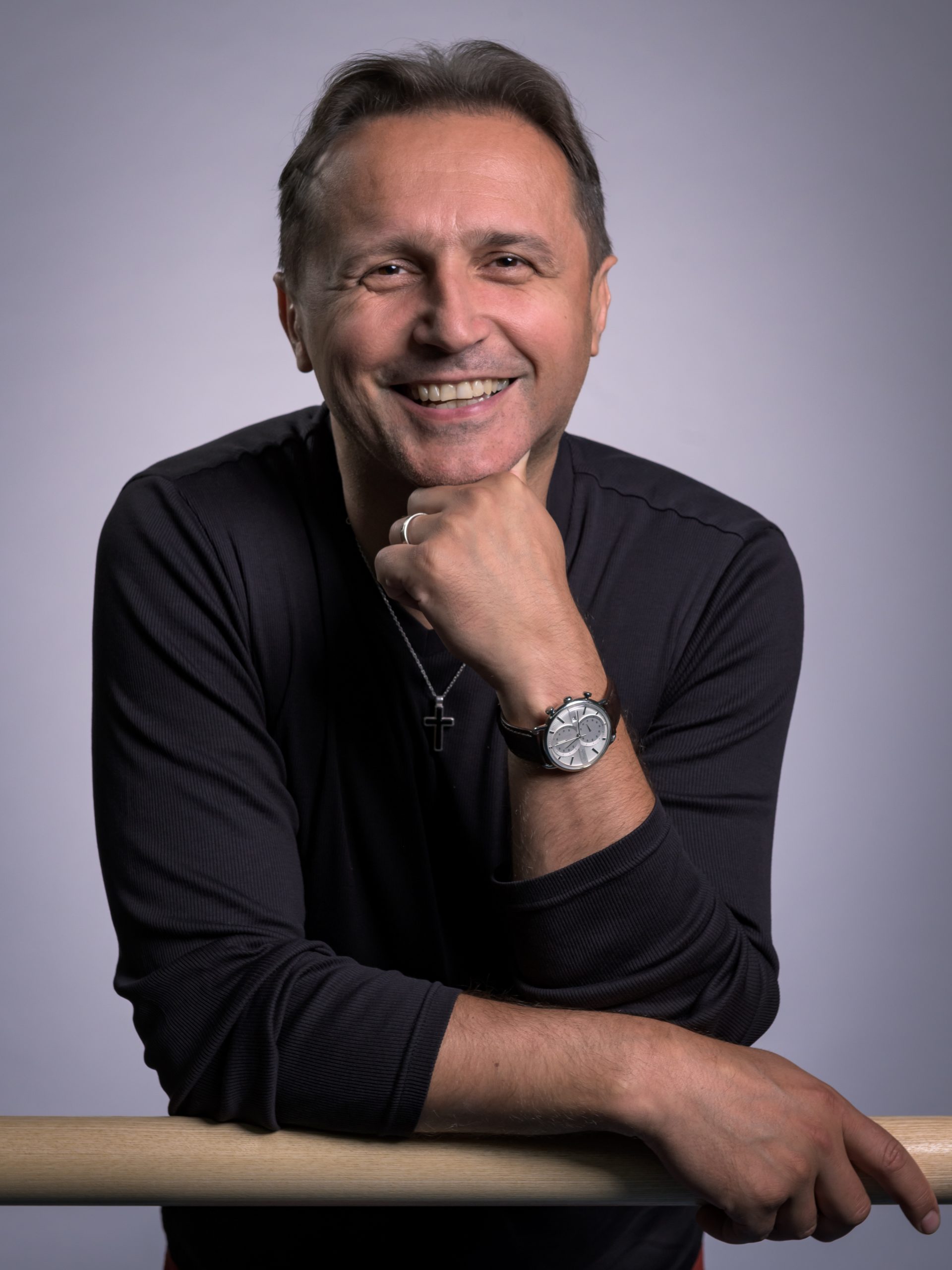