From the House of the Dead / Glagolitic Mass 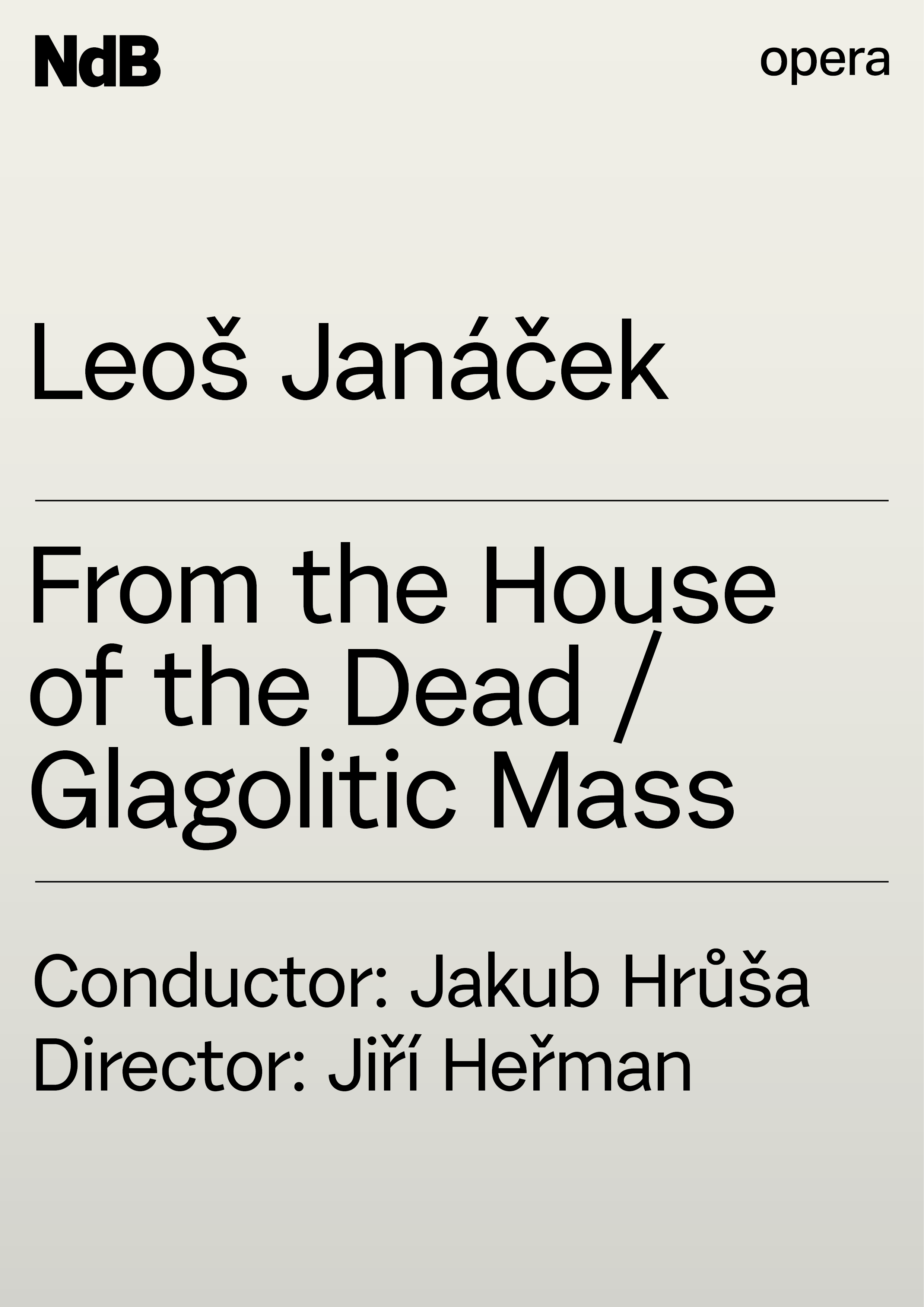 The 8th edition of the Janáček Brno festival will open with a special combination of the opera From the House of the Dead and a theatre version of the Glagolitic Mass! The opening will feature – as is traditional – a new production by National Theatre Brno’s Janáček Opera. Two outstanding artists will meet for the first time for its creation – the conductor Jakub Hrůša, for whom it will be his first collaboration with the Brno ensemble, and the director Jiří Heřman, who has returned to Janáček´s work after his successful production of The Cunning Little Vixen at the 2018 festival.

Exhausted and worn down – I am waiting to see if some star from the distant horizon will not fall into my mind, with a bell-like clang. Leoš Janáček turned to Russian literature for inspiration once again in the case of his ninth and last opera work. As in the case of Čapek´s play The Makropulos Case, at first glance Dostoevsky´s Notes from a Dead House seems in no way suitable as a theme for an opera. The writer himself spent time in a Siberian prison in the company of murderers, robbers and people who were simply led astray by an unfortunate turn of events, and drew from his experiences there when creating this literary work. It is a grim sequence of stories about everyday prison life and the fates of individual convicts, with psychological analysis and philosophical thoughts, but almost without dialogue, and with neither a central hero nor any female characters. Despite all the horrors described, Dostoevsky wrote to his brother: Believe me, there were among them deep, strong, beautiful natures, and it often gave me great joy to find gold under a rough exterior. Janáček also saw something deeper and more human in the individual characters of the book. In 1927 he mentions to Max Brod: I found a good human soul also in Baklushin, Petrov and Isai Fomich. Although he adapted the libretto from a Czech translation in the case of Katya Kabanova, this time he worked directly with Dostoyevsky’s Russian original, and his copy is full of notes and underlined parts of the text. The libretto has never been found, except for a brief draft, and it is believed that Janáček wrote it directly into the score. And this wasn´t an easy and joyful task, as can be sensed from his letters to Kamila Stösslová: It seems to me that I am walking down steps, lower and lower, down to the bottom where humanity´s poorest people dwell. And it is a hard walk. ¨

However, Janáček didn´t have time to finish the work. He took the score of Act 3 to Hukvaldy in the summer, but caught pneumonia and died on 12th August 1928 in a sanatorium in Ostrava. His pioneering work remained unfinished. Before the opera was staged at the Brno theatre, Janáček´s pupils, the conductors Břetislav Bakala and Osvald Chlubna, took charge of the completion of the instrumentation and small adaptations of the singing parts. A change was also made to the gloomy conclusion of the opera, when after Gorianchikov’s departure the guards chase the prisoners back and life in the house of the dead continues relentlessly. In later years, producers began returning to the ending originally intended by Janáček. For the first time in the Czech Republic, the festival production will present a new critical edition by Prof. John Tyrrell which reconstructs the work as closely as possible to the form Janáček intended but never had the opportunity to finish.

Despite the oppressive end, at the beginning of the score of The House of the Dead Janáček wrote: In every creature a spark of God! And this is the idea connecting his last opera with an equally unique work – a mass with a text in Old Slavonic. The origin of the Glagolitic Mass is partly intertwined with Janáček’s work on his last opera, and it is a captivating confession. As Janáček himself said: I wanted to capture here faith in the security of the nation not on a religious basis, but on a moral, strong one, which takes God as a witness. The theatre version of the Glagolitic Mass as a continuation of the opera imbues both works with a new testimony about the power of faith in man.

From the House of the Dead / Glagolitic Mass Janáček Theatre /

From the House of the Dead / Glagolitic Mass