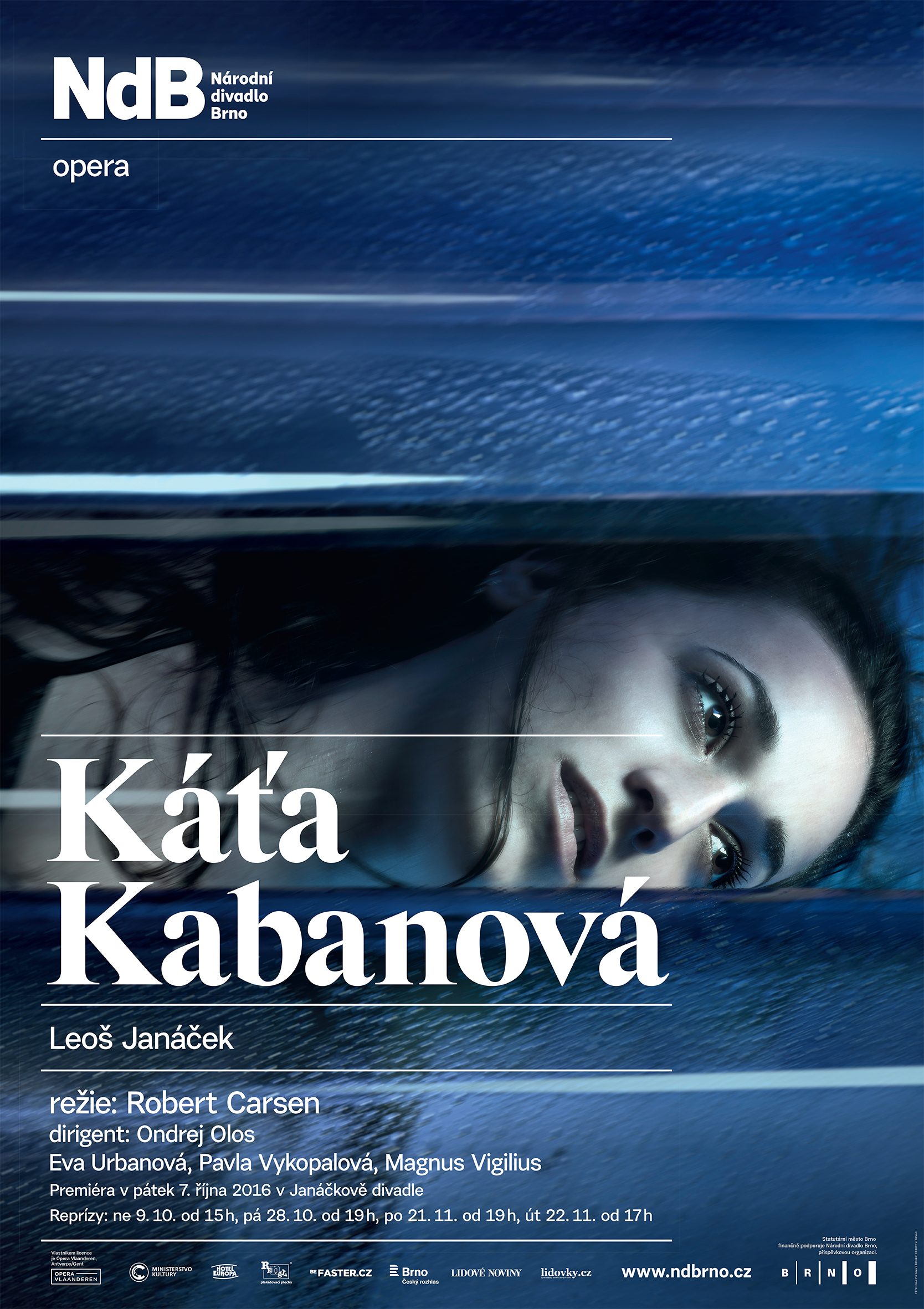 Performed in the original Czech with Czech and English surtitles. The performance lasts about 2 hours 15 minutes, including one interval.

The premiere of the production of Káťa Kabanová by National Theatre Brno’s Janáček opera ensemble was one of the highlights of the last festival. Now it is returning so that Janáček´s genius can again meet on stage with one of the best living opera directors, Robert Carsen, whose productions excel in their distinct poeticism, dramaturgical tightness and emotive, lively and immensely impressive theatre. His work has appeared in the repertoire of the most important opera houses worldwide, such as La Scala in Milan, the Metropolitan Opera in New York and the Royal Opera House in Covent Garden, London, along with England’s Glyndebourne festival. Káťa Kabanová is one of Carsen´s five productions of Janáček´s operas, originally created for the Flemish Opera. It has been performed in more than 20 opera houses around the world since its premiere, which is not surprising as the production, with its impressive set in which the whole stage is covered by water which mirrors Káťa´s emotions as well as her tragic end, is one of Carsen’s best works.

When Janáček started thinking about Ostrovsky´s drama The Storm as a theme for his new opera, his sixty-fifth birthday was coming close. During the last three years, many things had changed in his life; he had finally gained international recognition and had got to know Kamila Stösslová in Luhačovice in the summer of 1917, a lady who was a source of inspiration for his most significant works. It isn´t surprising that he chose a theme from Russian literature like The Storm, which was close to Janáček’s heart due to its tragic theme of a main heroine, Káťa, oppressed by social conventions. Janáček created the libretto himself, using the Czech translation of The Storm, but he altered the original significantly, reducing the number of characters and acts, and focusing mainly on the drama around the main heroine. He thus created one of his most intimate works. Janáček assigned the first performance and thus world premiere to National Theatre Brno, where the opera was performed at the Na hradbách theatre on 23rd November 1921. It met with extraordinary success, being performed in Prague one year later and shortly afterwards also abroad.

Act 1
The young teacher Kudrjas is admiring the view of the countryside and the River Volga. The peaceful afternoon is disturbed by the entrance of the angry merchant Dikoj and his nephew Boris. Kudrjas wonders why Boris still puts up with his uncle’s overbearing nature, and Boris admits that he is unhappy in Kalinovo, but has no other options. If he wants to collect his inheritance from his grandmother for himself and his sister he must, according to the will, live with his uncle and suffer all his wrongs until they are both of age. His unhappiness is further increased by his unrequited love for a married woman – Katya Kabanova. Katya is unhappy in her marriage, though, for she had grown up in a family that had surrounded her with love, but now she had a weak and alcoholic husband and a despotic mother-in-law, who mercilessly ruled over the family and detested Katya for she was jealous of Tichon’s love for her. She orders her son to go that day to the market in Kazan and reproaches him for his lack of love and respect towards her.

It is early evening in the Kaban household. Katya and Varvara are sewing and Katya is reminiscing upon her happy childhood days. She admits that she has secretly fallen in love, and the easy-going Varvara offers to be her intermediary. Tichon arrives to bid farewell to his wife before his journey. Katya begs him to swear to speak to no strangers or else to take her along. Tichon does not understand and refuses. Kabanicha watches over their farewells and on her orders Tichon humiliates Katya with an undignified reprimand.

Act 2
Kabanicha reproaches Katya for not making a sufficient display of grief over Tichon’s absence. Varvara brings the key for the garden gate which she had taken from Kabanicha so that she could visit Kudrjas. Katya hesitates, but takes the key. The drunken Dikoj goes to Kabanicha and implores her for her favour. At the back of the Kaban family garden Varvara meets Kudrjas, and at Varvara’s behest Boris comes also. Katya attempts to overcome her desire for Boris, but she finally falls into his arms.

Act 3
A severe storm is brewing over the little town. The townspeople seek shelter in the semi-derelict, burned-out monastery. Kudrjas uses the opportunity to conciliate Dikoj by talking to him about a new invention, the lightning conductor, and his idea to introduce them to the town. However, for Dikoj the storm is a sign of the anger of God and dismisses Kudrjas with a curse. Varvara searches for Boris. She finds him and tells him that Tichon has returned home and that Katya was very upset. The Kabans also shelter in the ruined building and Katya, frightened by the storm, confesses in front of everyone that he had been unfaithful with Boris. Kabanicha is triumphant. Tichon wants to forgive Katya, but she flees into the tempest.

Glasha and Tichon search in vain for Katya. Varvara is also determined to leave the family home and agrees with Kudrjas to elope to Moscow. Katya goes to the banks of the Volga having made up her mind that the only freedom from her unbearable life is death, but wishes to say farewell to Boris. He arrives with the news that his uncle has sent him to run his business in Siberia, and after his departure Katya throws herself into the depths of the Volga. 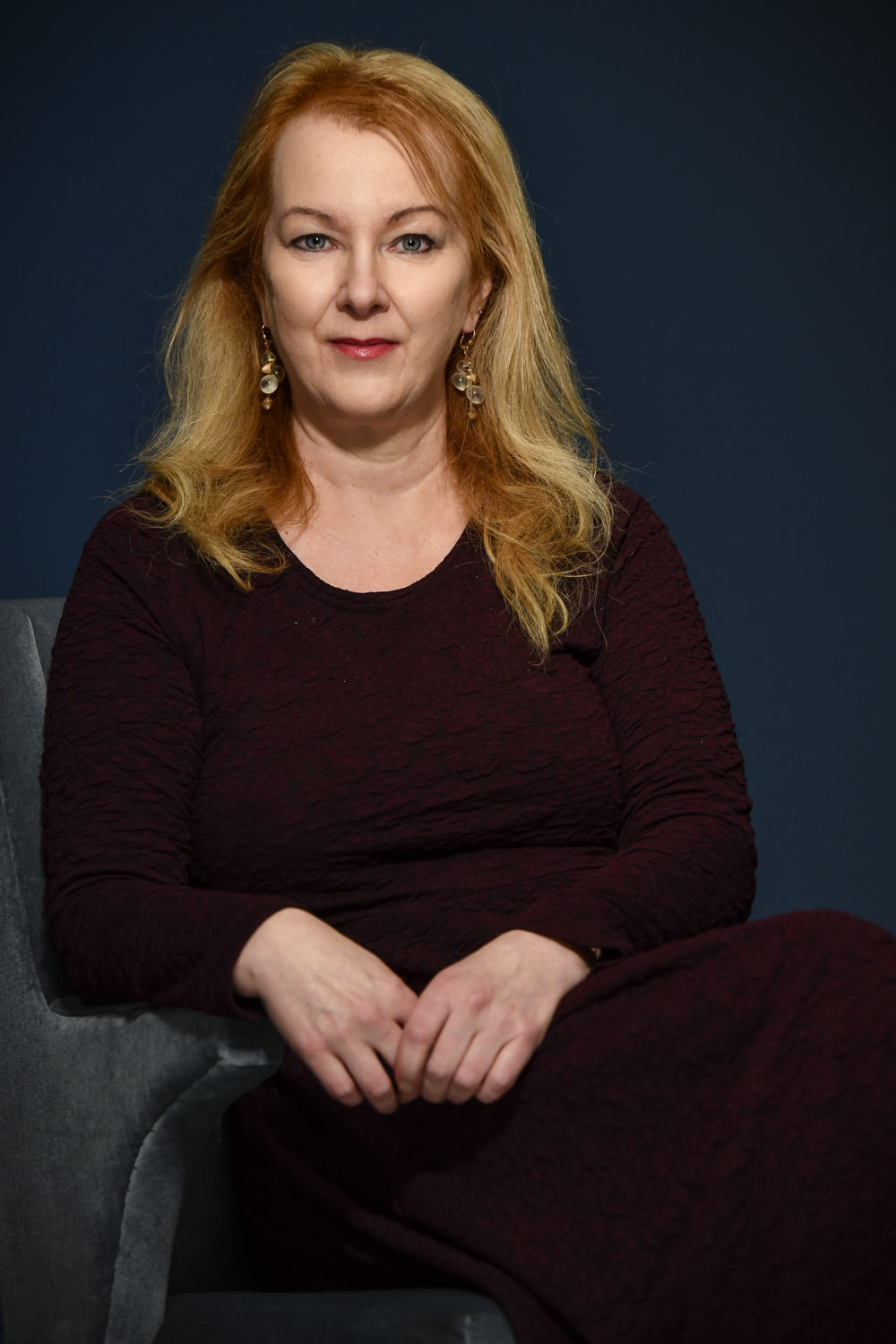 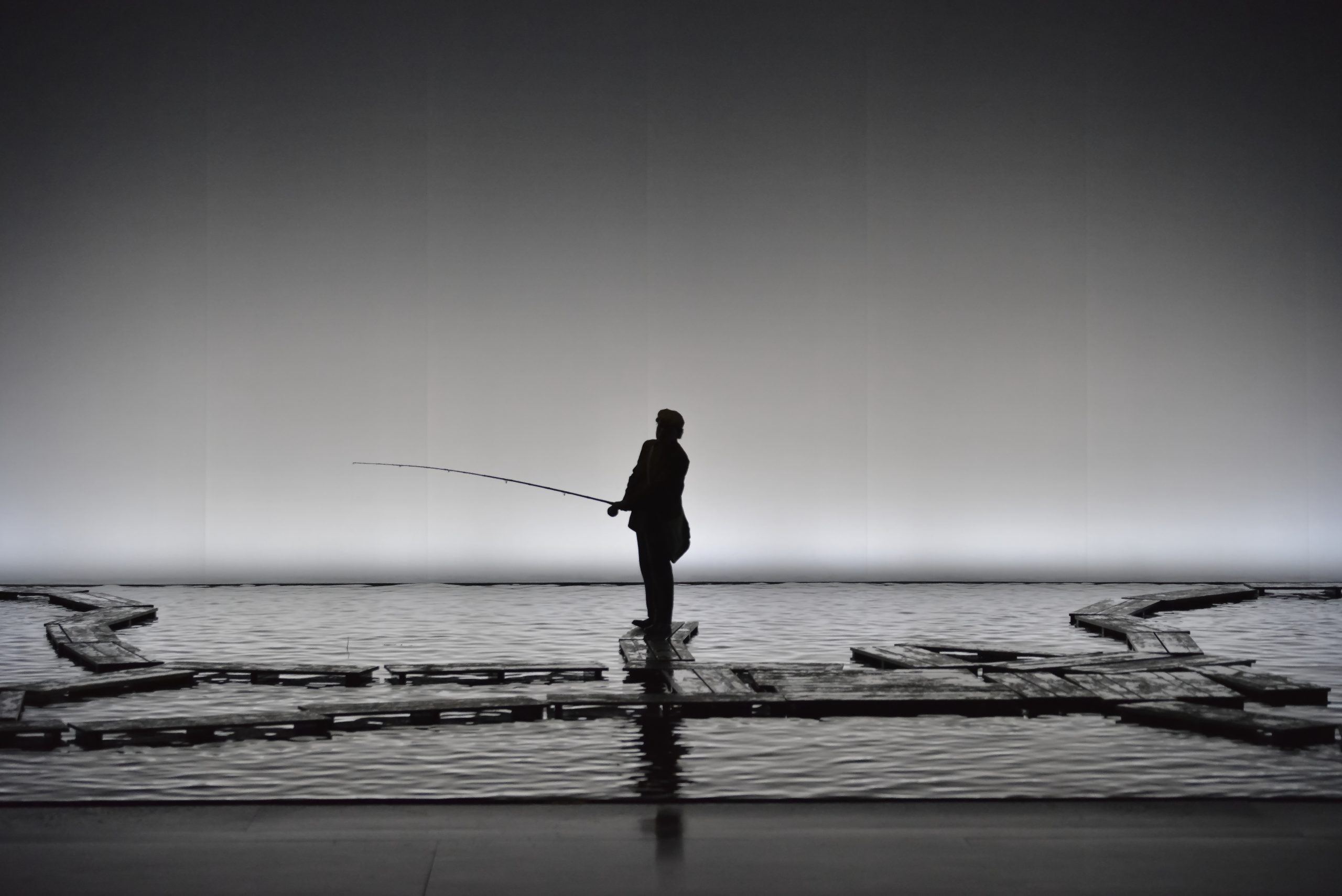 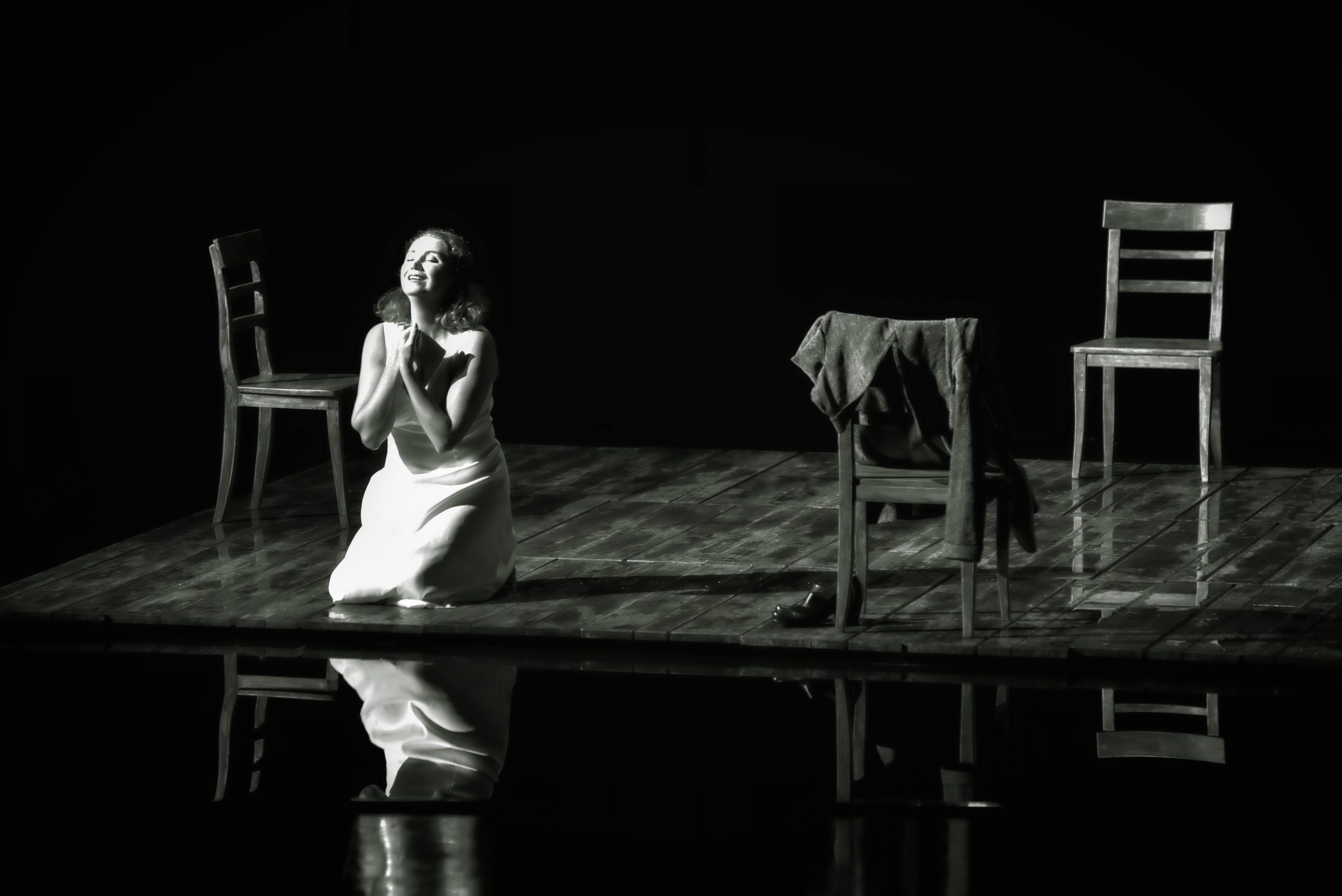 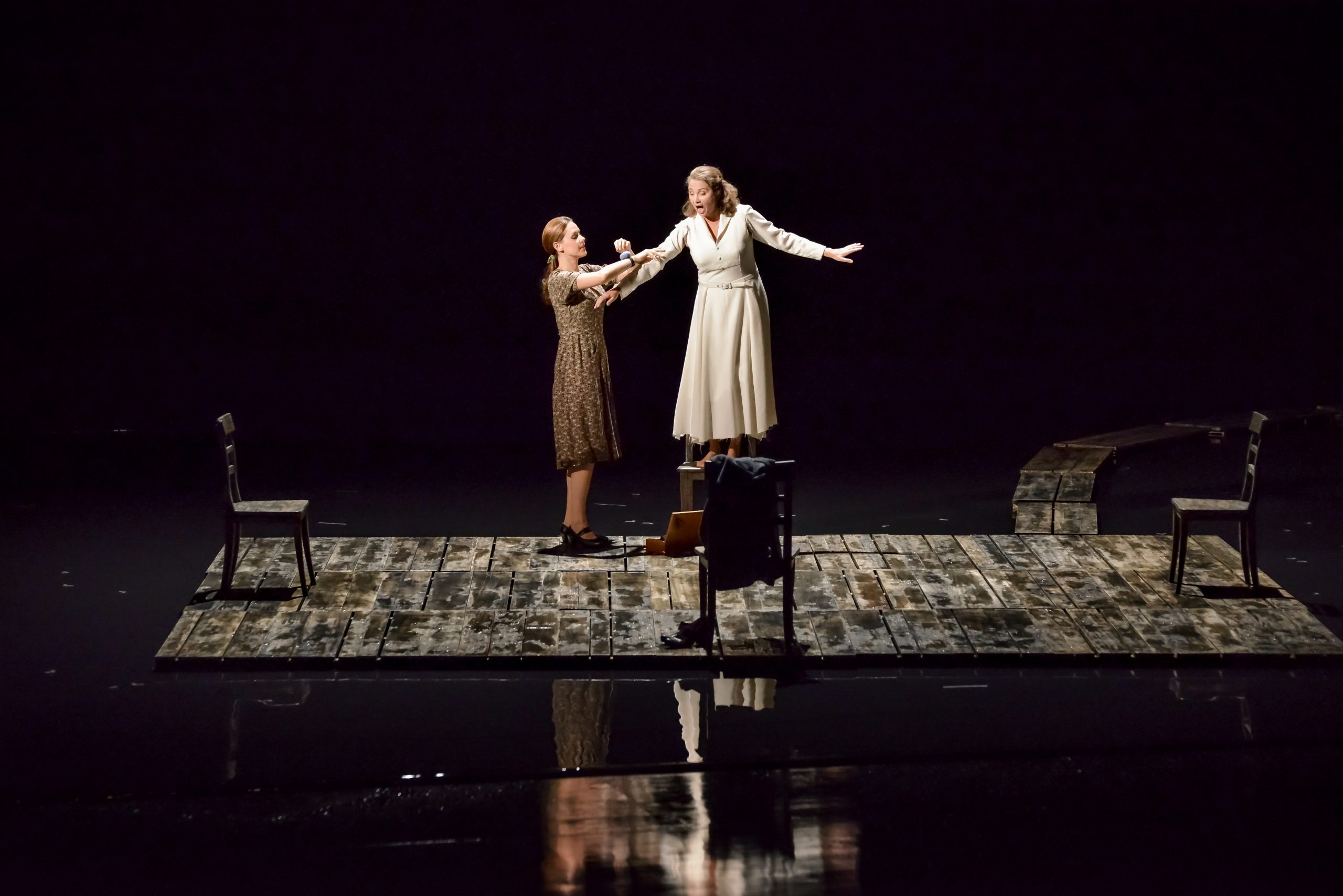 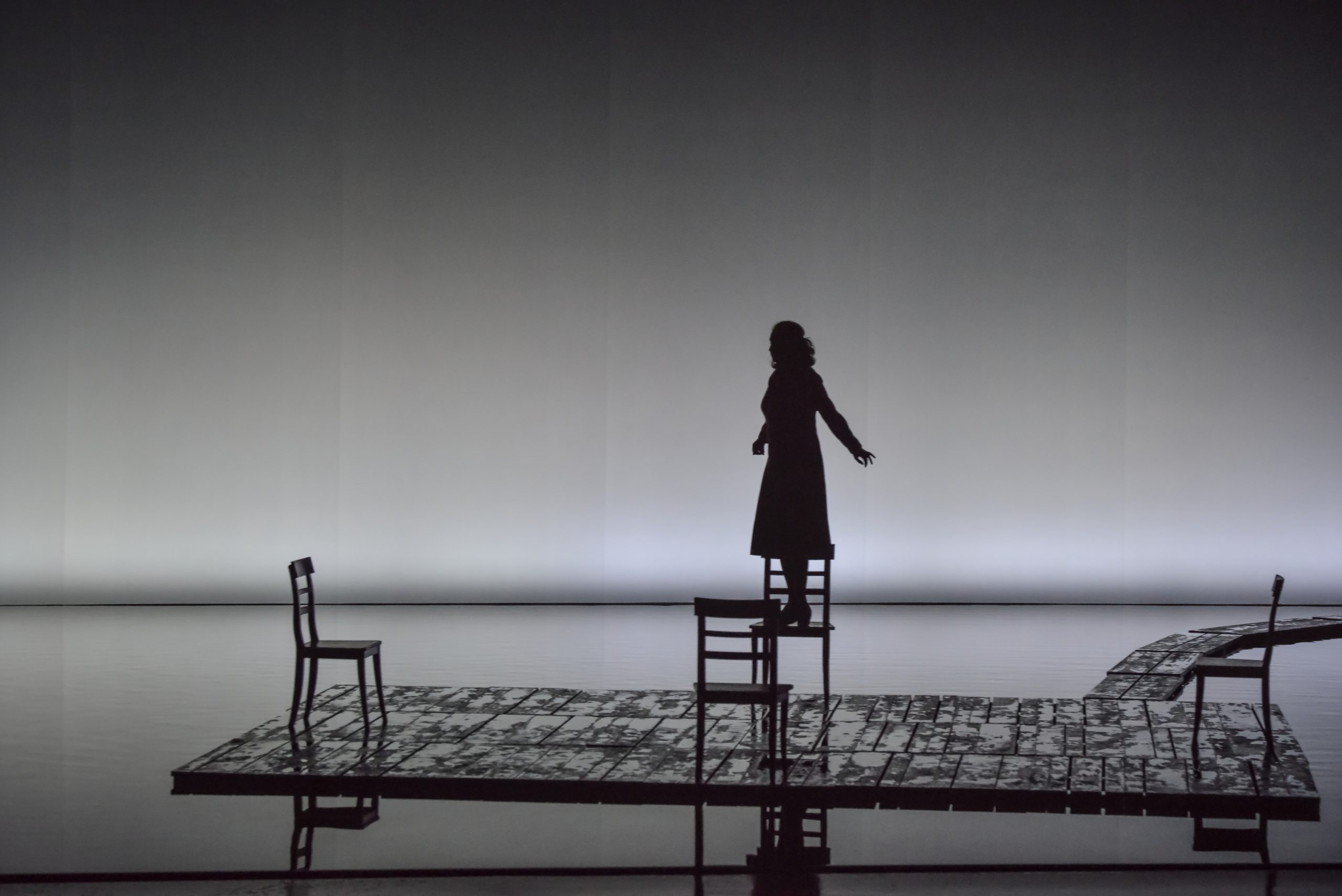 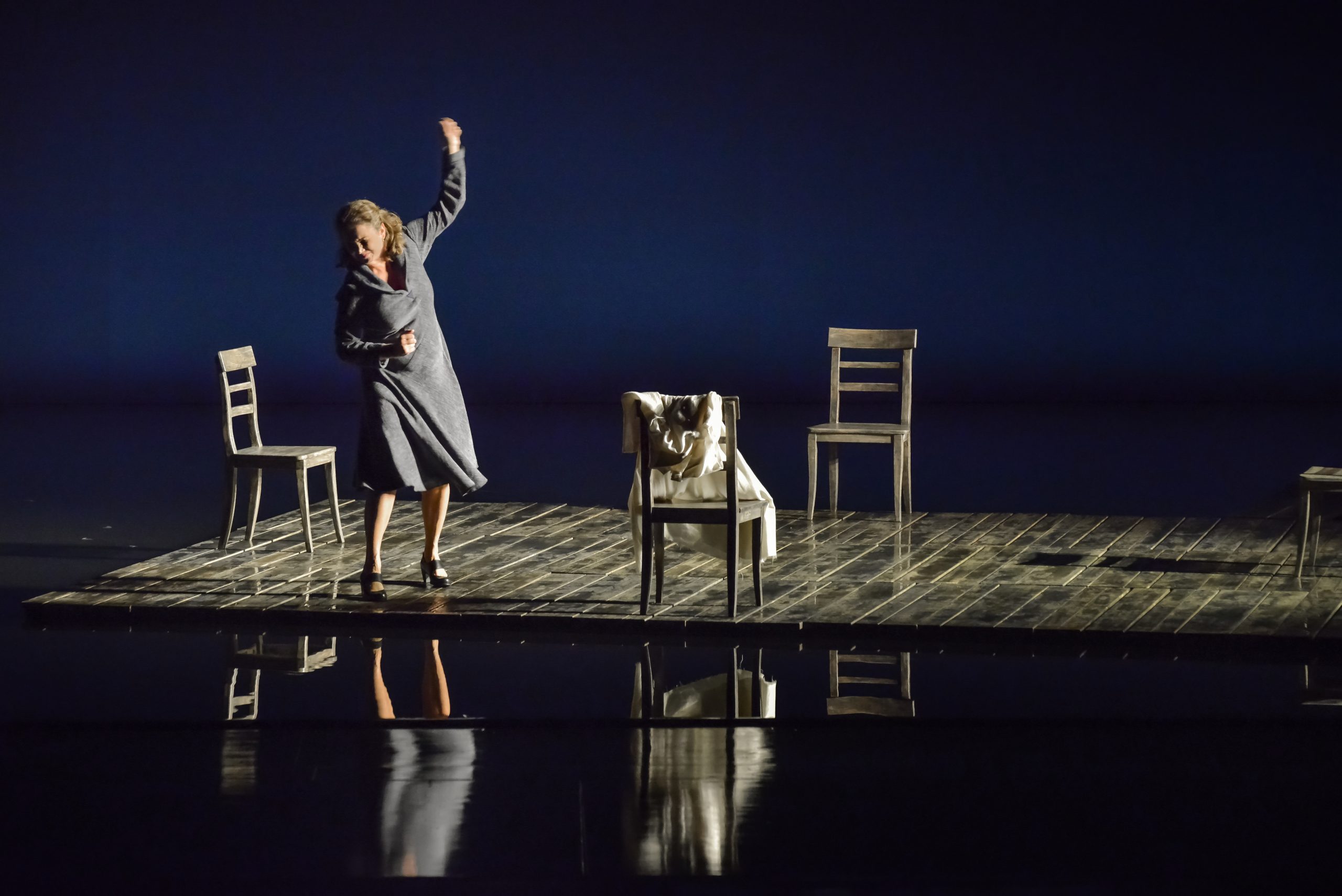 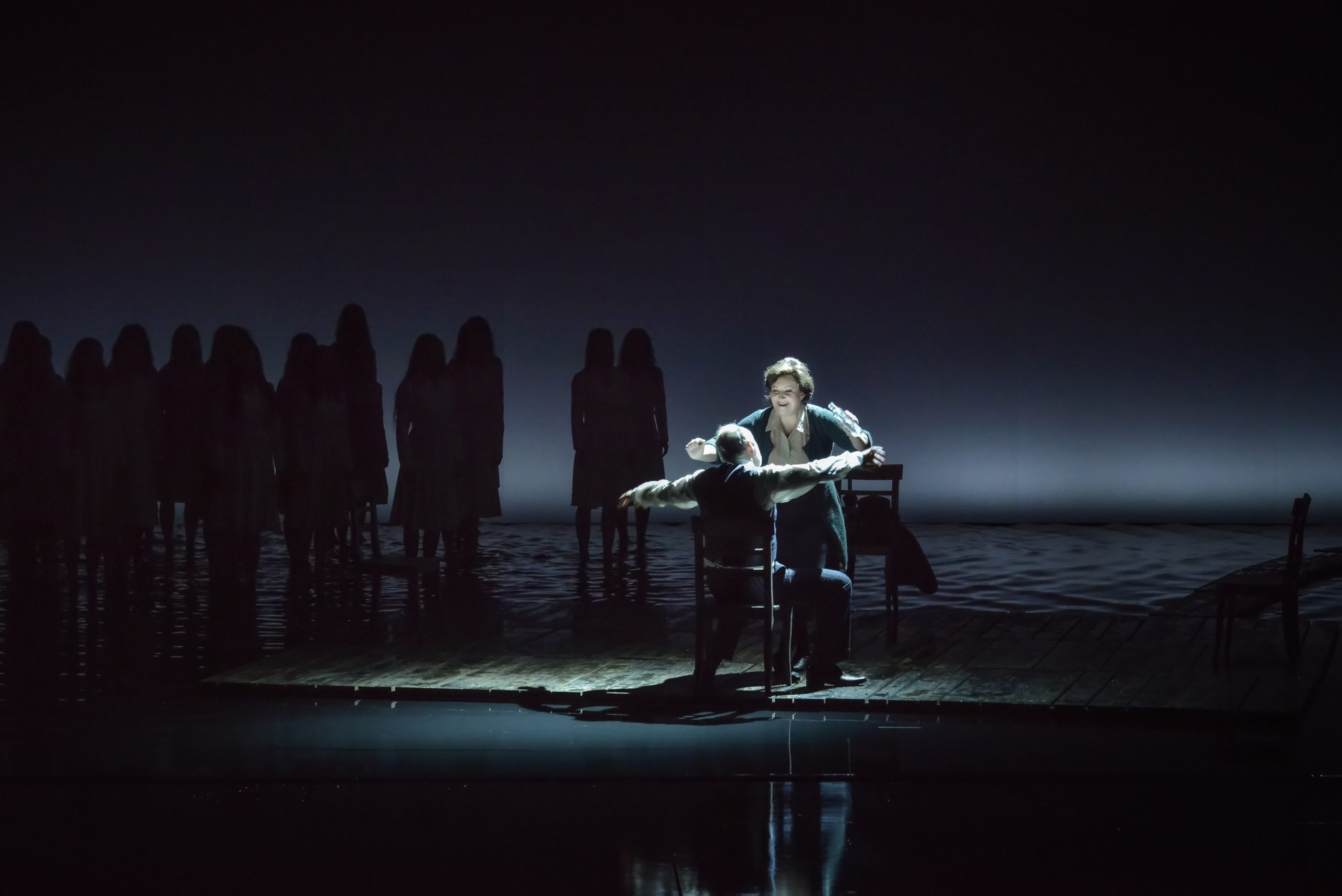 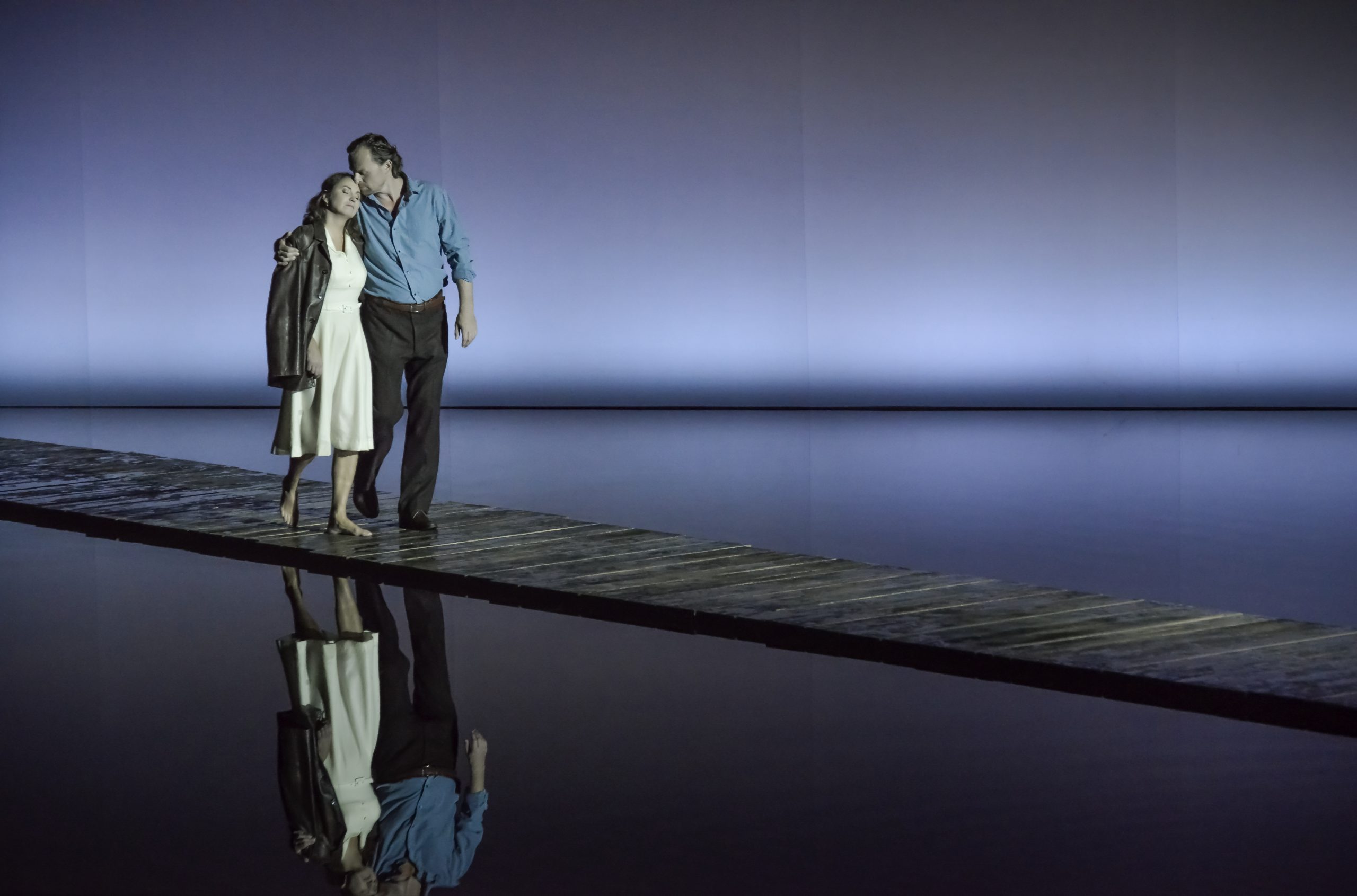 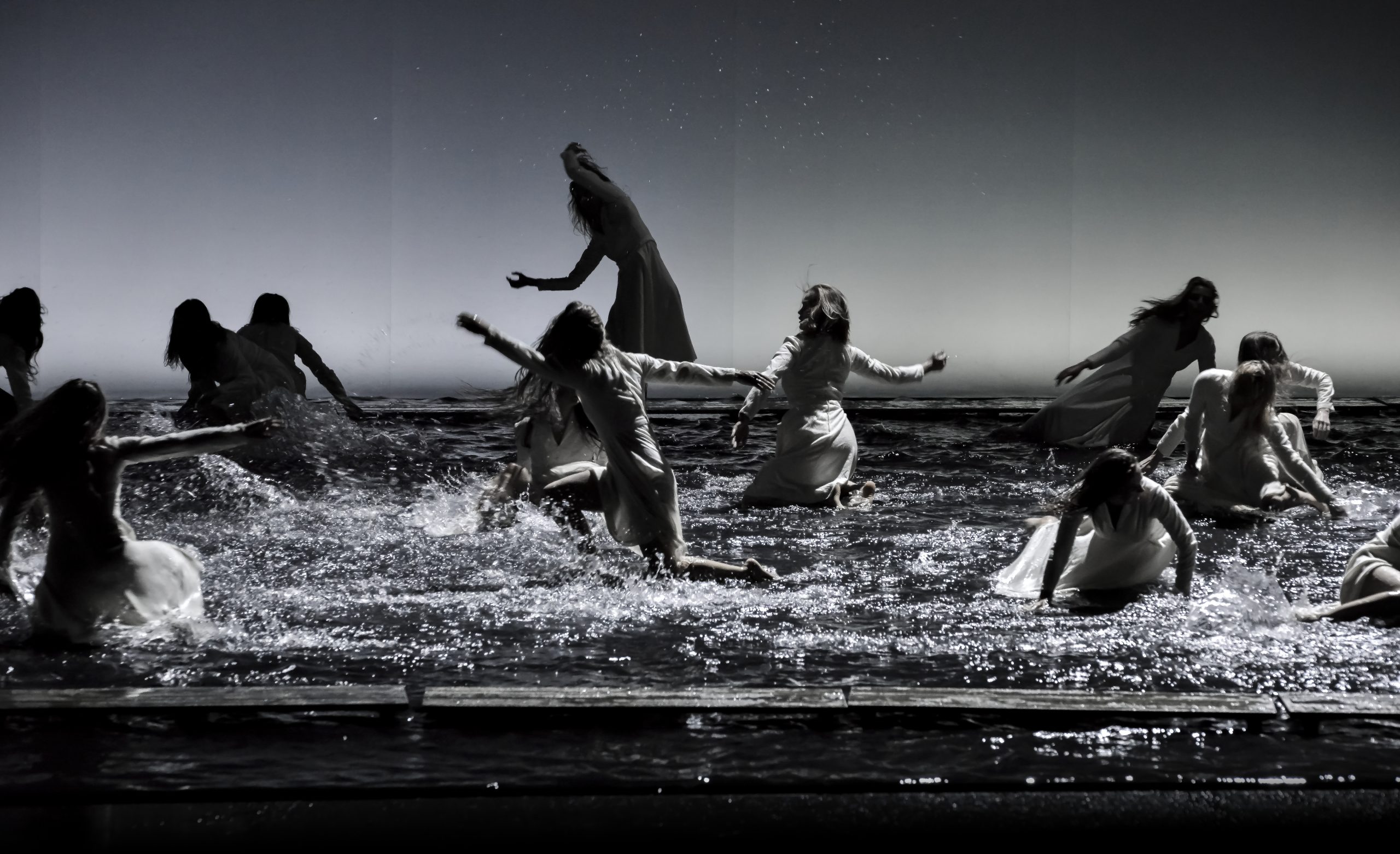 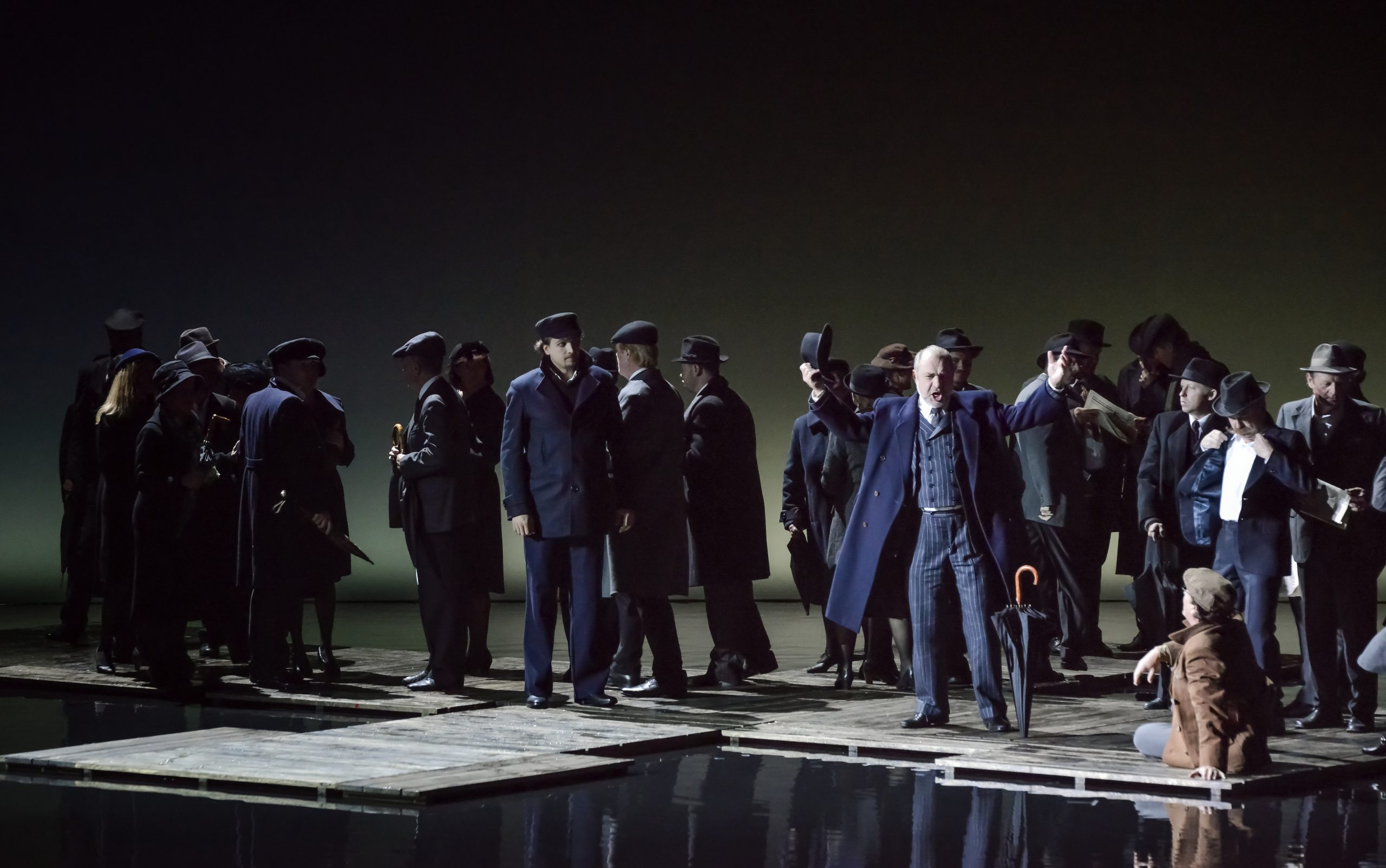 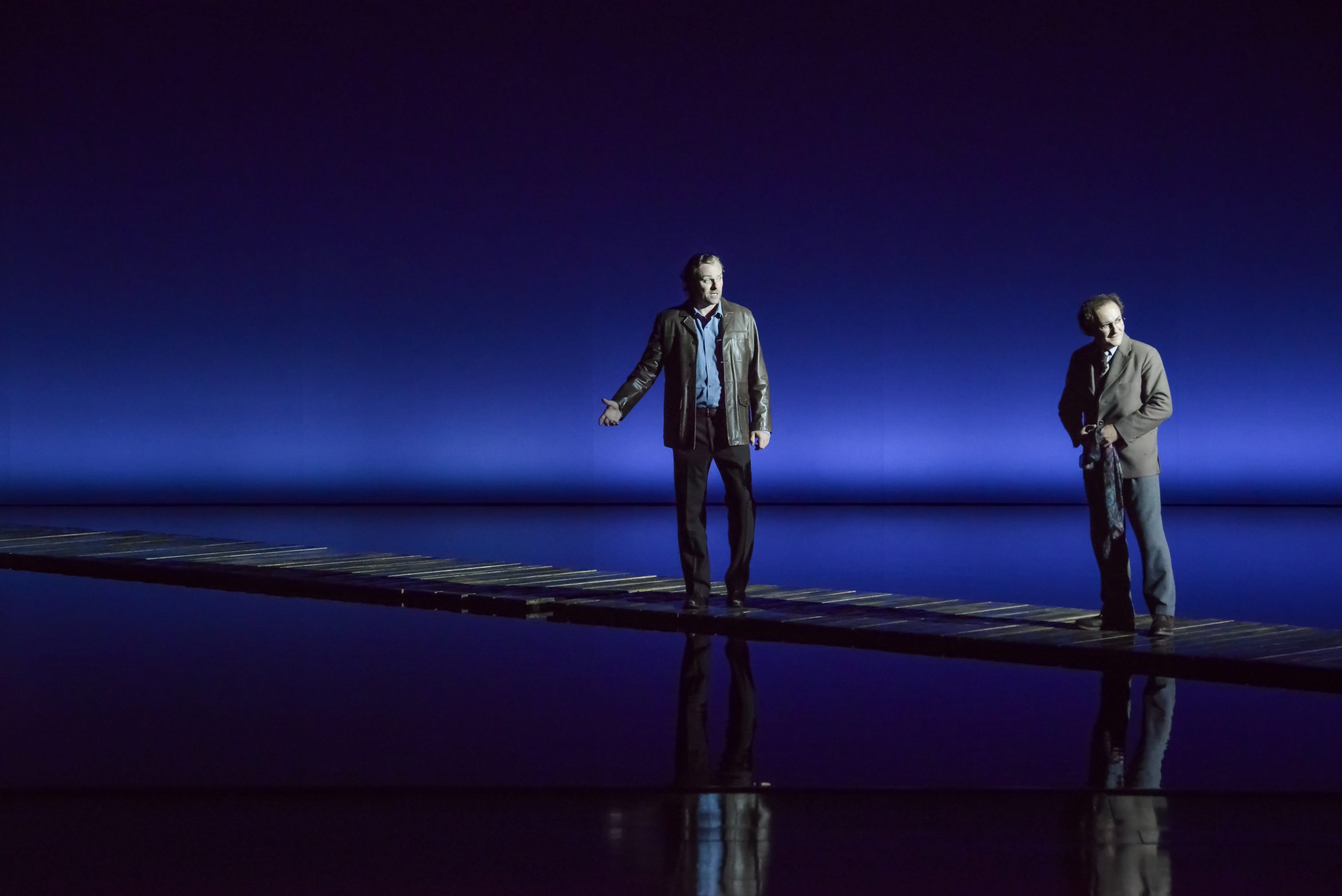