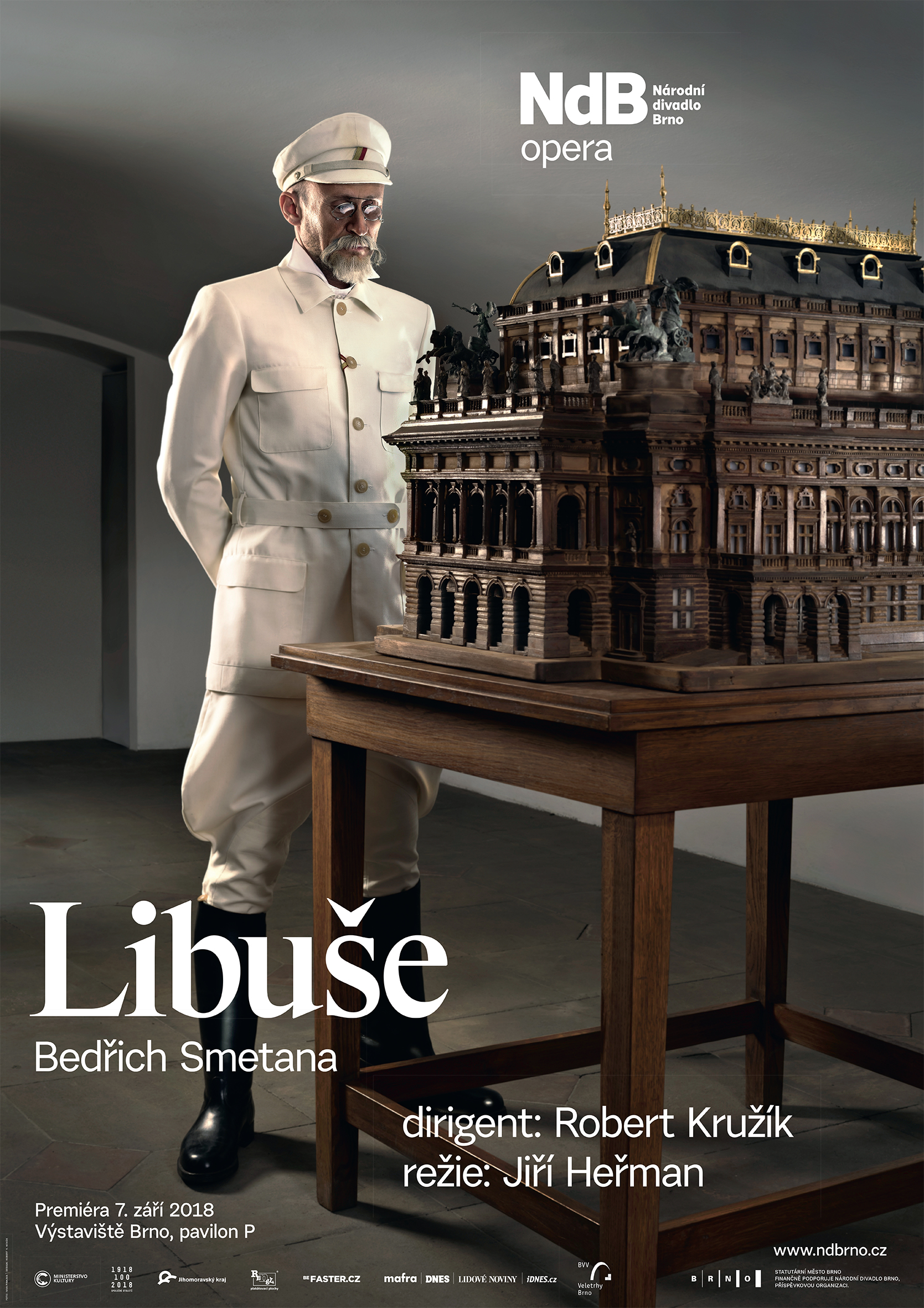 Staged in Czech with Czech and English subtitles. The performance lasts about 3 hours 50 minutes, including two intervals.

The eternal gods above the clouds gave down on this land with grace!

The creation of an independent Czechoslovak state is one of the most important events in our history. This had been the aim of the efforts of Czech patriots and politicians throughout the 19th century and in the autumn of 1918 they were fulfilled and a new era began for our nation. The battle for Czech statehood became an inseparable part of the arts and led to the creation of works that became a permanent symbol of our national culture. One such work is the ceremonial work of musical theatre Libuše by Bedřich Smetana, built on the myth of the fabled Czech princess. The opera, which culminates in the grandiose scene of the prophecy of the future of the Czech nation, was first heard in 1881 on the opening of Prague’s National Theatre. It was Smetana’s wish that the work be performed on “particularly significant days” and so it was. The production of Libuše was always associated with ceremonial occasions as well as with the most difficult moments in the life of the Czech nation. This new staging of Libuše marks the occasion of the celebration of the centenary of our statehood. For its performance a place was selected that has played an irreplaceable role in the history of Brno – the premises of the Brno Exhibition Centre – a place that owes its existence to the establishment of the independent republic.

Our production looks at the values of our society and also, I believe, at the hope for our nation, which was clearly set out by T. G. Masaryk and the first lady of the Czechoslovak Republic, Charlotte Garrigue Masaryk. Performing Libuše at the Brno Exhibition Centre gives this production an added dimension. The celebrations marking the opening of the Brno Exhibition Centre were linked with the first exhibition of contemporary Czech culture, and we hope that our production will be a continuation of these cultural ideals and lead us back to the basic aspects of humanity and the reasons for existing on such a threatened planet.
Jiří Heřman

It is October 1918, and the desire of the Czech nation for an independent state has been fulfilled. A celebratory performance is being held for the first Czechoslovak president, T.G. Masaryk, at the National Theatre. He is accompanied by a crowd of those who will become his successors in the role of the head of our state. Just as the events and conditions occurring during their time in office were very different, so does each of the presidents in attendance have his own specific attitude to the story of the beginning of the Czech nation as it unfolds before him.

Act 1
The Czech nation lies under the threat of division. The brothers Chrudoš and Šťáhlav are arguing over their inheritance after their father’s passing and it seems as thought the conflict can only result in battle. Their sister, Radmila, decides to ask Princess Libuše to call an assembly and settle the dispute between the two siblings. Šťáhlav and Chrudoš are accompanied by their uncle Lutobor to Vyšehrad, where the council of elders has gathered. Hot-blooded Chrudoš insists on being the sole heir to all of their father’s property, as is the law of the land ruled by the neighbouring Germans, while Šťáhlav is willing to submit to the judgement of Libuše and the council, whatever it may be. Libuše´s decision is that the brothers should manage the family’s estates together, as is the custom among Czechs. Chrudoš angrily refuses to accept the judgement as well as the rule of a woman whom he considers weak. Dishonoured, Libuše decides to hand over the sceptre to a man and asks the members of the council to appoint a person to become her husband and the ruler of the nation. They agree, but insist she chooses the man herself. Libuše thus decides that Přemysl of Stadice will become her husband and sends Radovan to tell him the happy news.

Act 2
Lutobor and his daughter Krasava go with Radmila and Šťáhlav to the mound where the father of both quarrelling brothers is buried. Krasava has confessed to her father that there is more to the dispute between the two brothers than just the inheritance. She is in love with Chrudoš, but he rejected her at first when she told him. When he finally revealed that he felt the same way, the offended Krasava told him by way of revenge that she was in love with his brother Šťáhlav. Now she begs her father to forgive her, but he is willing to do so only if she makes peace with Chrudoš and persuades him to obey Libuše. Chrudoš arrives and, surprised by the presence of Krasava, declares his desire to leave. However, she proclaims her love for him and Chrudoš, who also loves her, rejoices.

The cheerful singing of harvesters can be heard in Stadice, where Přemysl is thinking about Libuše. He has deep feelings for her but dares not hope that they could ever be returned. Suddenly, a sound distracts him from his meditations – a crowd is approaching, headed by Libuše´s white horse.  Radovan tells him that he has been chosen to become Libuše´s husband and the ruler of the Czech nation. Přemysl says goodbye to his people and sets out for Vyšehrad.

Act 3
Libuše joyously awaits the arrival of Přemysl. Only Chrudoš attempts to resume the dispute, but is pacified by Krasava. Přemysl arrives and the people welcome him. He promises that he will be a good ruler but asks for just one thing – for Chrudoš to apologise to Libuše. The proud Chrudoš refuses to submit, but agrees in the end and everything is settled. The festive moment is crowned by Libuše´s vision of the future of the Czech nation. Moments of celebration appear before the eyes of the princess, as well as trials and tribulations, but she promises that the Czech people will overcome all hardships. 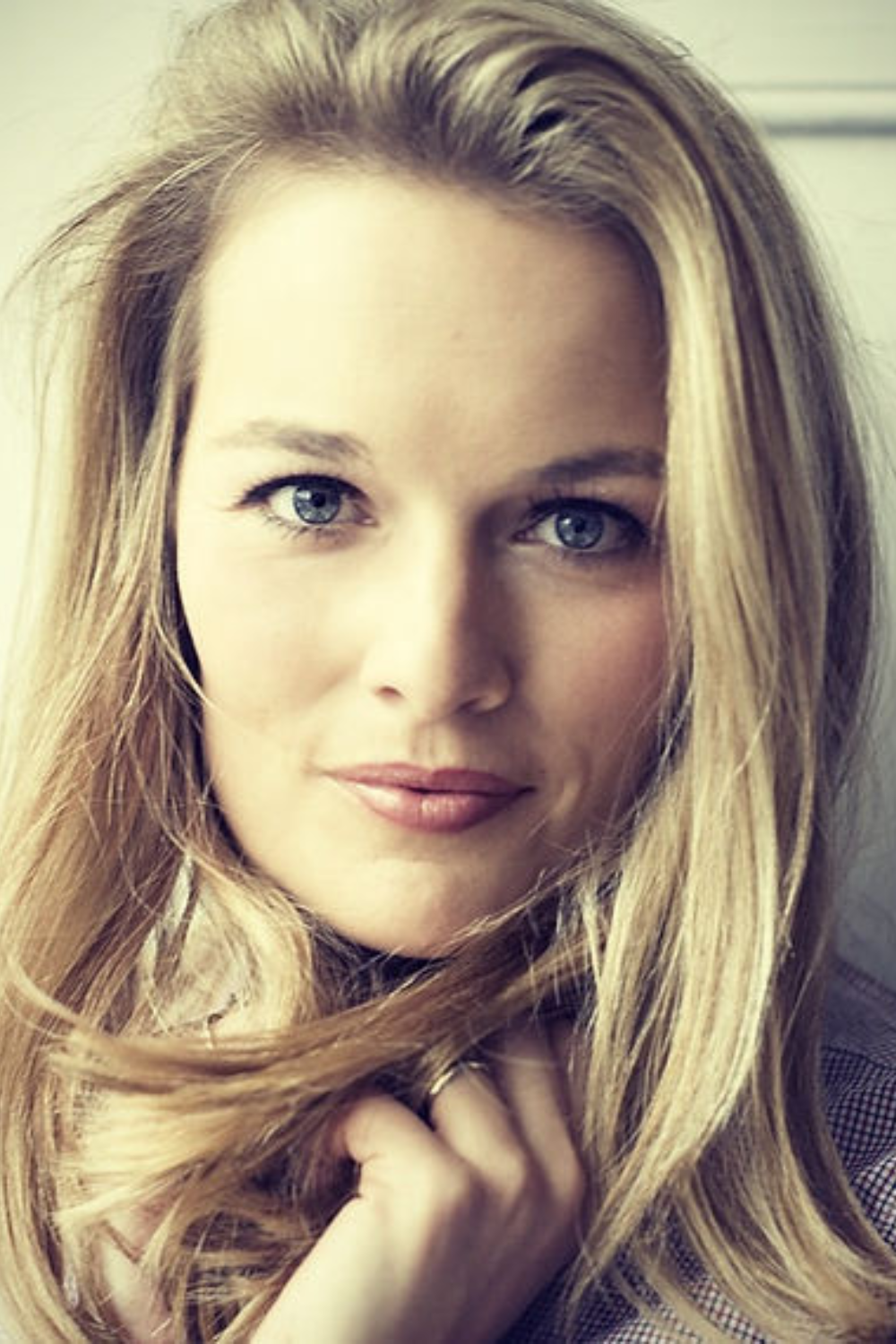 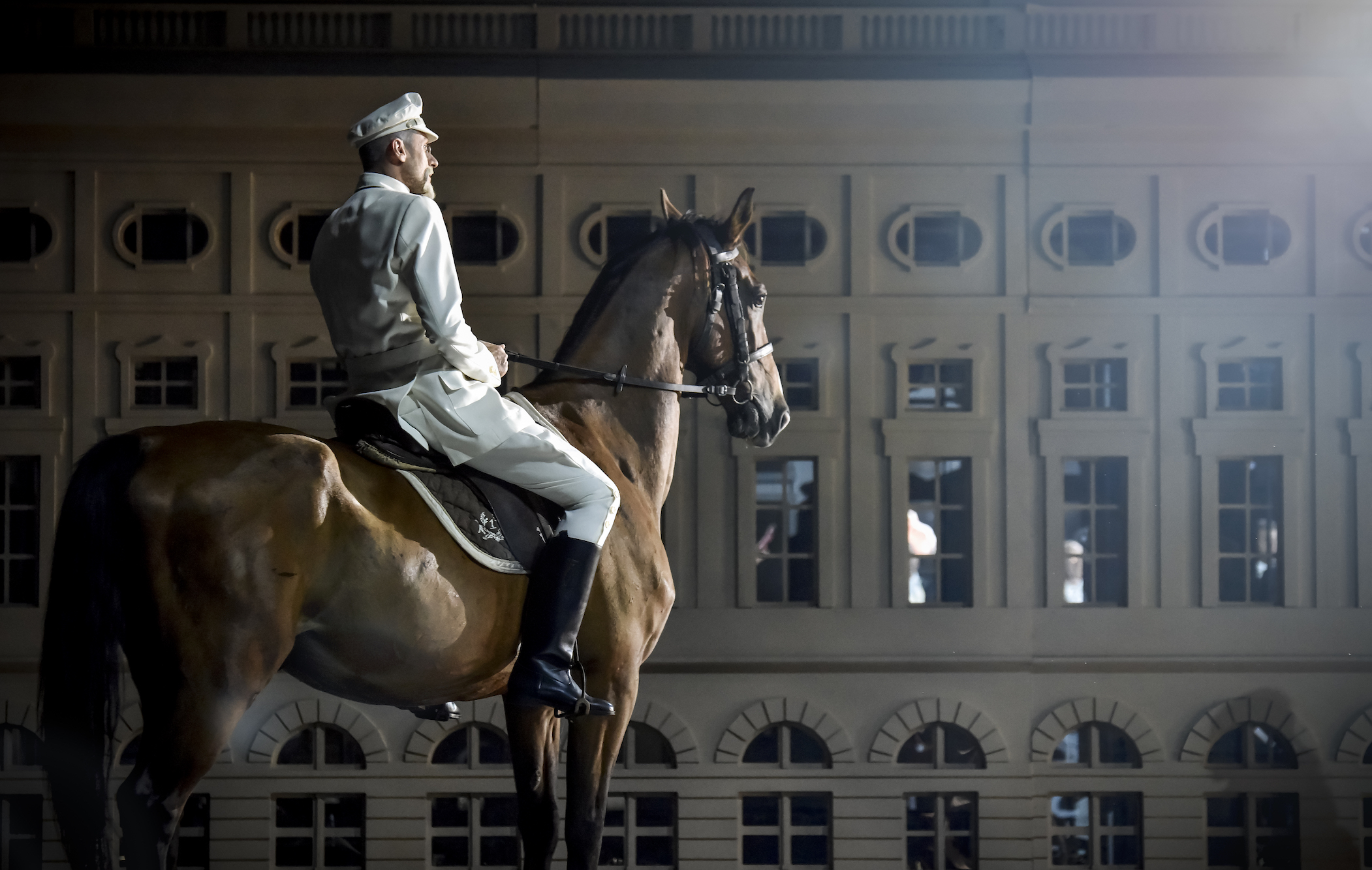 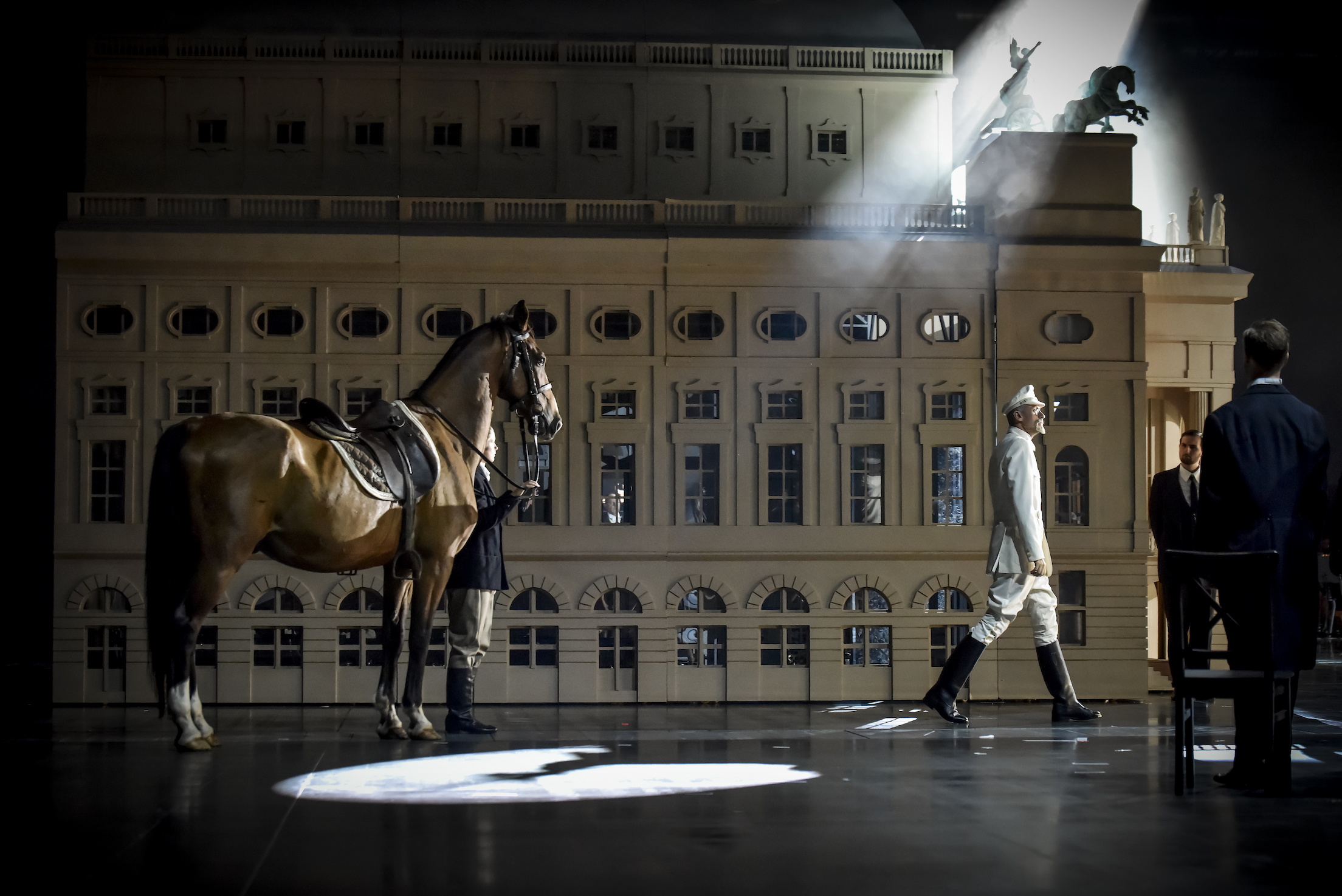 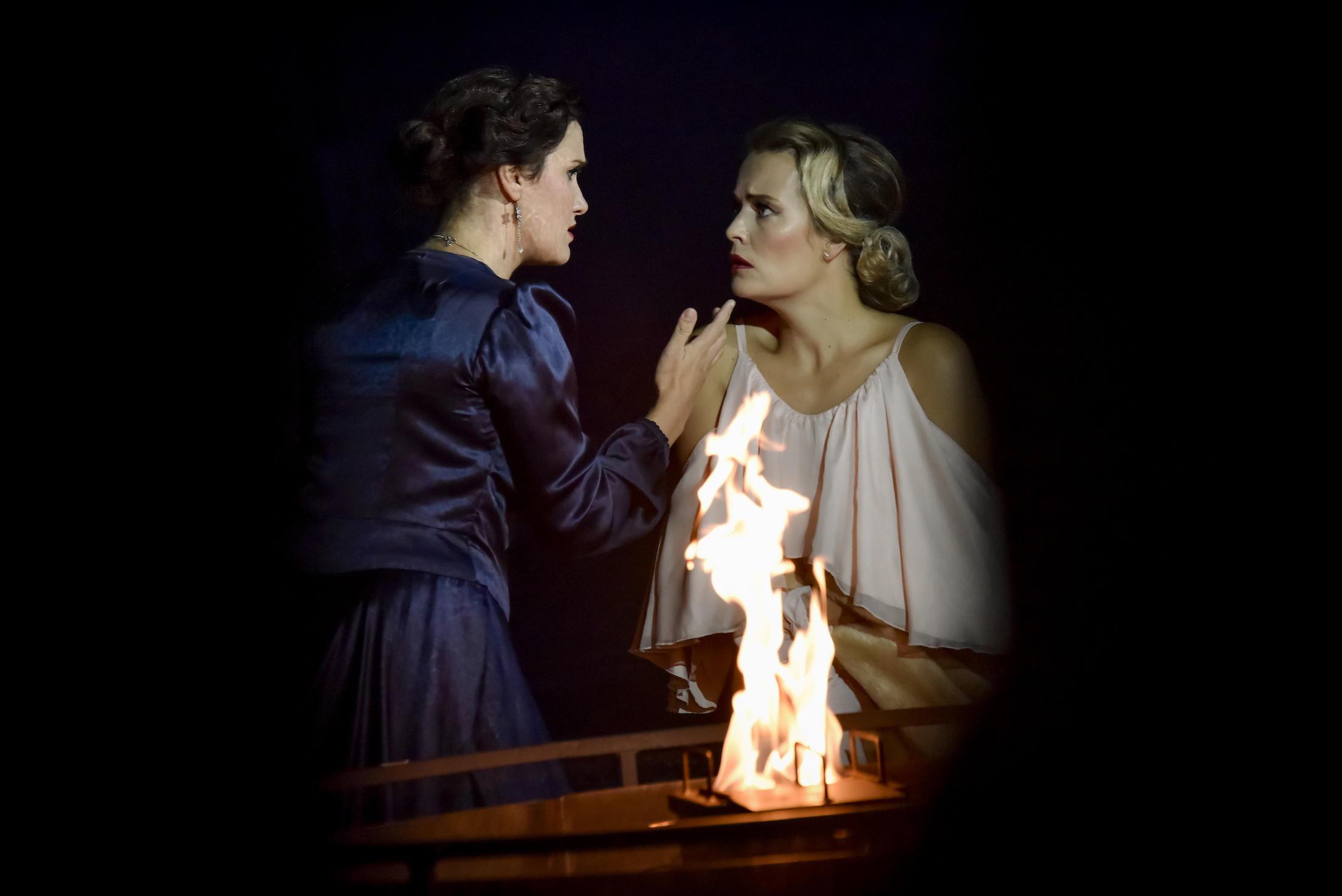 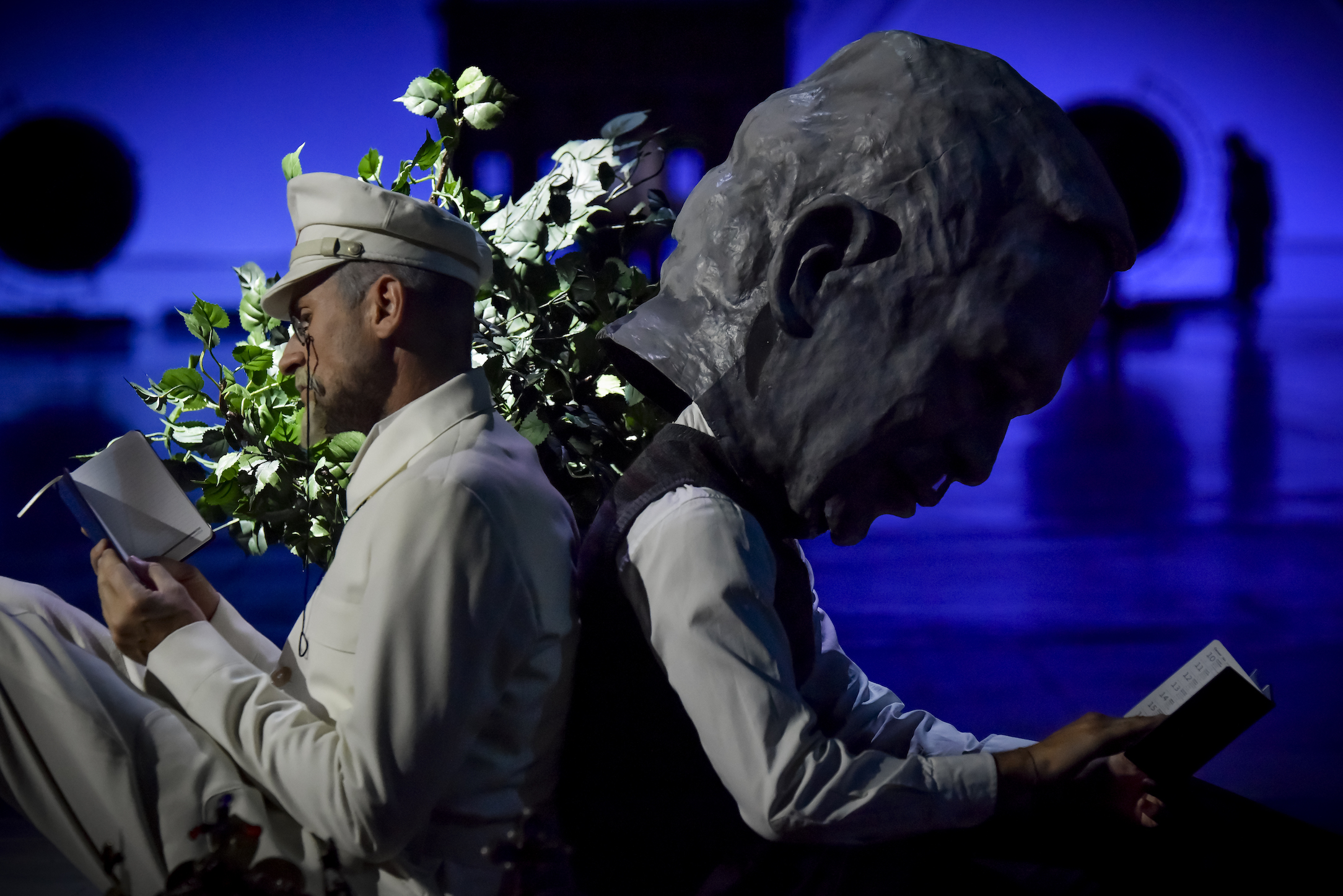 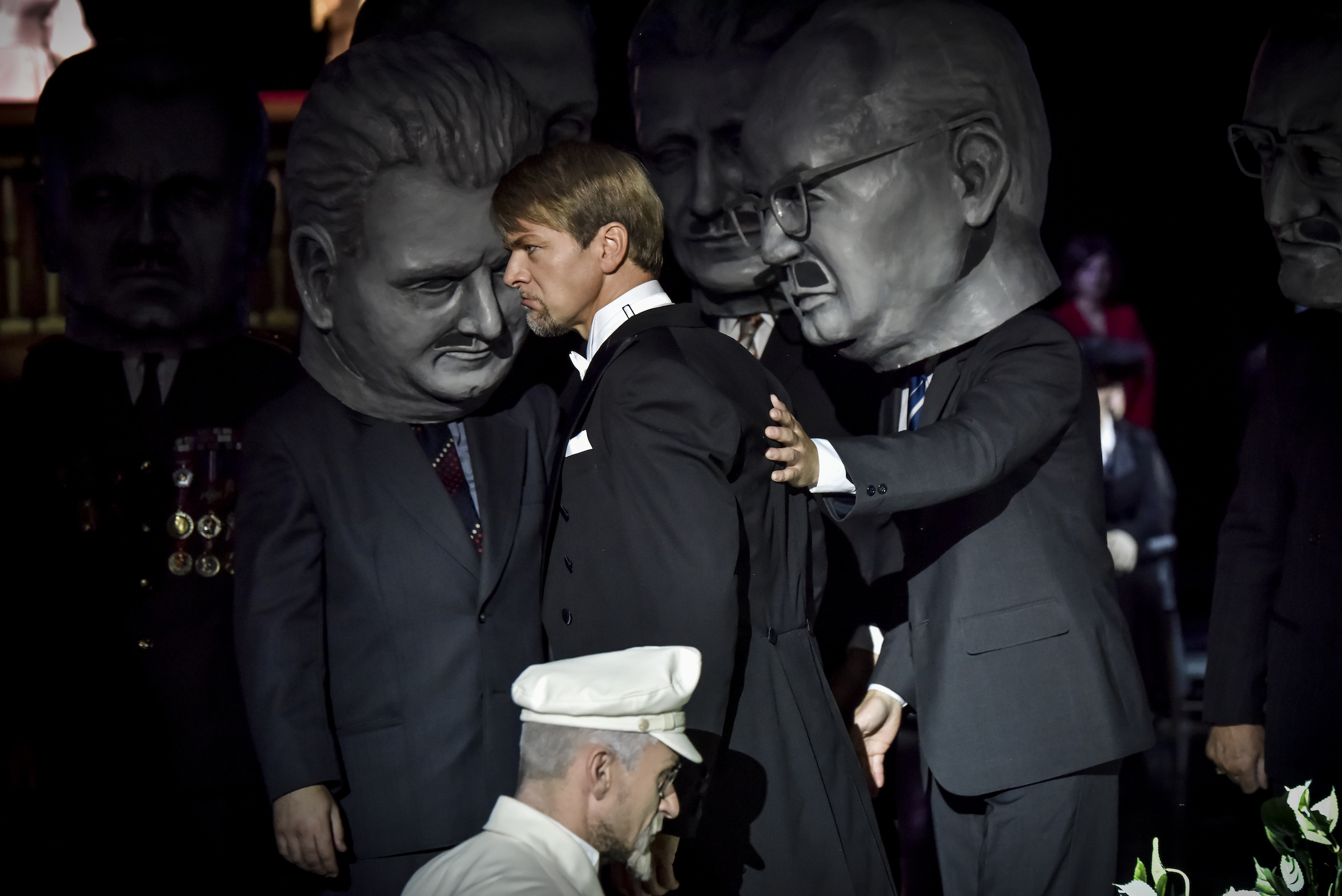 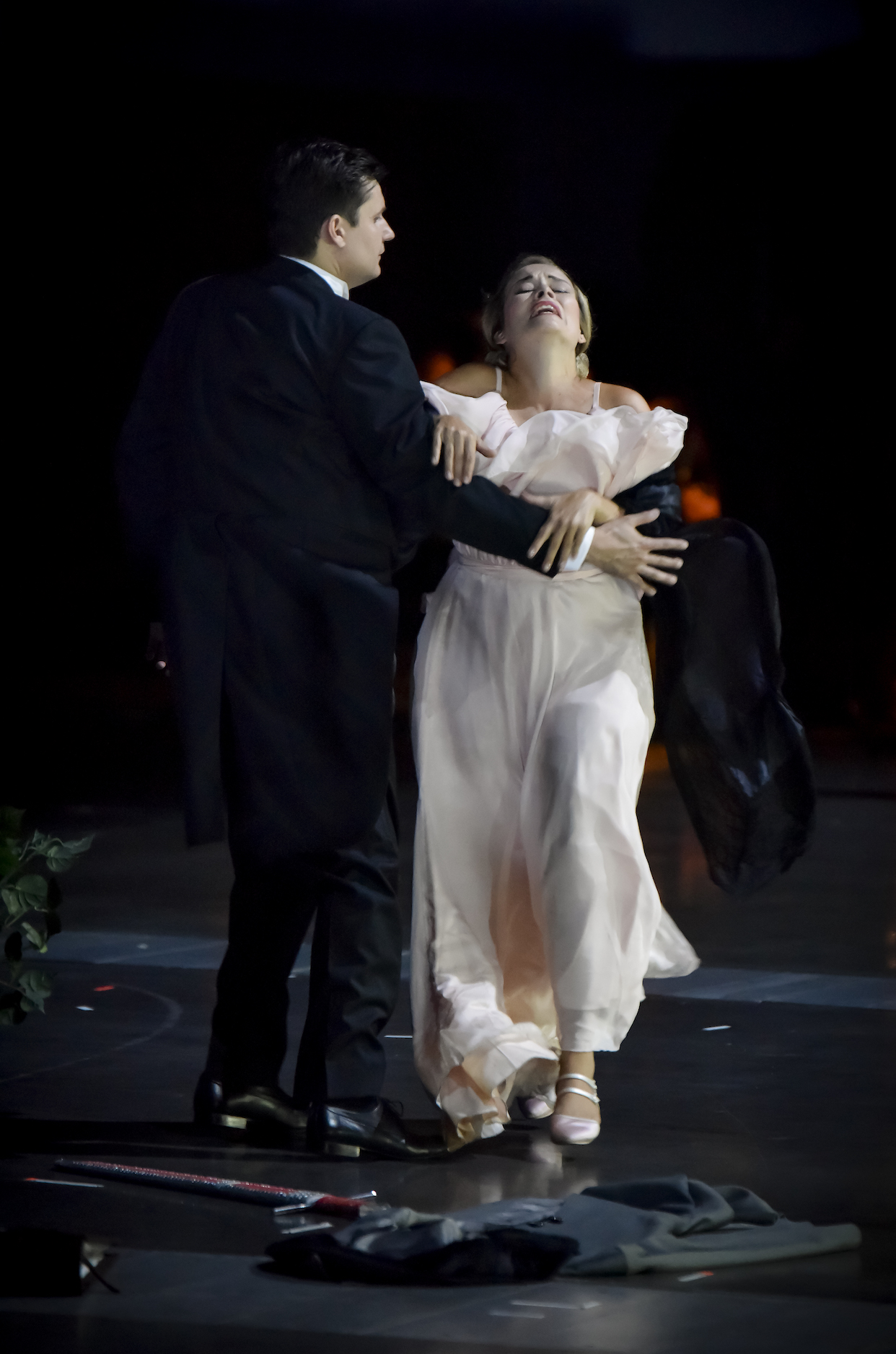 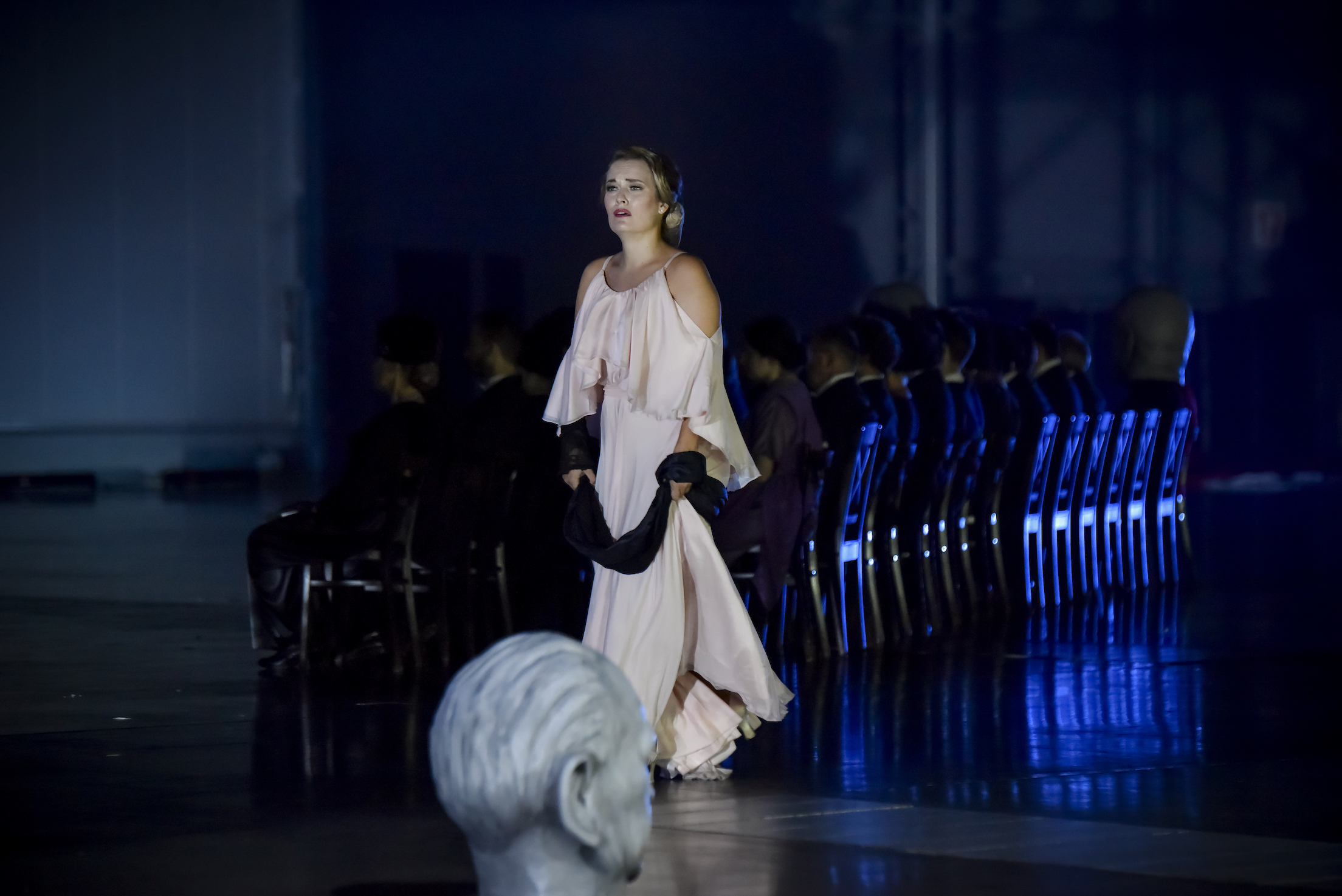 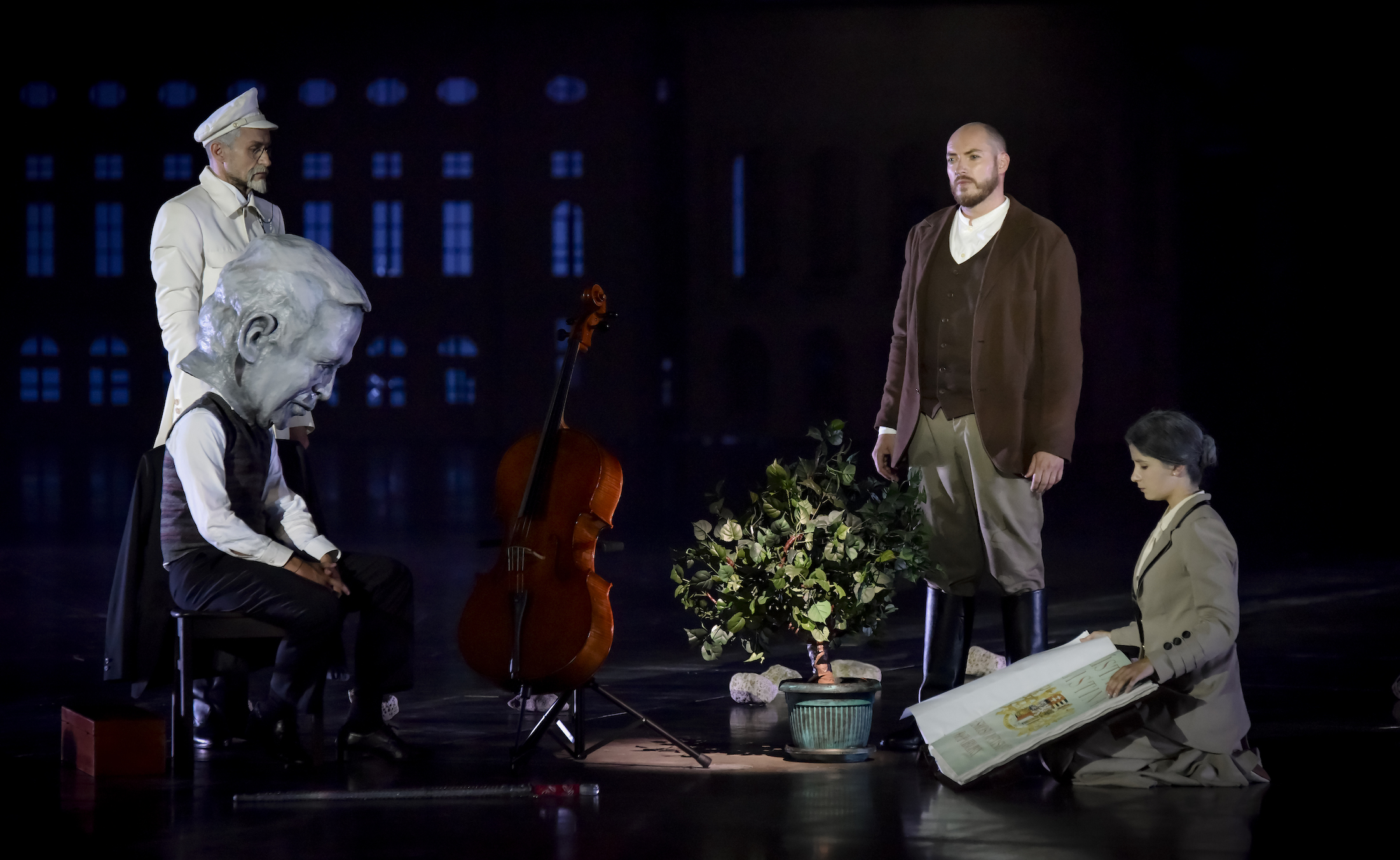 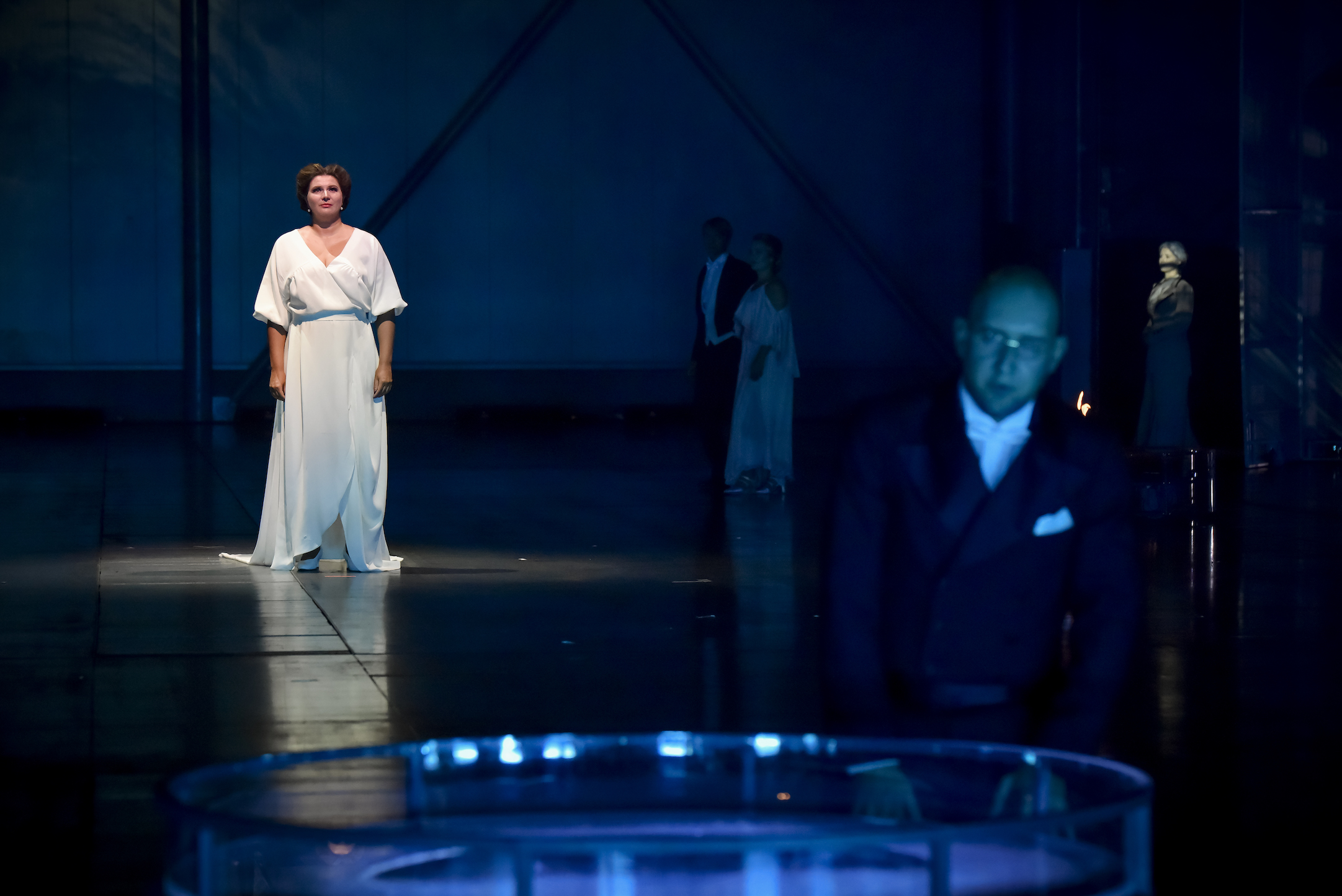 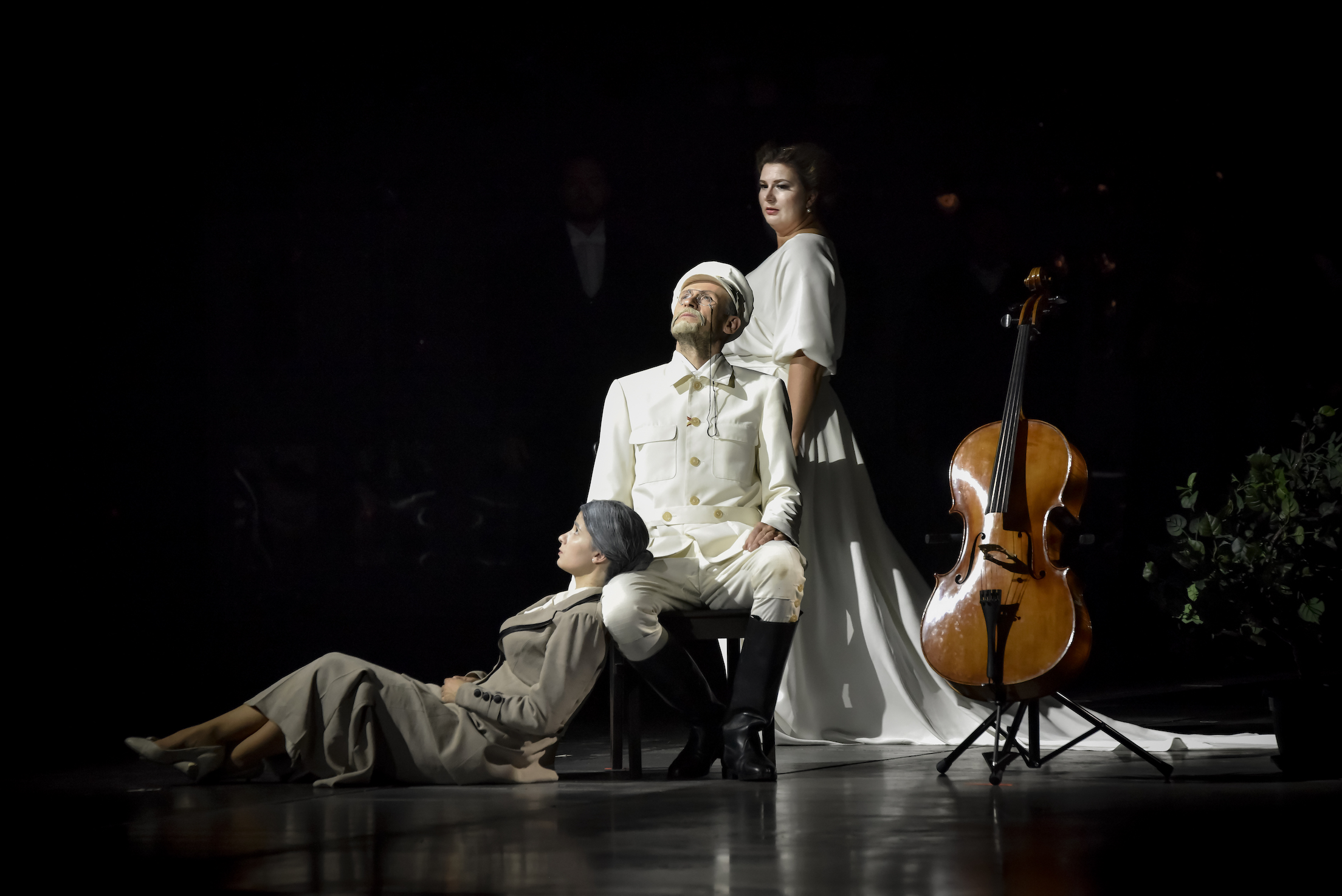 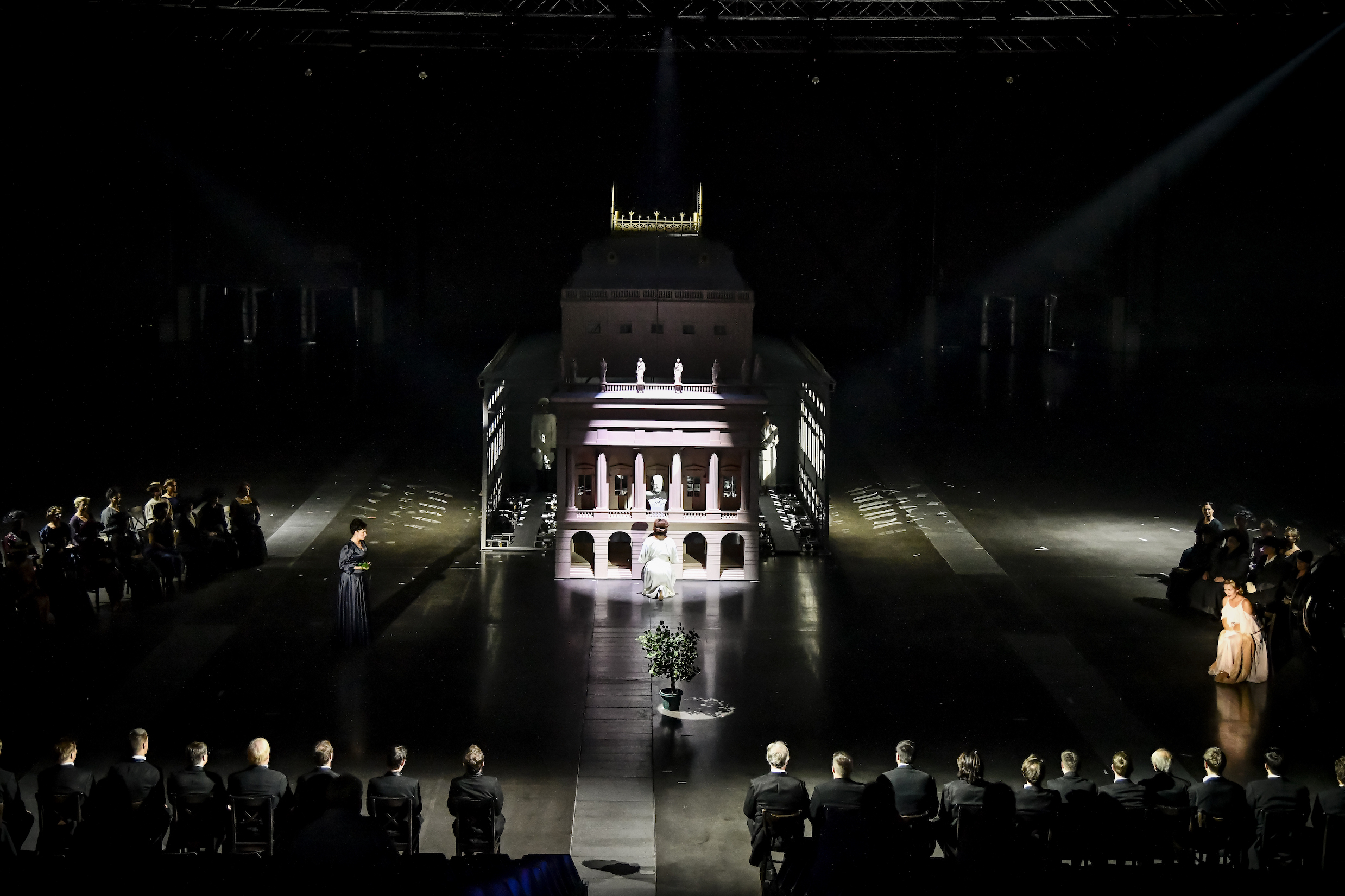 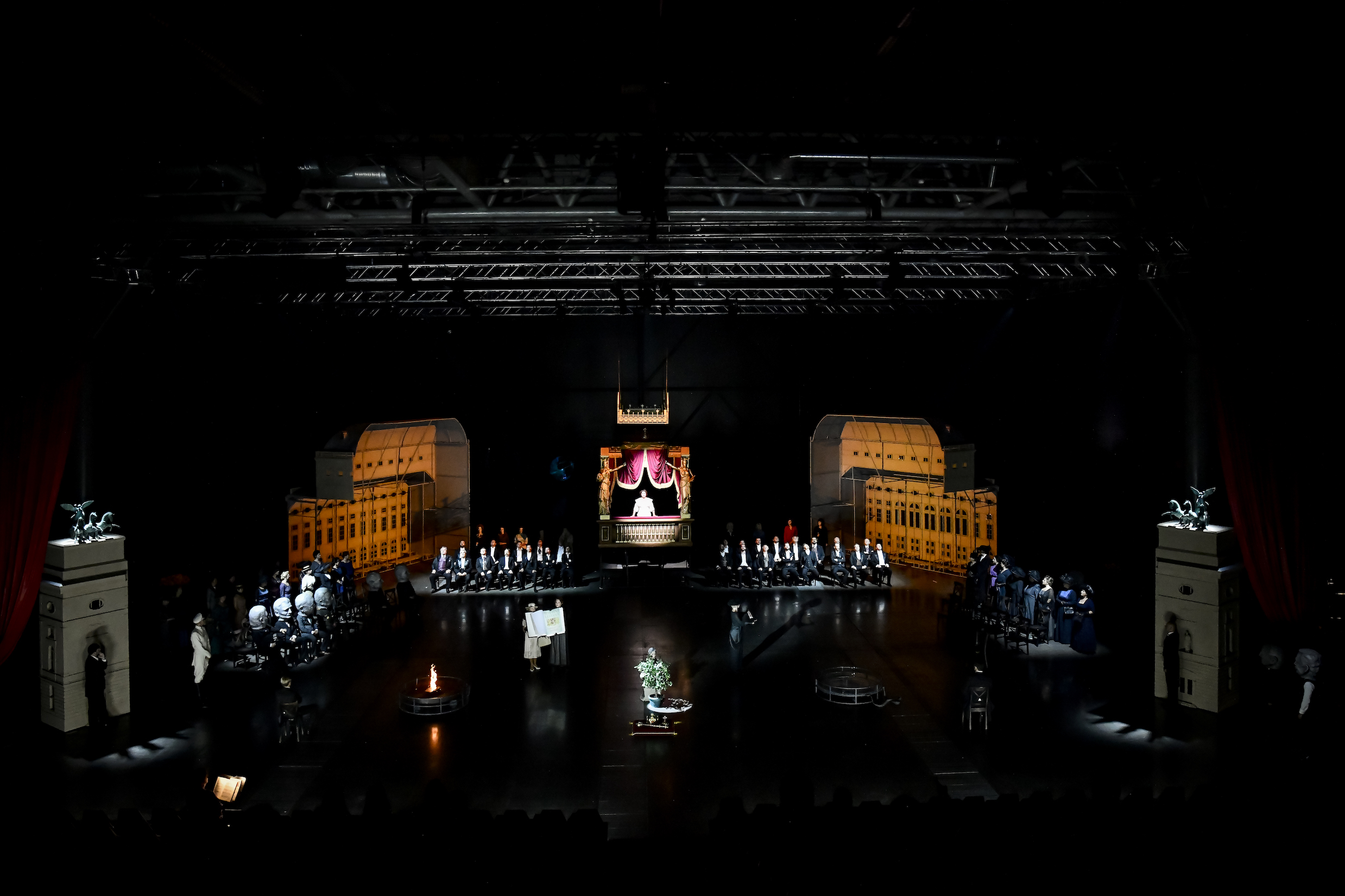 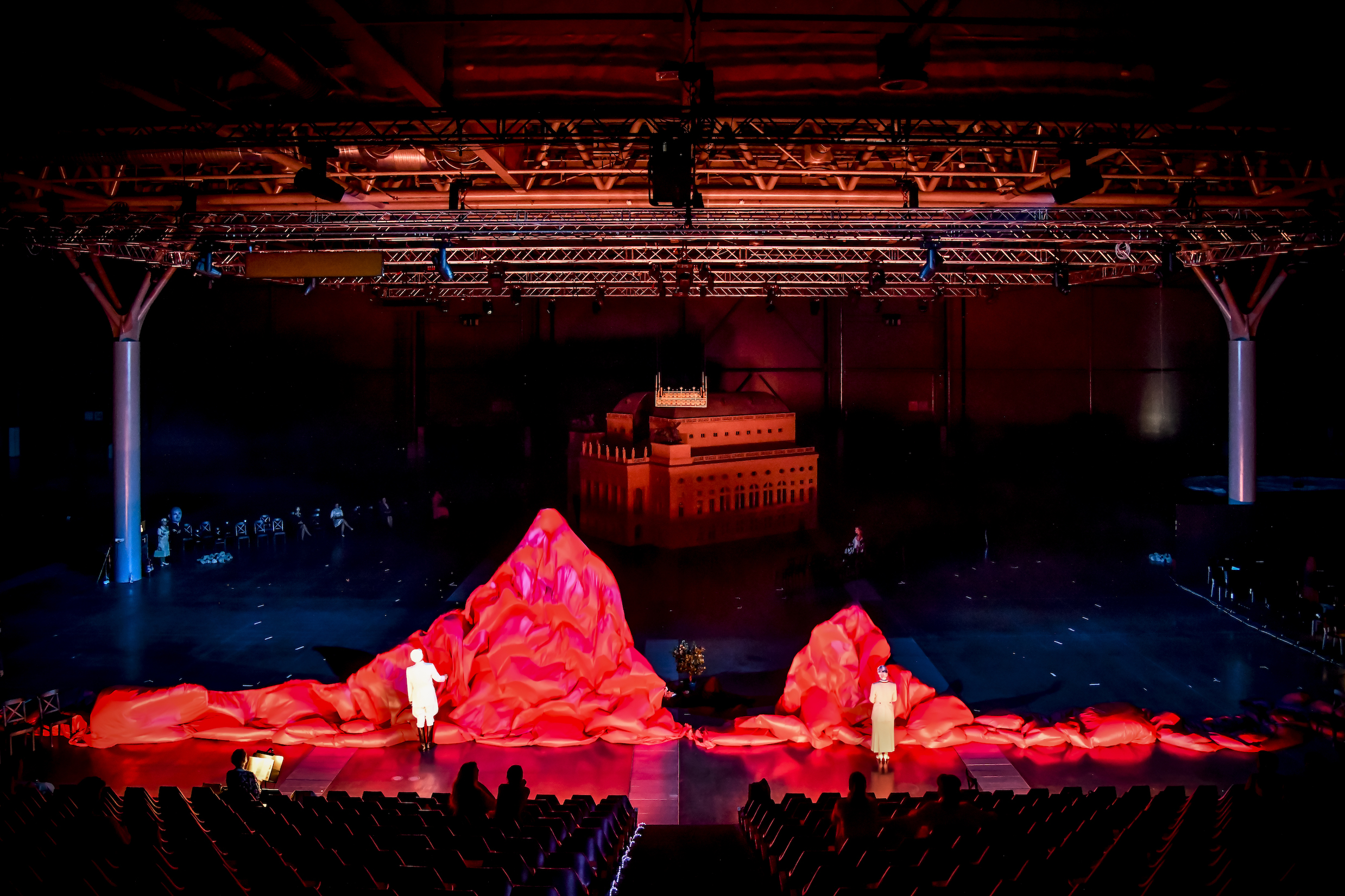 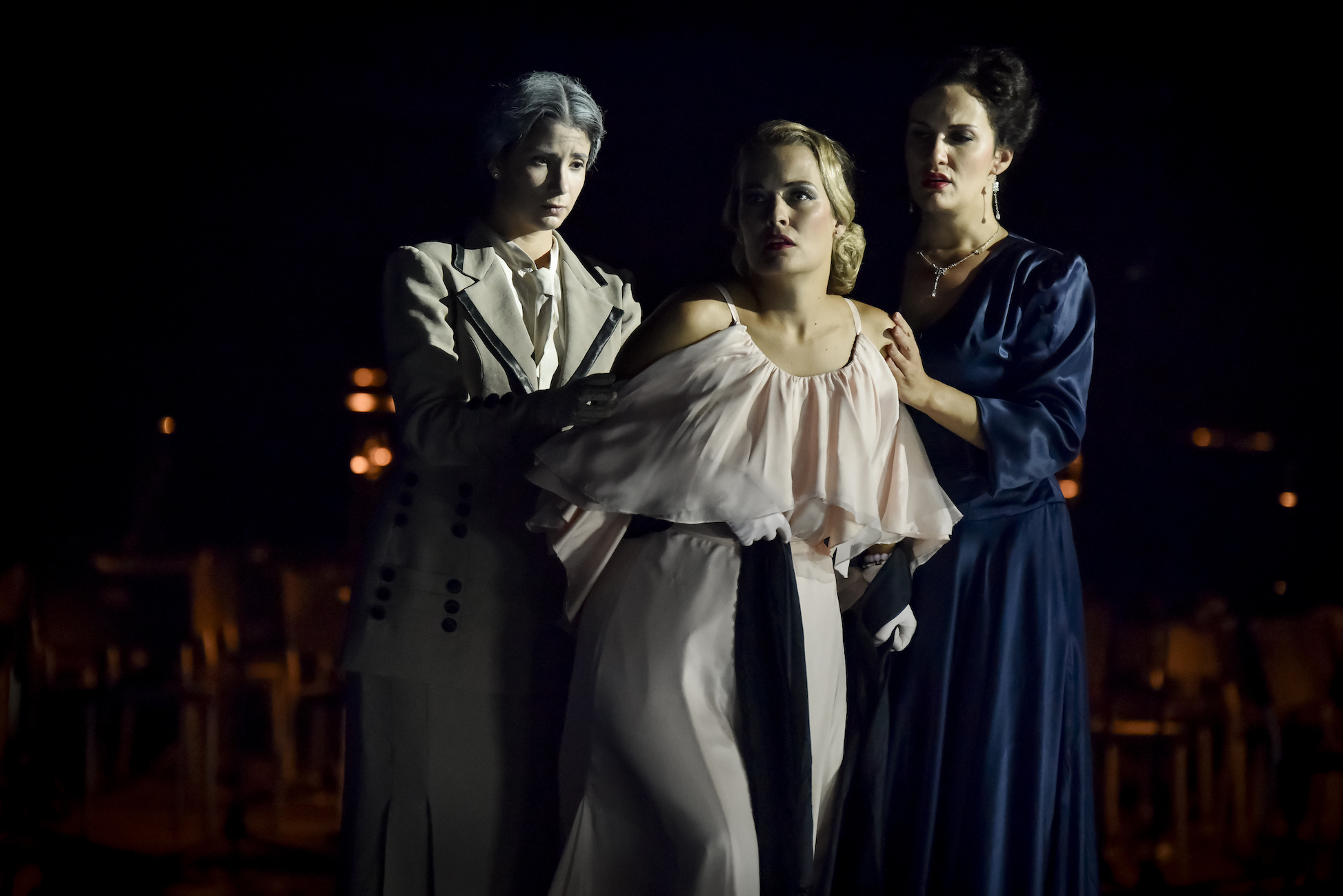 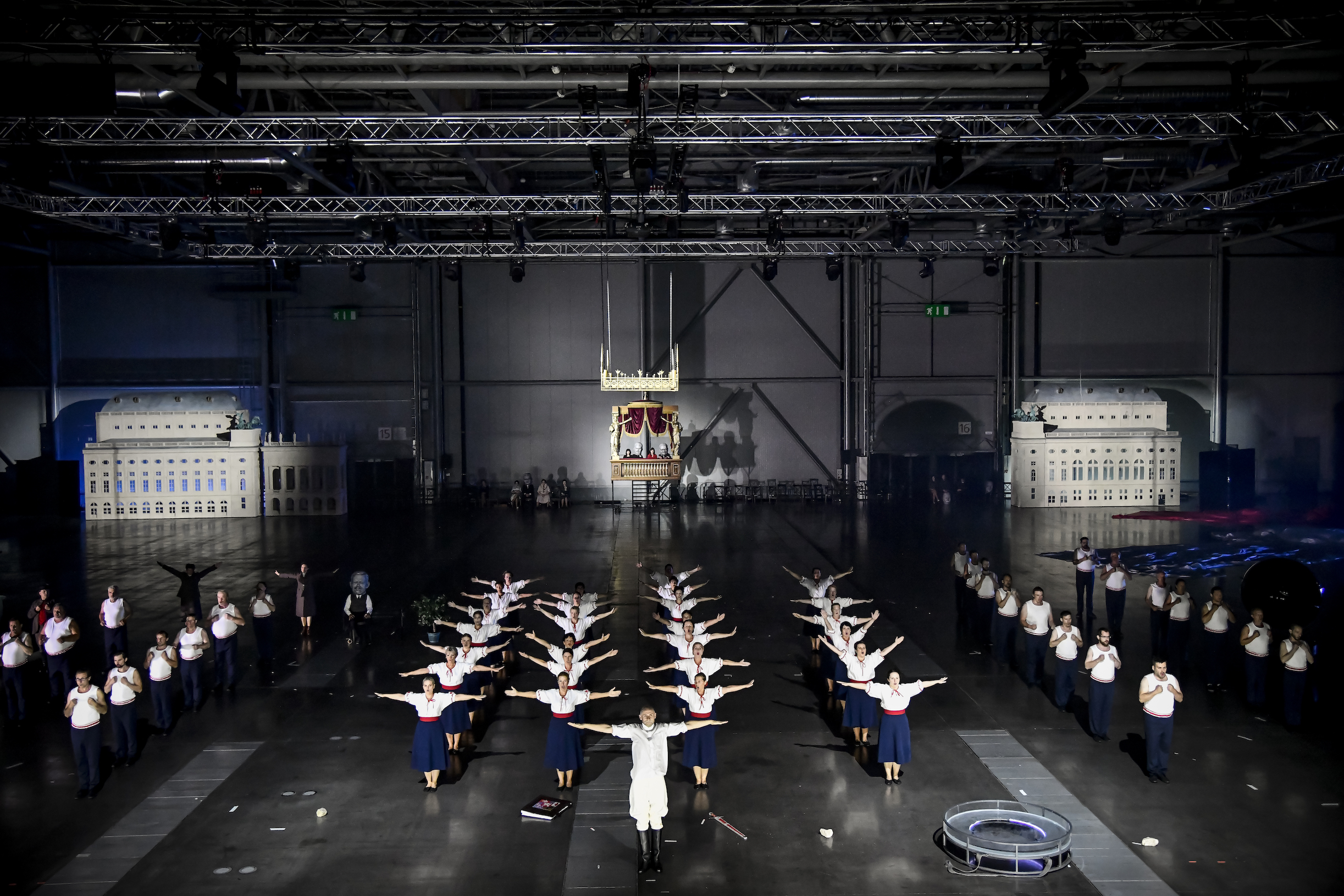 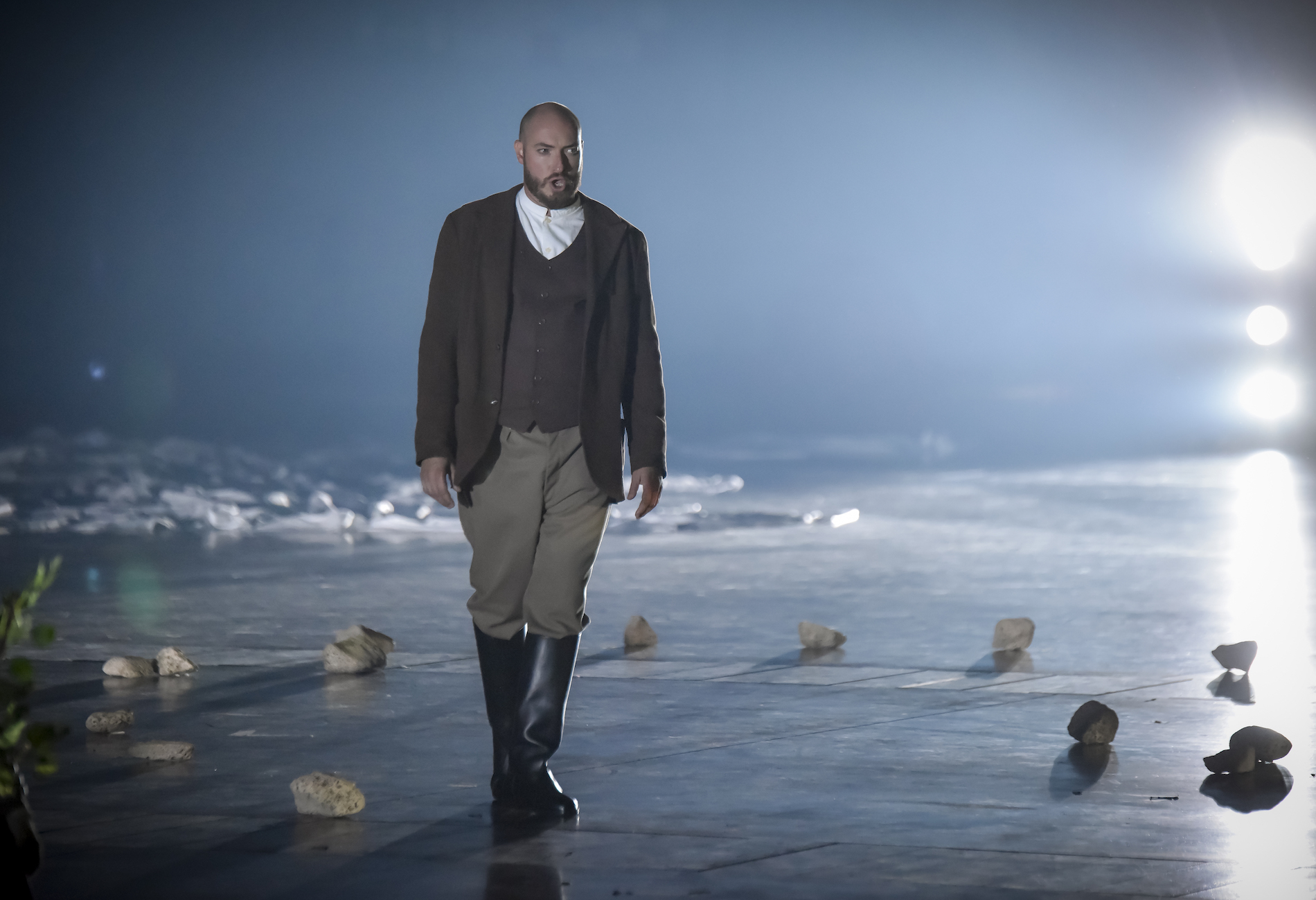 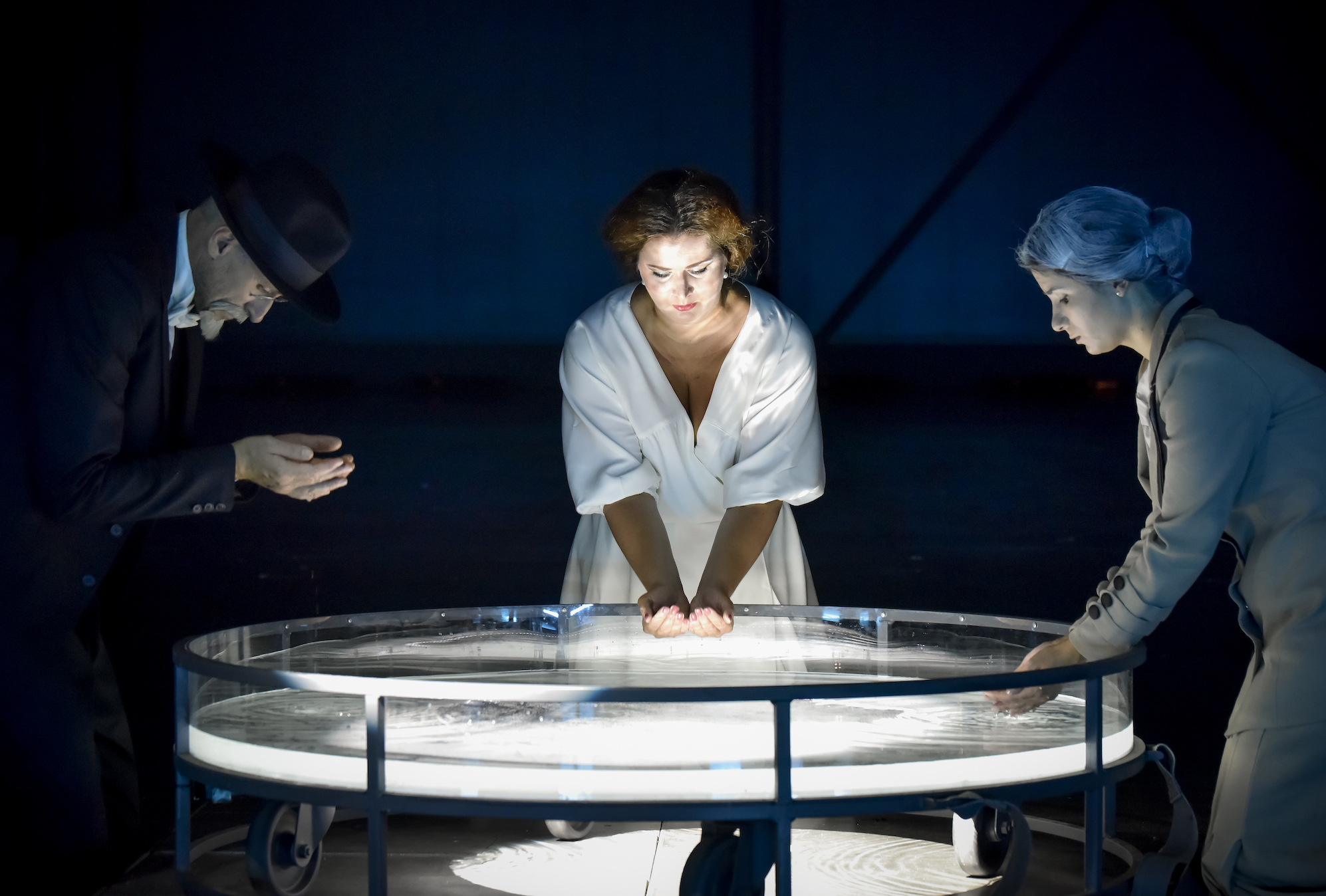 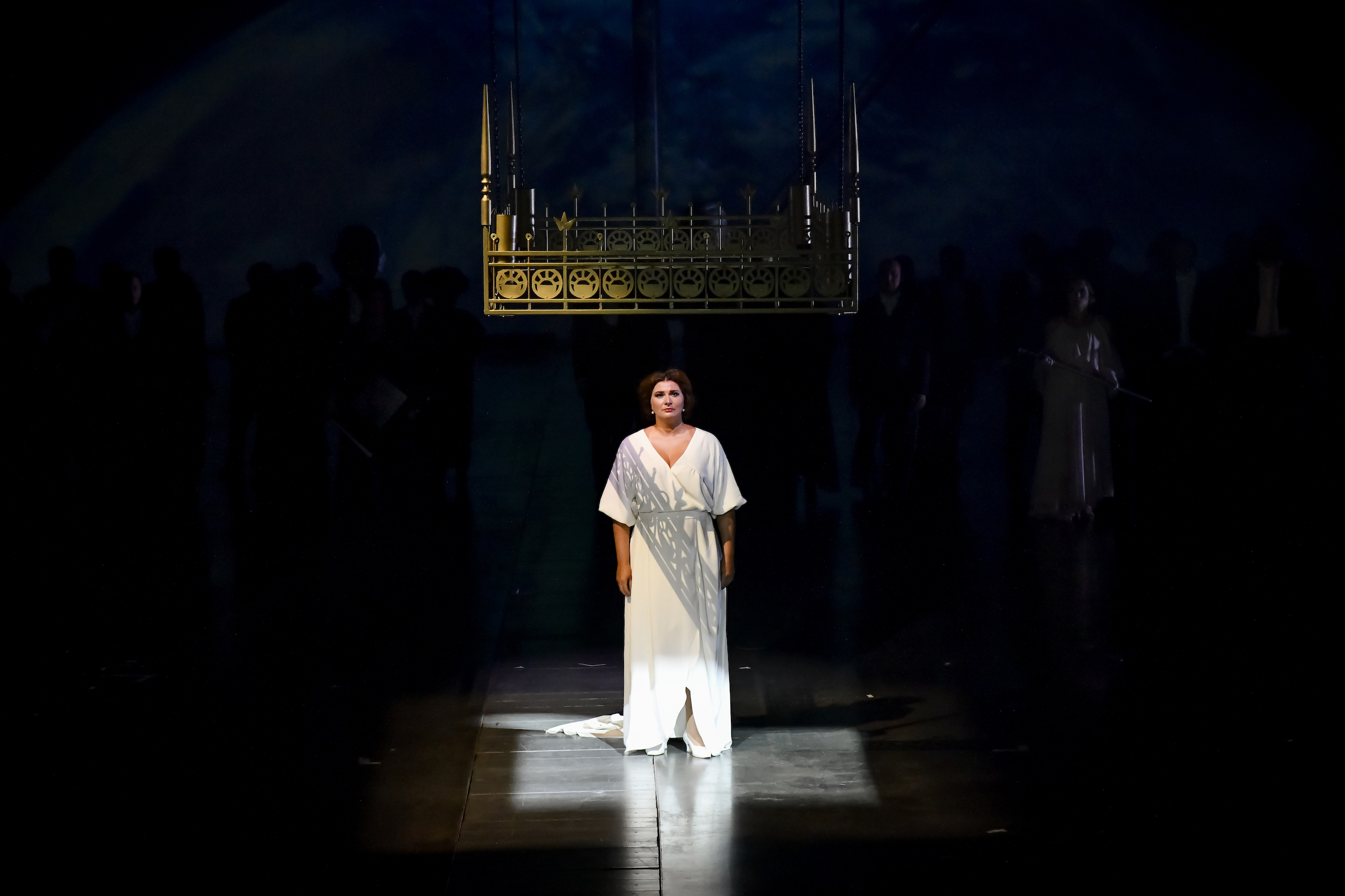