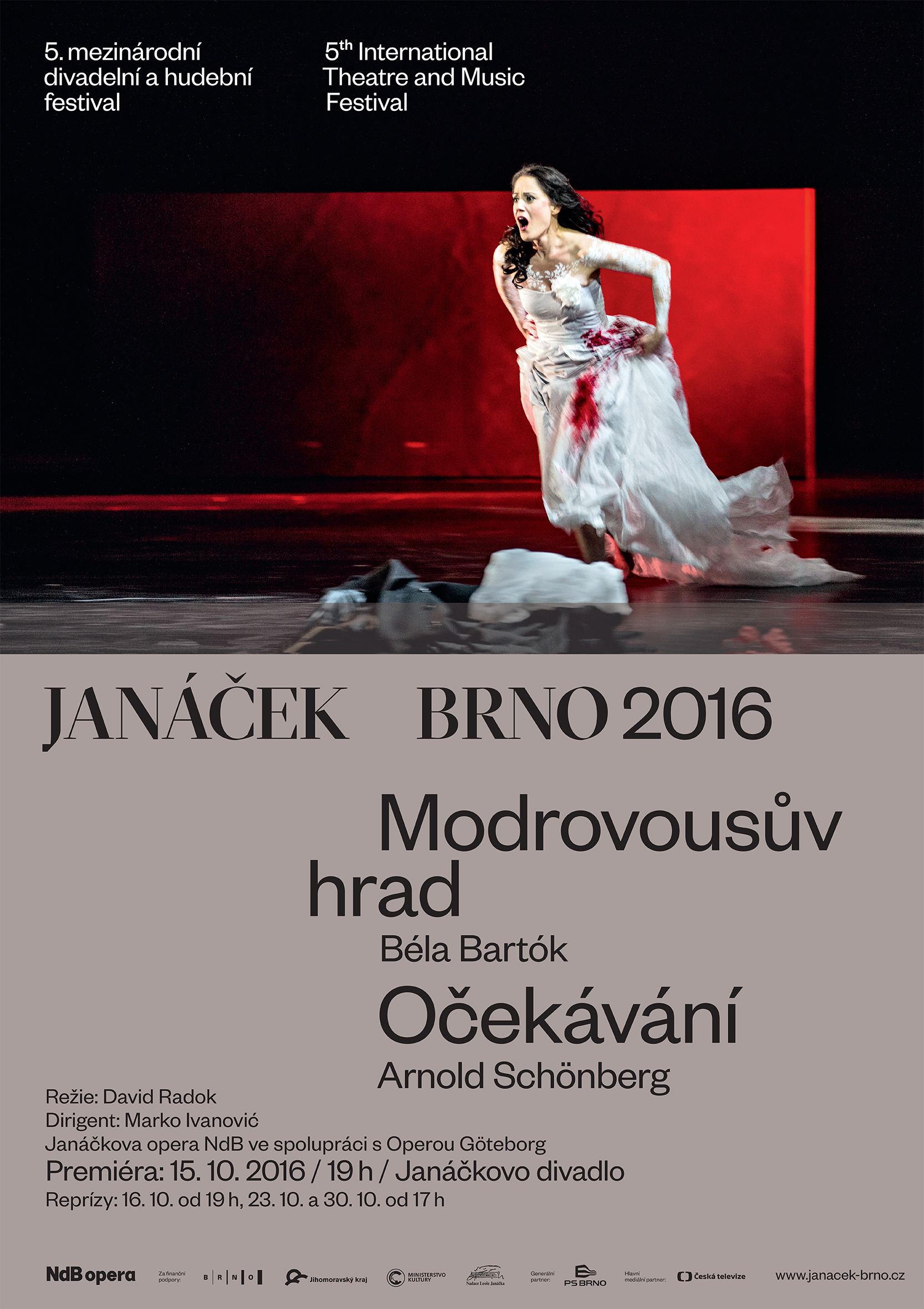 In a coproduction with the Göteborg Opera

In the night a woman is searching for her beloved in the forest and in the end finds him dead. Bluebeard and Judith arrive at the castle. She is fascinated by his air of mystery and wants to marry him despite his frightening reputation. She enters the dark castle and the doors close behind her. There are seven locked doors in the castle hall. Judith believes that her love can transform this inhospitable place. She confesses her love for the castle’s lord and asks him to open the first locked door. He defends himself: “love me and don’t ask any questions”. But he then gives in in the face of her persistence and opens the doors….  Although Schönberg’s first stage work Expectation and Bartók’s opera Bluebeard’s Castle based on Perrault’s tale Bluebeard were created independently of each other, they are linked by the same psychological themes – expectation, hope and fear, which in the end grow into horrified realisation. David Radok made use of this in his production and linked both operas into a single whole.

Synopsis
Judith leaves behind her parents and fiancée to follow Bluebeard to his castle. On entering the gloomy castle she discovers locked doors – locked and just as enigmatic as the man she has married. Judith wants to open all the doors to let the light into Bluebeard’s life and get to know him better. So she asks for the keys, one after another.
In the rooms she progressively discovers Bluebeard’s experiences and memories – the entire course of his life. But each time she opens a door to the past she finds traces of blood. Bluebeard begs Judith to simply love him and not ask further questions, but she desires to know everything. Bluebeard forbids her from opening the final seventh door, but Judith still persists with questions on his life and loves, and asks for the seventh key. Behind the last door are Bluebeard’s previous wives – memories of bygone life. Judith takes her place among them, there in Bluebeard’s memories. He remains by himself outside, forever alone. Night falls around them.

The intention of Expectation is to present everything that takes place in a single moment in slow motion but with maximum spiritual excitement over a half hour. 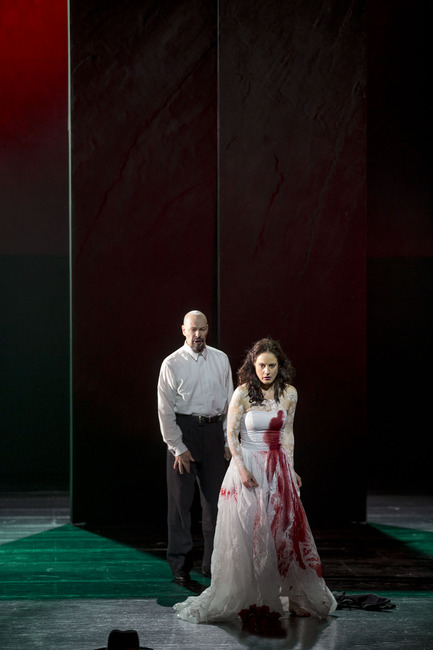 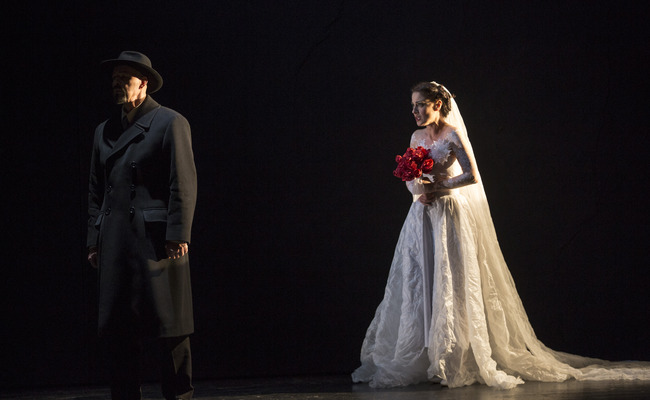 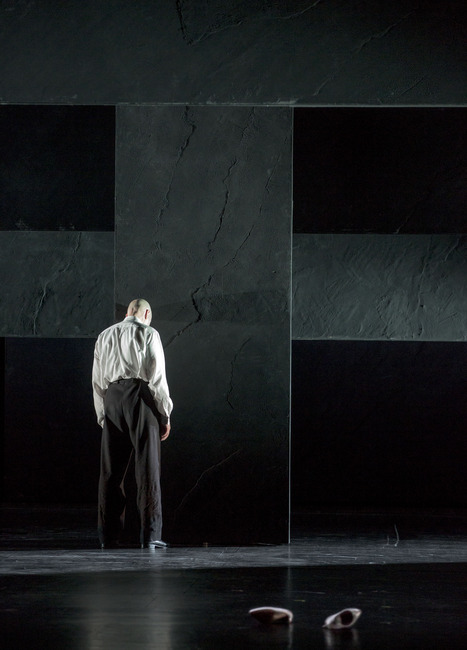 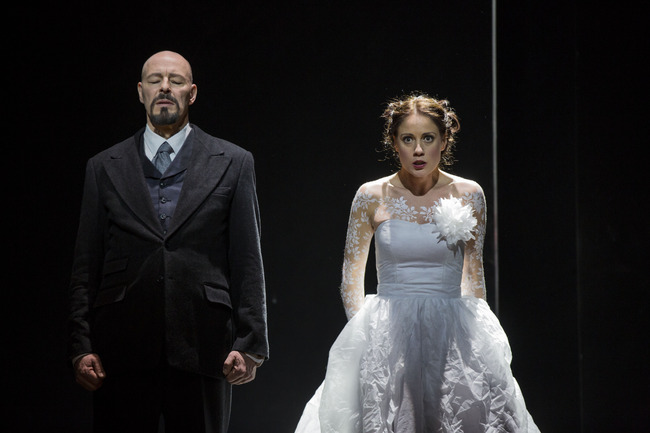 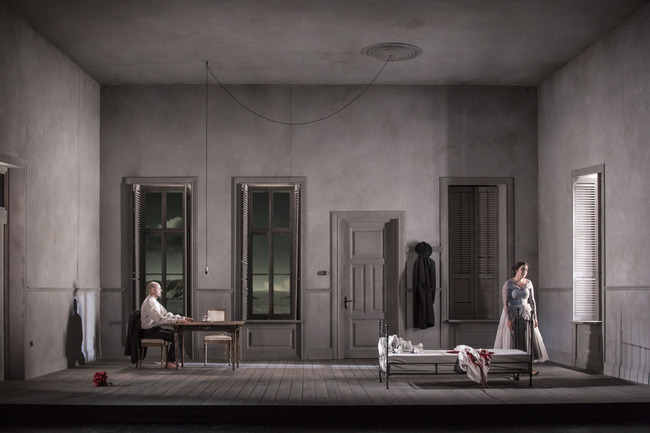