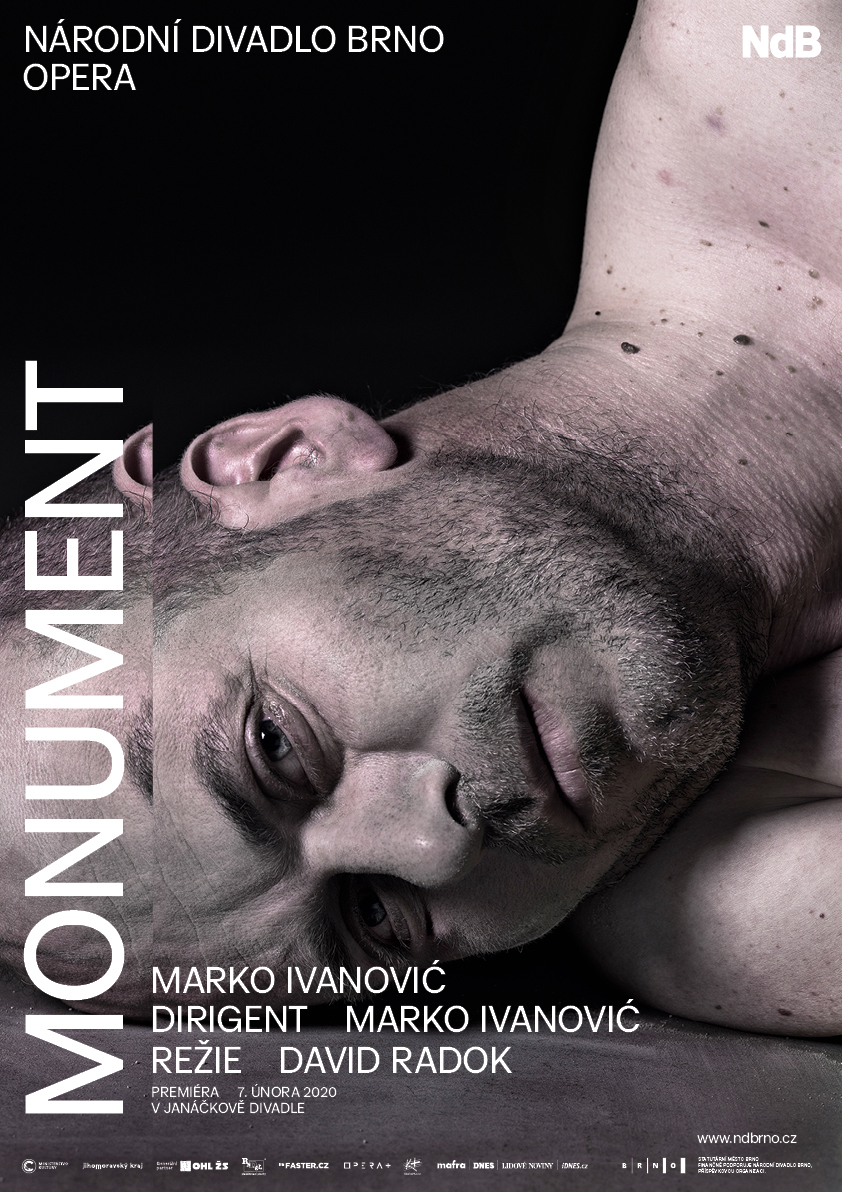 Performed in the original Czech with Czech and English subtitles.

The conscience of a lonely artist versus the merciless machinations of political power – this is how the life story of Czech sculptor Otakar Švec (1892-1955) could be described.  Švec, with another fifty-four sculptors, was forced to take part in a competition to create a monument in honour of J. V. Stalin in 1949. Švec solved this absurd and megalomaniacal assignment by a designing an unrealizable sculpture, but it eventually won the contest anyway. However, the political pressure that was brought to bear on Otakar Švec during the creation of the monument eventually took a deadly toll – he committed suicide shortly before it was unveiled. Švec´s moral and artistic dilemma has become the basis for the timeless motif of the second opera work made to order directly for National Theatre Brno’s Janáček Opera ensemble. The author of the libretto is the excellent Czech director David Radok, who instead of creating a realistic script has opted to capture the atmosphere and absurdity of the situations into which people are manipulated by an unspecified political regime in ten scenes. The author of the music is the Chief Conductor of National Theatre Brno’s Janáček Opera, Marko Ivanović, who has already composed a successful opera for children, Enchantia, in Brno.

SCENE 1
The square
People gathering in a square await the arrival of representatives of the ruling regime. Children are singing socialism-building songs and the 1st Secretary makes a propaganda-filled speech about the building of the state with the support of a wide range of people, and the defeat of old structures. The Minister of Culture announces the decision to build a grand monument to the President. The people split up and only road sweepers and litter remain.

SCENE 2
The studio
The Sculptor is working in his studio. His colleague arrives. The radio announces the decision to build the monument. The Colleague predicts that the contest for the monument will be mandatory but the conditions lucrative. The Sculptor opposes him – it is better to work in a foundry than to celebrate murderers. The bell rings and two men appear bringing a letter sent by registered post.

SCENE 3
The party
Head functionaries are meeting at a party. The performance of the singer mixes in with the debate of the Minister and his Secretaries concerning how the President should be portrayed via the monument.

SCENE 4
The selection committee
The committee makes a selection from the collected proposals. The Minister of Culture threatens to persecute one of the sculptors who, in his opinion, has failed to fulfil the assignment.

SCENE 6
The street
In the street, there are only street sweepers and the Sculptor, who is trying to come to terms with his conscience over the fact that he’s won the competition to create the monument.

SCENE 7
The studio
The Sculptor´s wife confides in his Colleague that the Sculptor is troubled by his conscience. He calls the work on the monument a monument to his weakness. The Colleague has a more pragmatic view of the issue – sculptures have always been built for rulers, and the job could not be refused.

SCENE 8
The church
The Sculptor goes to church for confession.

SCENE 10
In the toilets
The monument is finished, but it’s turned out that the person in whose honour it was built is not an exemplary citizen after all, but a mass murderer. The absurd debate in the toilet room ends with the decision to destroy the monument. 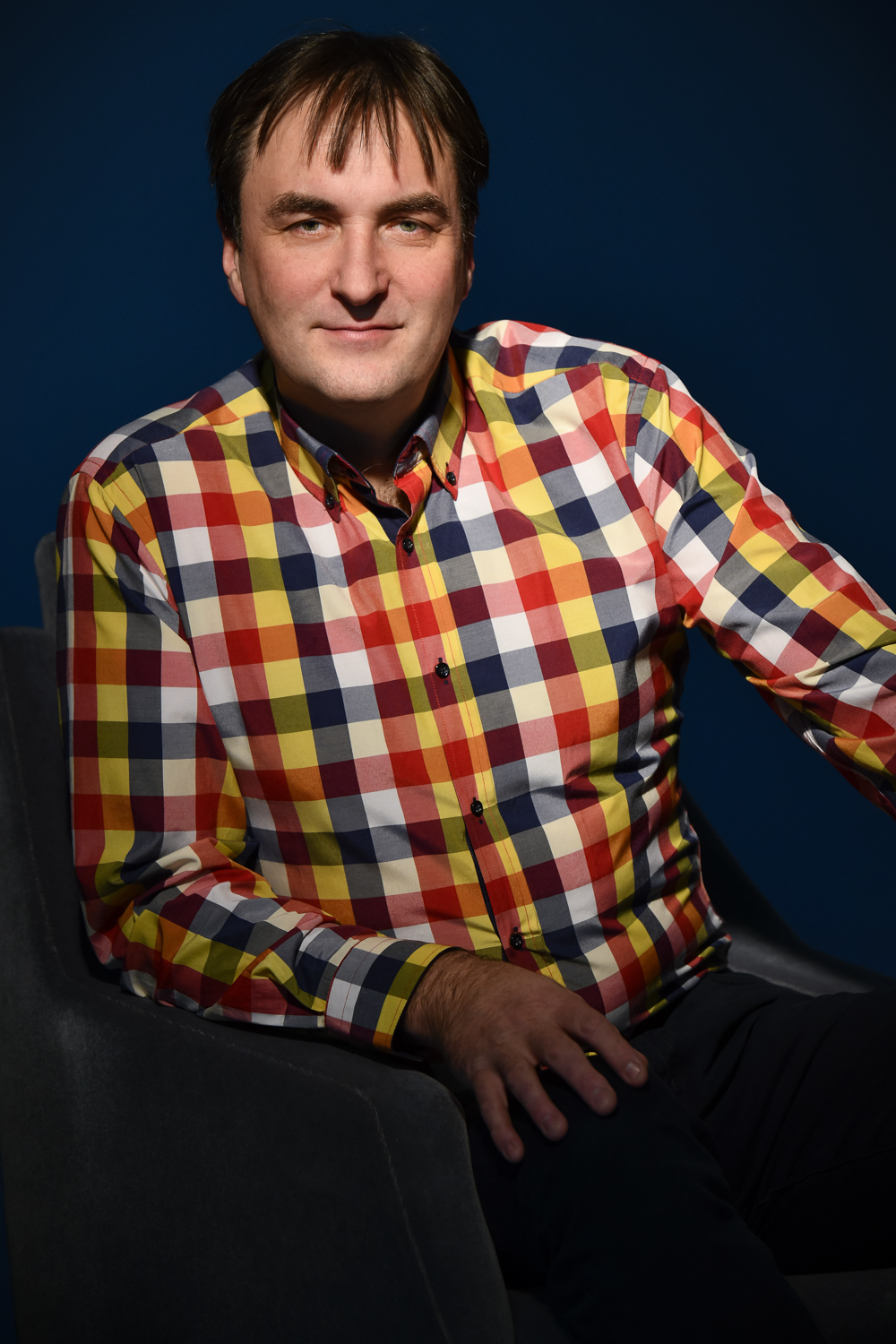 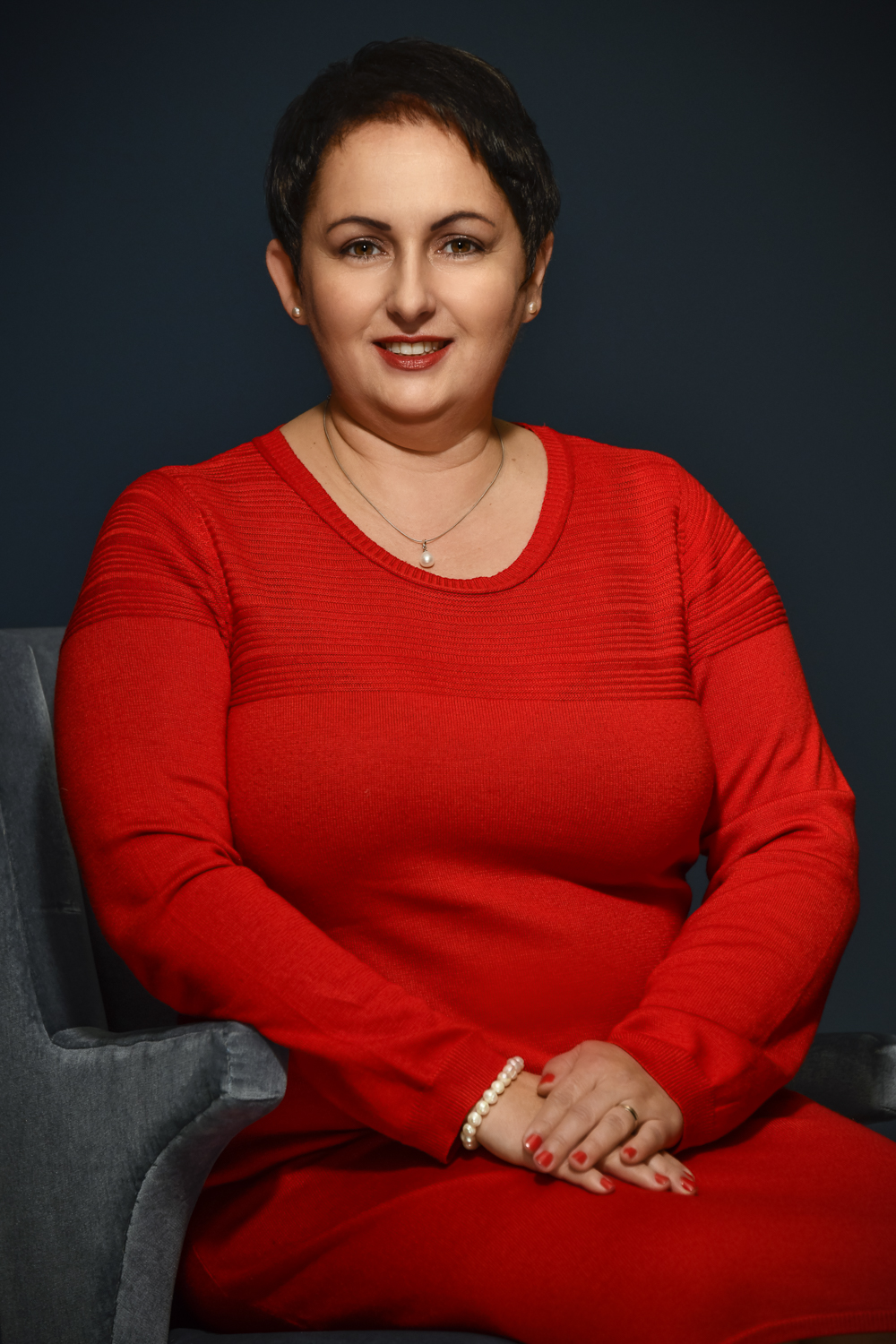 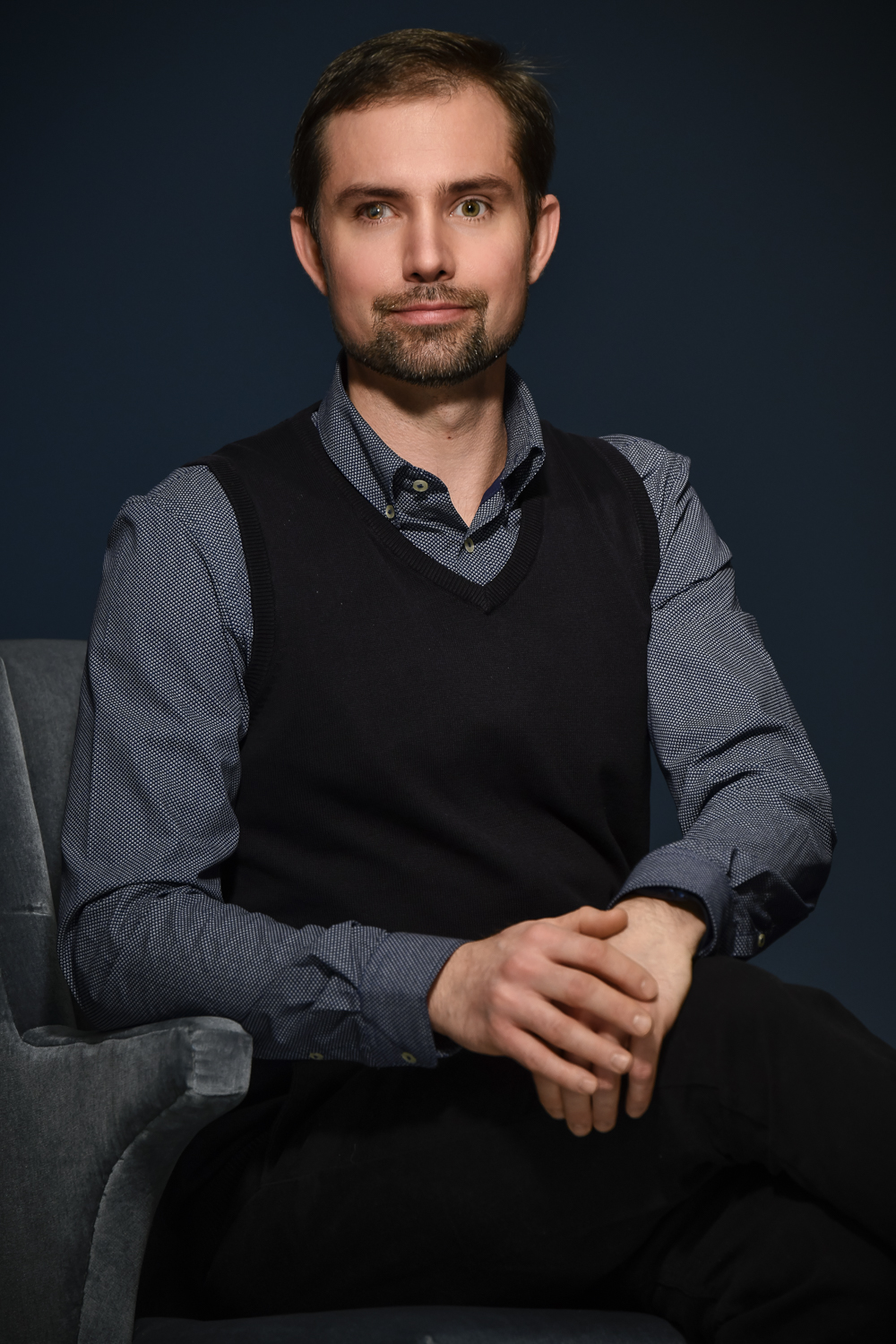 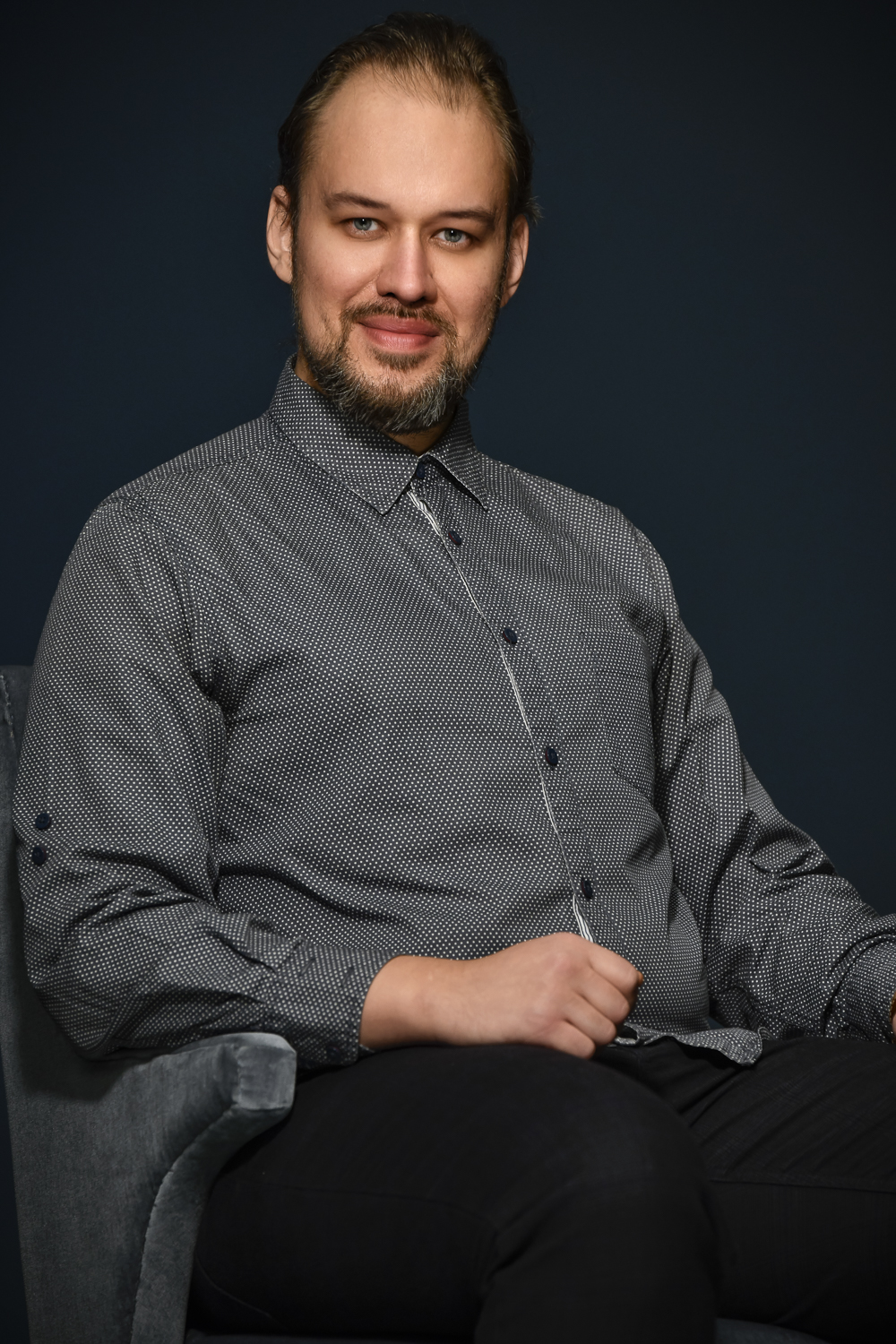 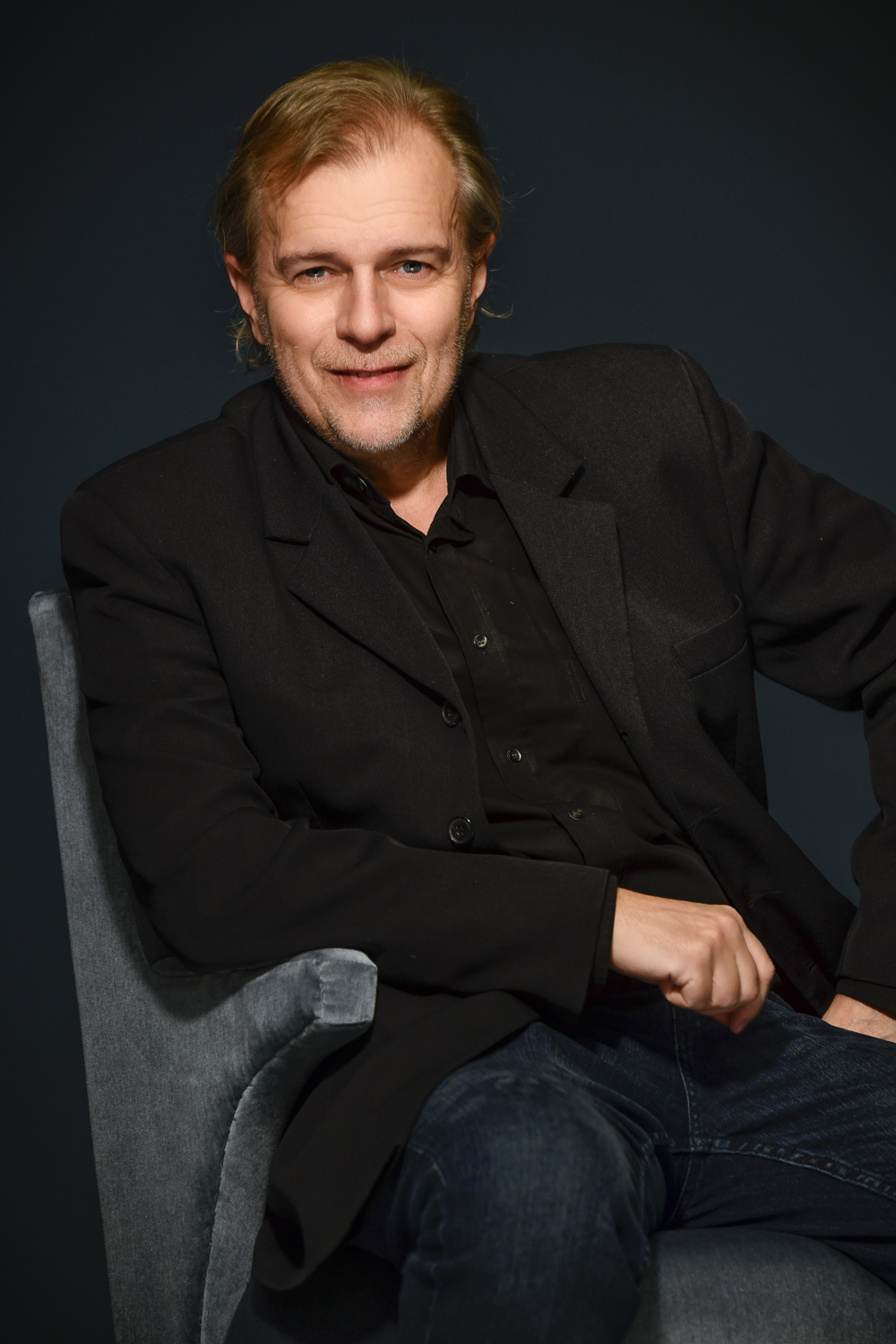 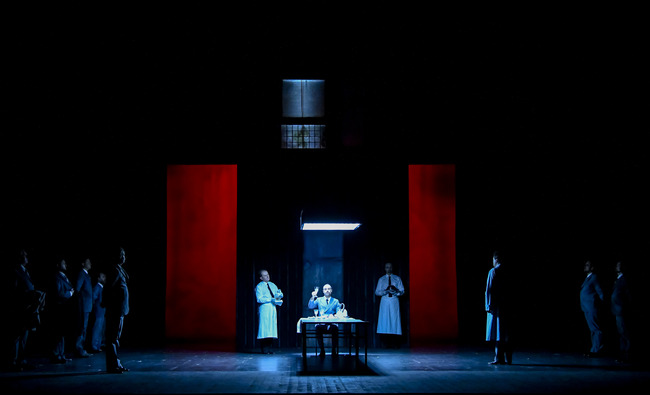 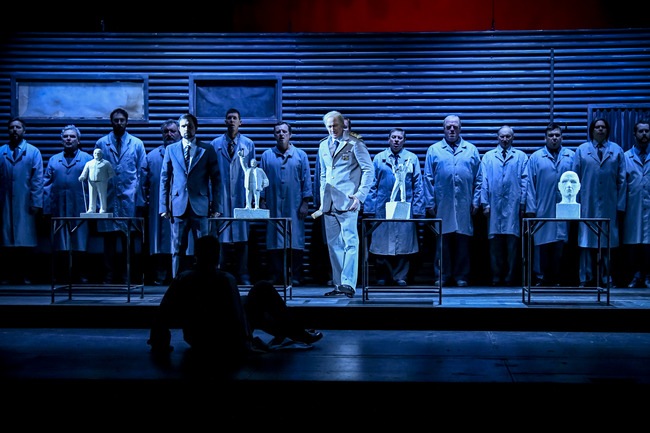 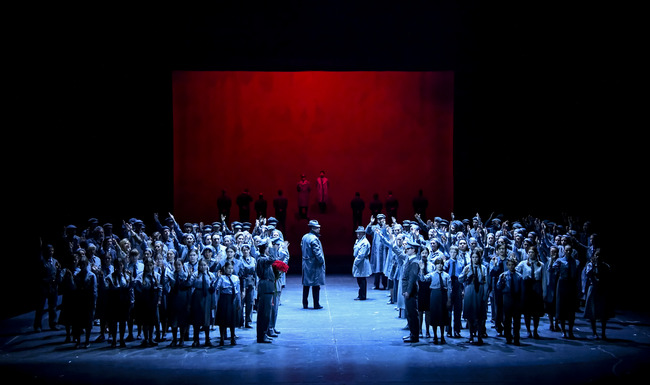 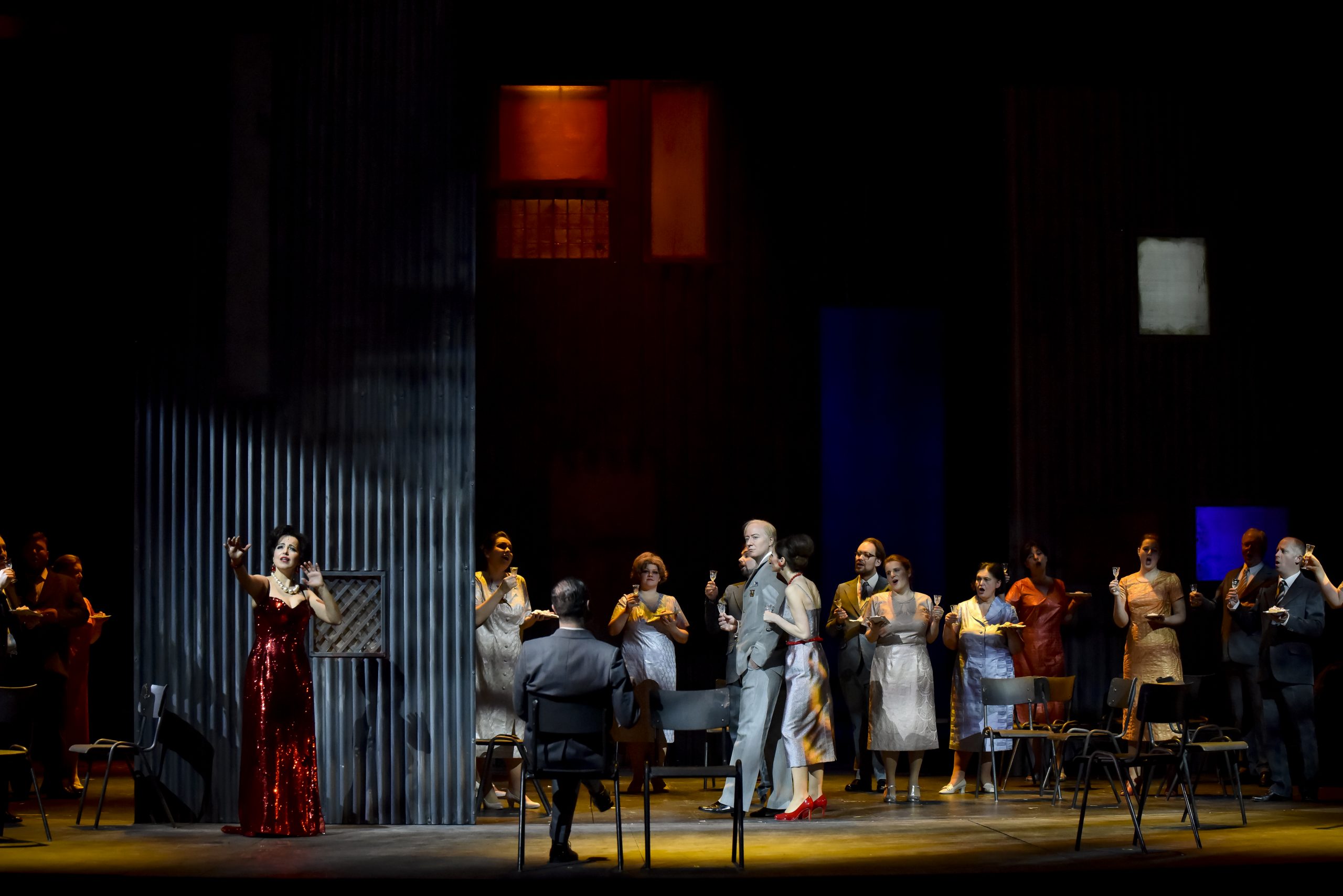 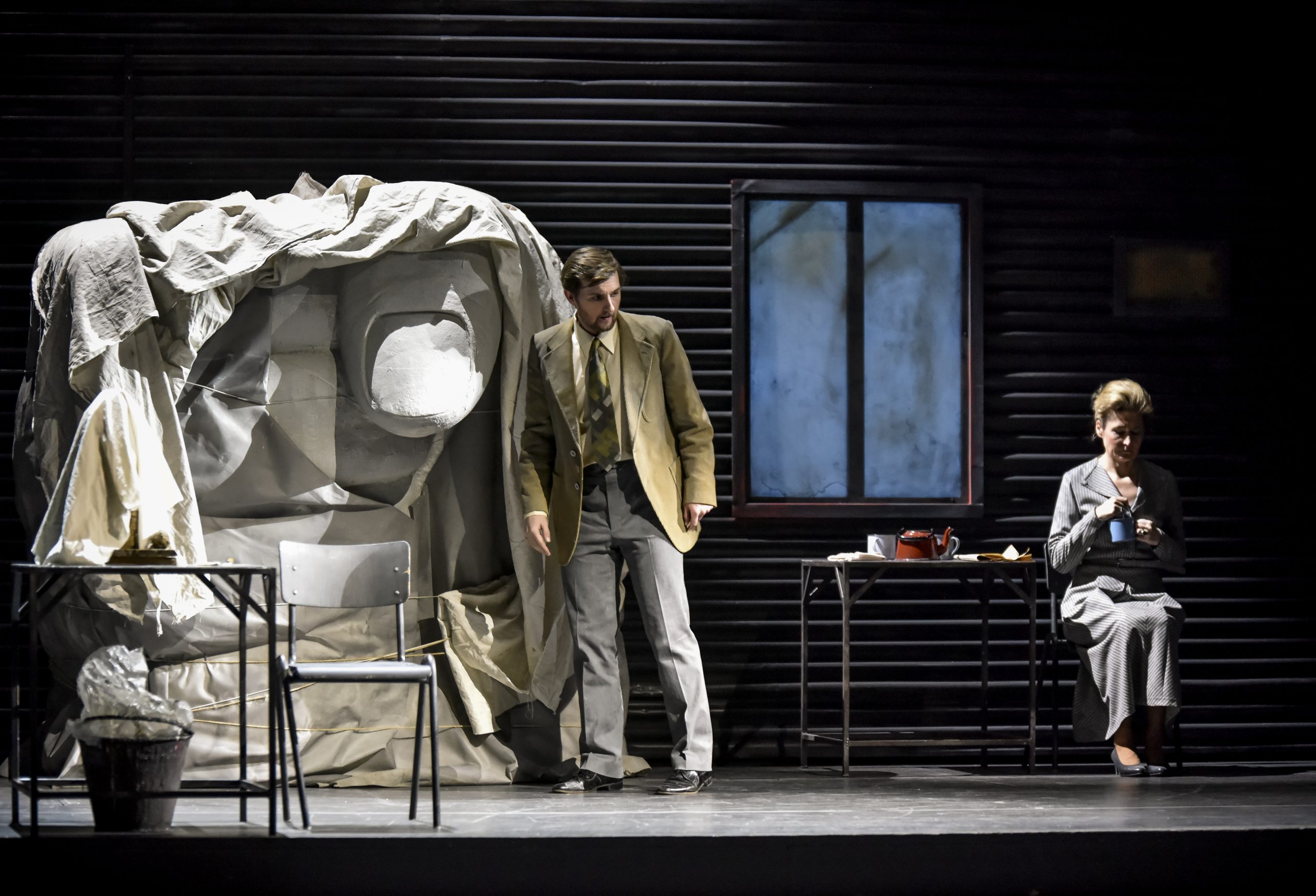 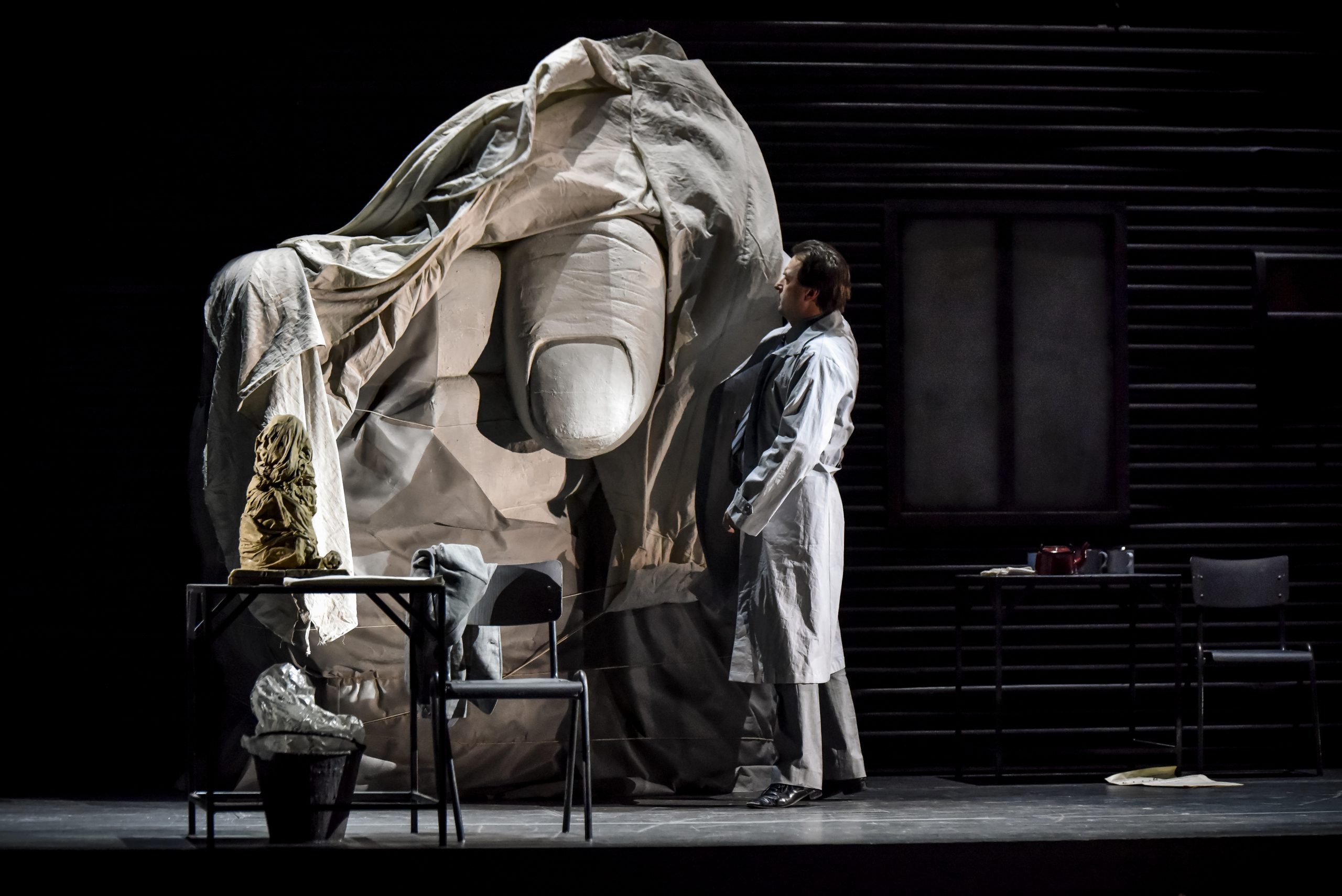