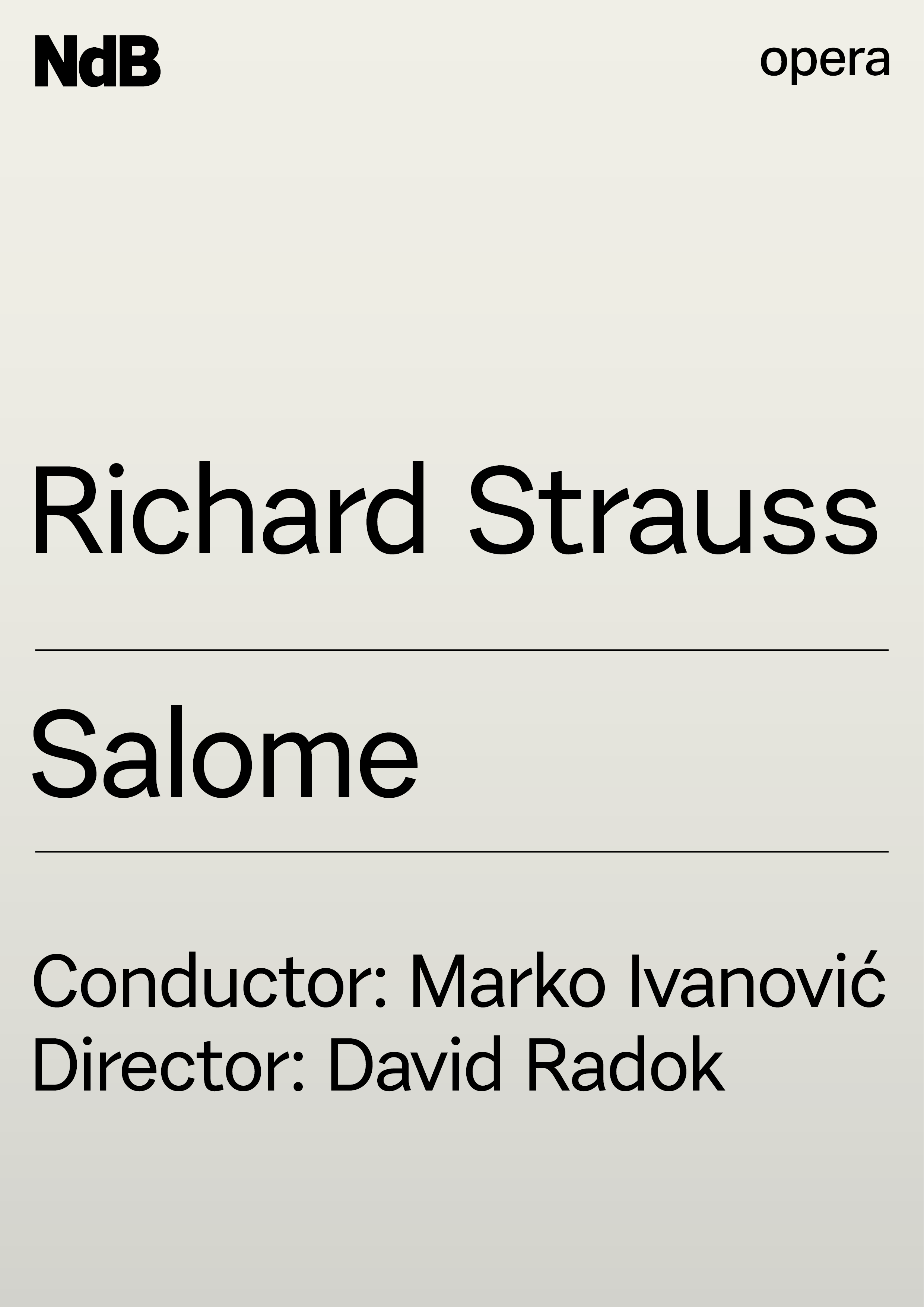 A girl is dancing. One by one, as she moves sensuously, her seven veils fall to the ground. She is dancing to please King Herod, and she wants only one thing for it – the head of the man she loves. He has refused to reciprocate her love, and Salome longs for at least a kiss from his dead mouth…

Expressive, short and shocking – this is how Strauss´s opera Salome, based on a play by Oscar Wilde, could be described in brief. Inspired by the Bible story about the charming Salome, the daughter of King Herod, and her obsessive love for the prophet Jochanaan, Salome provoked a real scandal during the premiere. Thanks to its strong, dramatic music and rich orchestral colours, it became a worldwide sensation, and has rightly remained as such to this day.

The moment when Salome brings Jochanaan´s head on a silver tray and kisses it still occupies the top spot in the top ten of horrific moments in opera. And the extremely demanding role of Salome is a both a dream and a test for sopranos. It will be only the fourth ever production of Salome at the Brno theatre, and its creator will be none other than one of the best Czech directors, David Radok. After his great staging of Britten´s Peter Grimes in the 2021/22 season, he has returned with his team, the chief conductor Marko Ivanović and costume artist Zuzana Ježková, and newly with Dragan Stojčevski as the set designer for what is already his fifth directed work for our opera ensemble. It is going to be just as sensational as the world premiere!

Staged in the German original with Czech, English and German subtitles