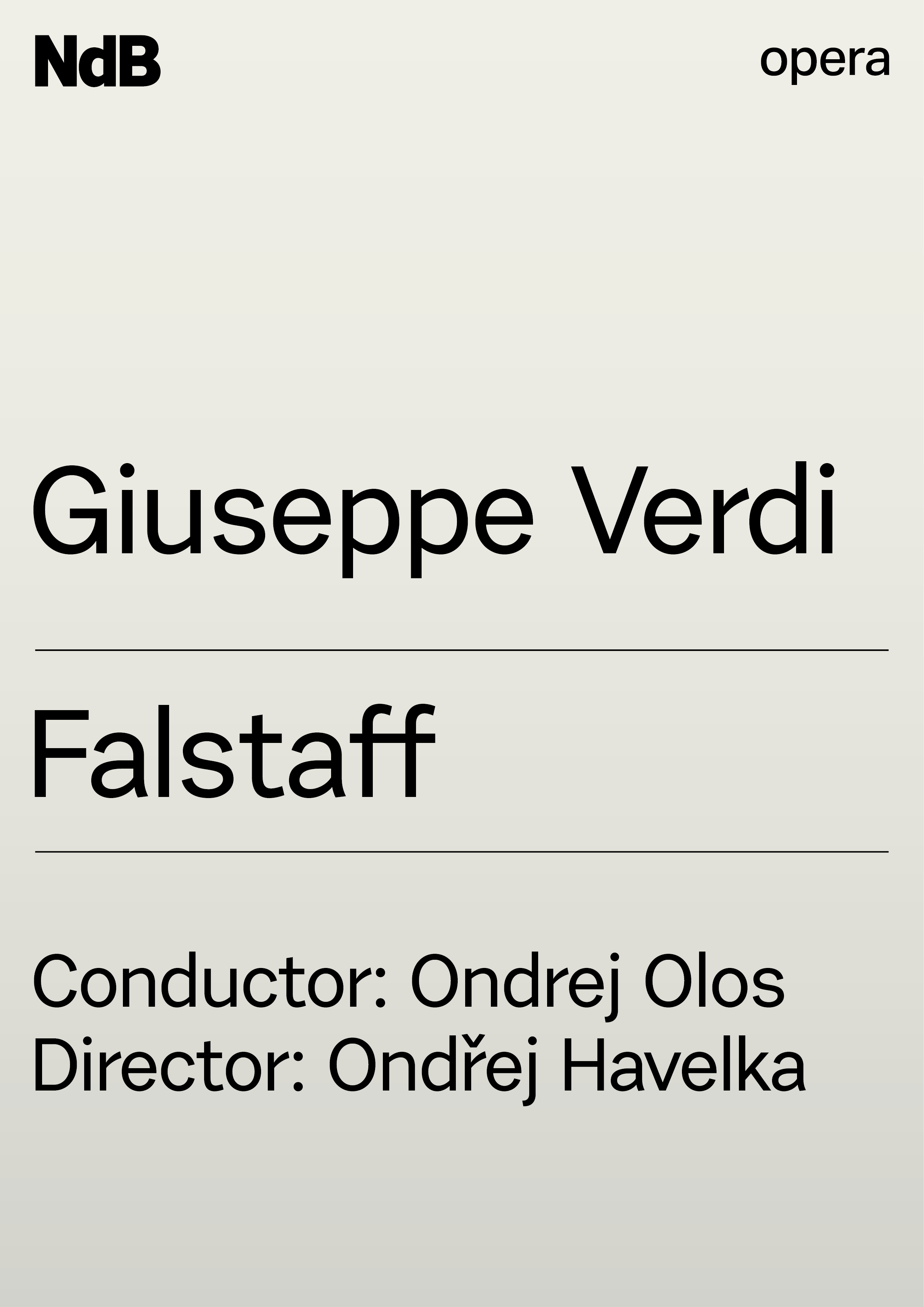 You can’t go wrong with a comedy staged by the director Ondřej Havelka, especially when it’s a comedy by Giuseppe Verdi. Perhaps you wouldn´t expect this genre from a composer of famous tragic operas, but there you would be wrong, as in actual fact Verdi wanted to write a comedy all his life, but only got round to it with his last opera. And so a masterpiece inspired by the famous Shakespearean figure, Sir John Falstaff, was created.

Falstaff, a resident of the Garter Inn, enjoys partaking of good food and drink, but is particularly interested in the local Windsor ladies Alice Ford and Meg Page. The fact that they are both married doesn´t bother him at all; on the contrary, it only adds spice to his desires. Meg and Alice don´t care for his affections, and, with the help of Mistress Quicky, entangle him in their webs and teach him a proper lesson. However, Falstaff concludes this bittersweet comedy with the wise words: “The whole world is a farce.” Verdi, who had experienced a lot himself and knew how to enjoy life, left the world a comic opera that is hard to match. Smart and witty, with occasional subtle parodies of Verdi´s typical heroic performances, full of ensemble numbers which are clearly inspired by Rossini, and with humour overflowing with understanding for all that is human, such is his Falstaff that is returning to the Brno stage after fifty years away.

Staged in the Italian original with Czech, English and German subtitles