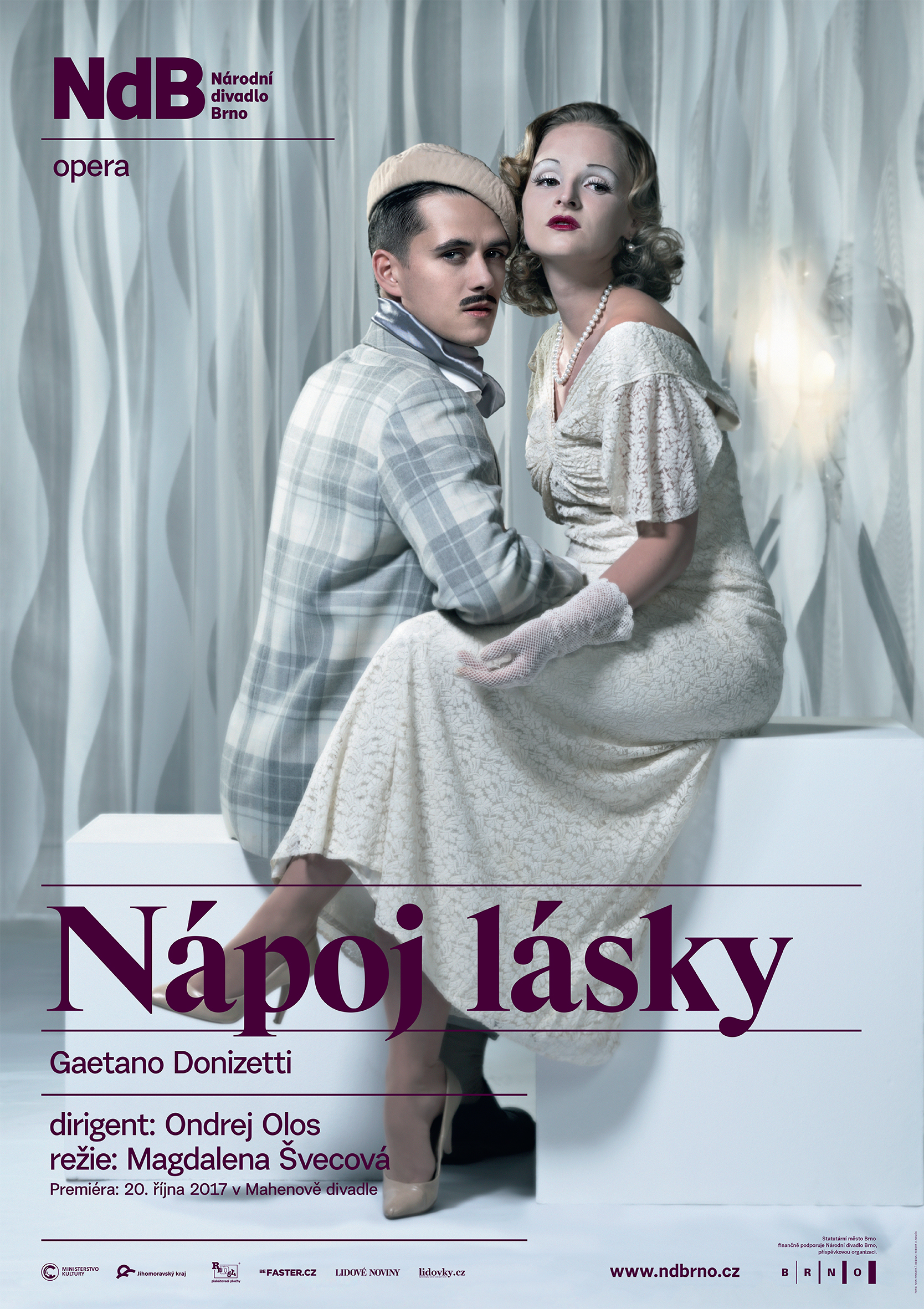 Sung in Italian with Czech and English subtitles. The performance lasts about 2 hours 30 minutes, including one interval.

Fall in love and keep your senses calm – it is the art of the relationship.

Do you need to find a love, or forget one? The elixir of Doctor Dulcamara can do that for you! Just one bottle and all is ready! The elixir of love has always belonged to  the most sought after magic potions by young girls and boys. You can still browse the web and find recipes on how to make it. And no wonder, it was a frequent story topic,  from the oldest, tragic stories, such as Tristan and Isolde, to those with happy endings, eventually becoming the subject matter for an opera. Donizetti was one of three famous composers whose works dominated Italian stages in the first half of the 19th century and spread around the whole of Europe and overseas. His L’elisir d’amore premiered in Milan in 1832. Although it does not  feature  original subject matter and its librettist Romani, without scruples, borrowed the plot from Daniel Auber’s opera, Donizetti’s work, contrary to its French counterpart, has been one of the most popular operas since its premiere. The bitter-sweet story of shy Nemorino who falls in love with rich Adina and tries to win her affection using the “elixir of love” is a good opportunity for singers, because ofthe many beautiful duets and arias featured, including the most famous: Nemorino’s Una furtiva lacrima.

Act 1
It is a hot summer and the whole village, somewhere in the gorgeous Tuscan landscape, is involved in a film. The local studio is hosting a crew filming a romantic tale under the director Dulcamara, called “the Doctor” because he is always good for some kind of medicine for every problem or at least some good advice. The centre of attention is the main star, the beautiful and capricious Adina, who the shy Nemorino looks on at with adoration. He hasn’t been part of the crew for long, he is in charge of props, but he prefers to do things that can be seen by Adina. After a while she stops enjoying his attention and admiration and advises him to find someone else. The long-awaited foreign star, the handsome Belcore, arrives to join the shoot.

Everyone is diligently preparing for shooting further scenes and the desperate Nemorino sighs to Dulcamara that he could do with Isolde’s love potion, about which a moment before Adina had read to all of them from the script. Dulcamara always has something to hand and in the end decides that the best thing for unrequited love is a bottle of goodBordeaux. It takes him a little time to persuade Nemorino, who is not used to wine, but in the end he drinks the offered love potion down. The wine has its effect and the shy youngster suddenly changes and then in the studio attempts to shoot his own footage. Adina watches him and is surprised, now seeing someone different and much more interesting, but at the same time she is offended by his sudden lack of interest. Nemorino relies on the love potion and Dulcamara’s promise that tomorrow it will begin to take effect and all women will be at his feet. Although for him one will be enough, but their encounter is interrupted by the arrival of Belcore. As might have been expected he immediately sets out to seduce Adina, who is not interested but decides to use his interest to pique that of Nemorino.

After just completing the planning of the shooting schedule a telegram arrives with a draft card -Belcore has to leave the next morning to join army. The director is furious but there is nothing he can do but quickly prepare to shoot the wedding scene, without which the film can’t be completed. Adina invites the whole crew for a grand end-of-shoot party and agrees to meet Belcore. Everyone sets to work and Nemorino tries to persuade Adina not to start anything as she might regret her flightiness the next day.

Act 2
They are shooting the wedding! The last clapperboard and all is finished, everyone departs relieved, and only Dulcamara remains on the abandoned set. The unhappy Nemorino comes to him to ask for help but Dulcamara is not in the mood and furthermore Nemorino is now completely broke. Belcore senses an opportunity to get rid of an unwanted rival and offers him a reward if he takes over his army duty. Nemorino accepts the money and goes to Dulcamara for some more love potion.

In the village and in the studio the big news spreads – Nemorino’s uncle has died and left him a fortune. Suddenly the girls all wonder at their previous lack of interest in him. Nemorino is confused, but assumes the crowd of girls is due to the effects of another dose of Dulcamara’s potion. Adina can’t believe her eyes and tries to find out from Dulcamara what lies behind this. In the end she herself admits she is in love with Nemorino. He overhears her confession inadvertently, but it takes a little while before the two of them manage to say face-to-face what they feel. When at last they fall into each other’s arms Belcore arrives. But there is nothing he can do and in the end does not make a fuss – after all tomorrow there will be another shoot and more female admirers. The film is ready and all that remains is to open a bottle of champagne and drink to the health of the young couple. 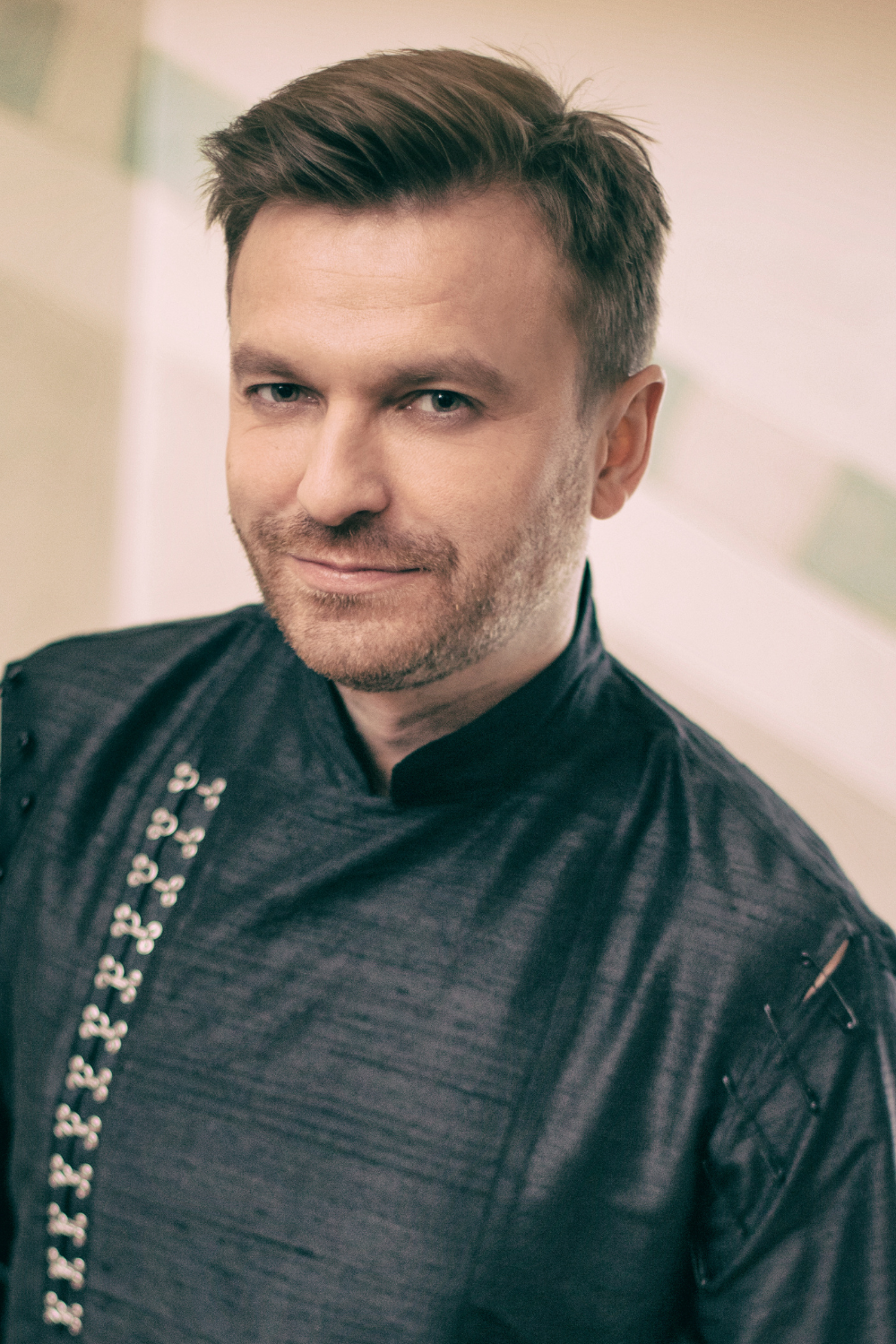 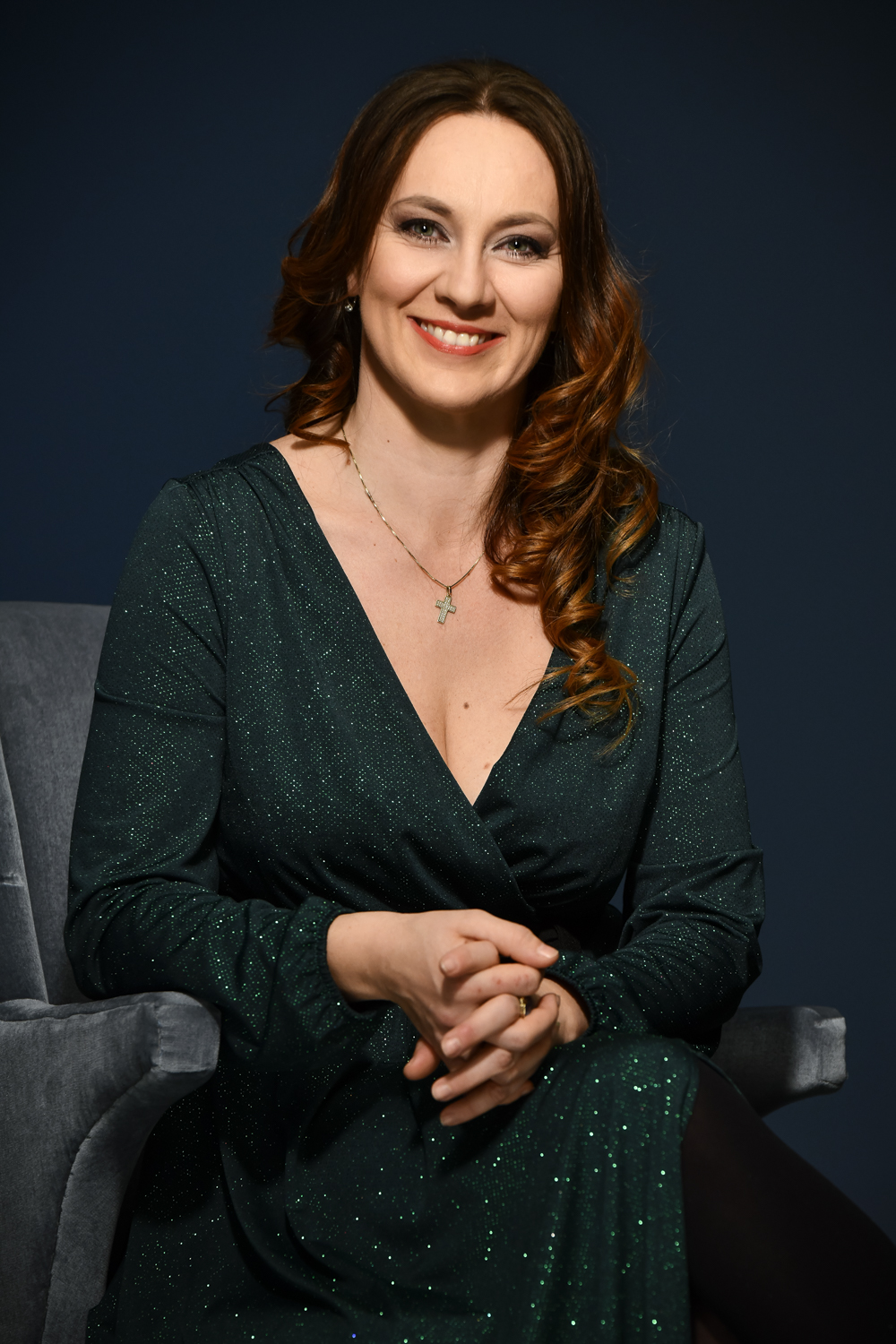 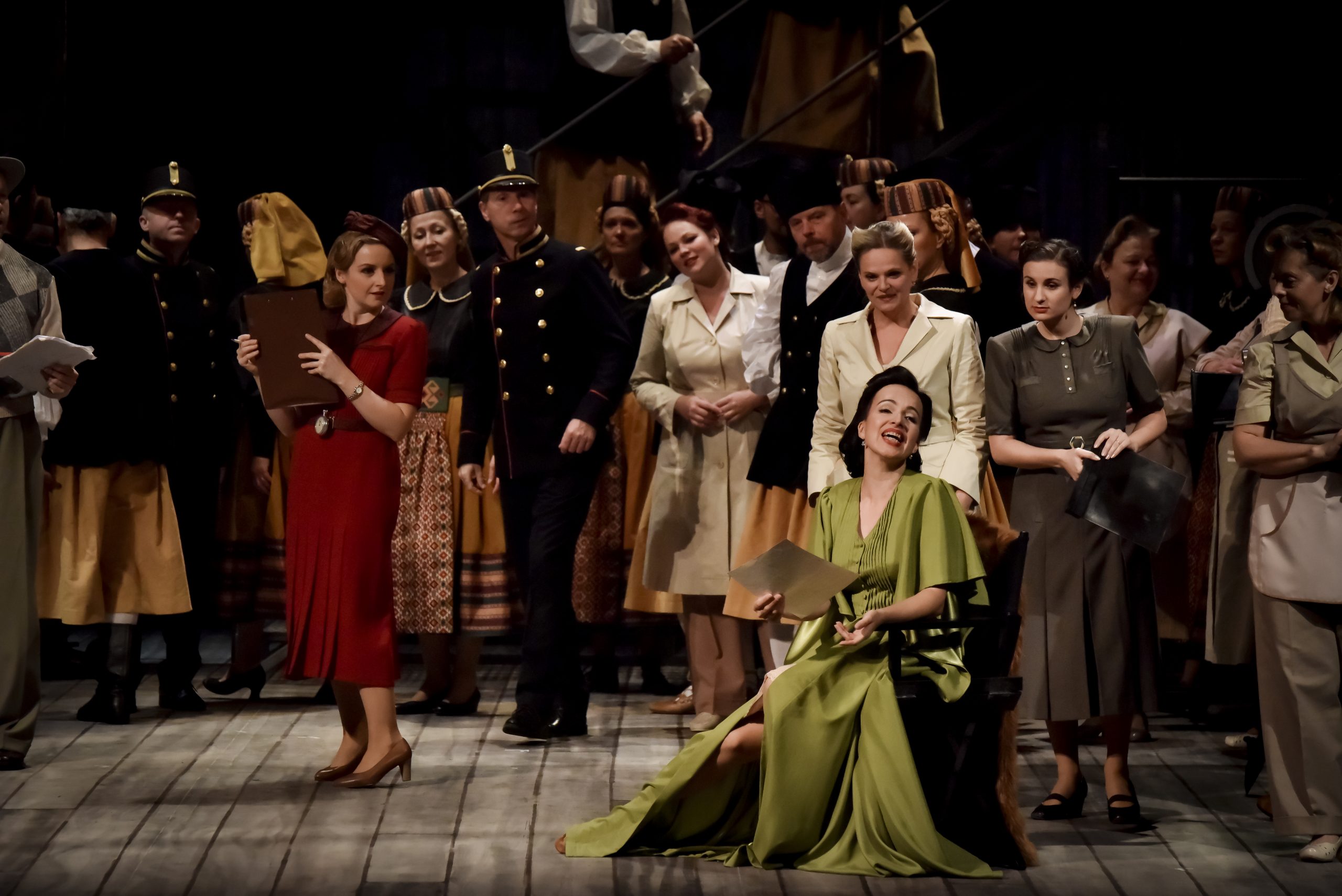 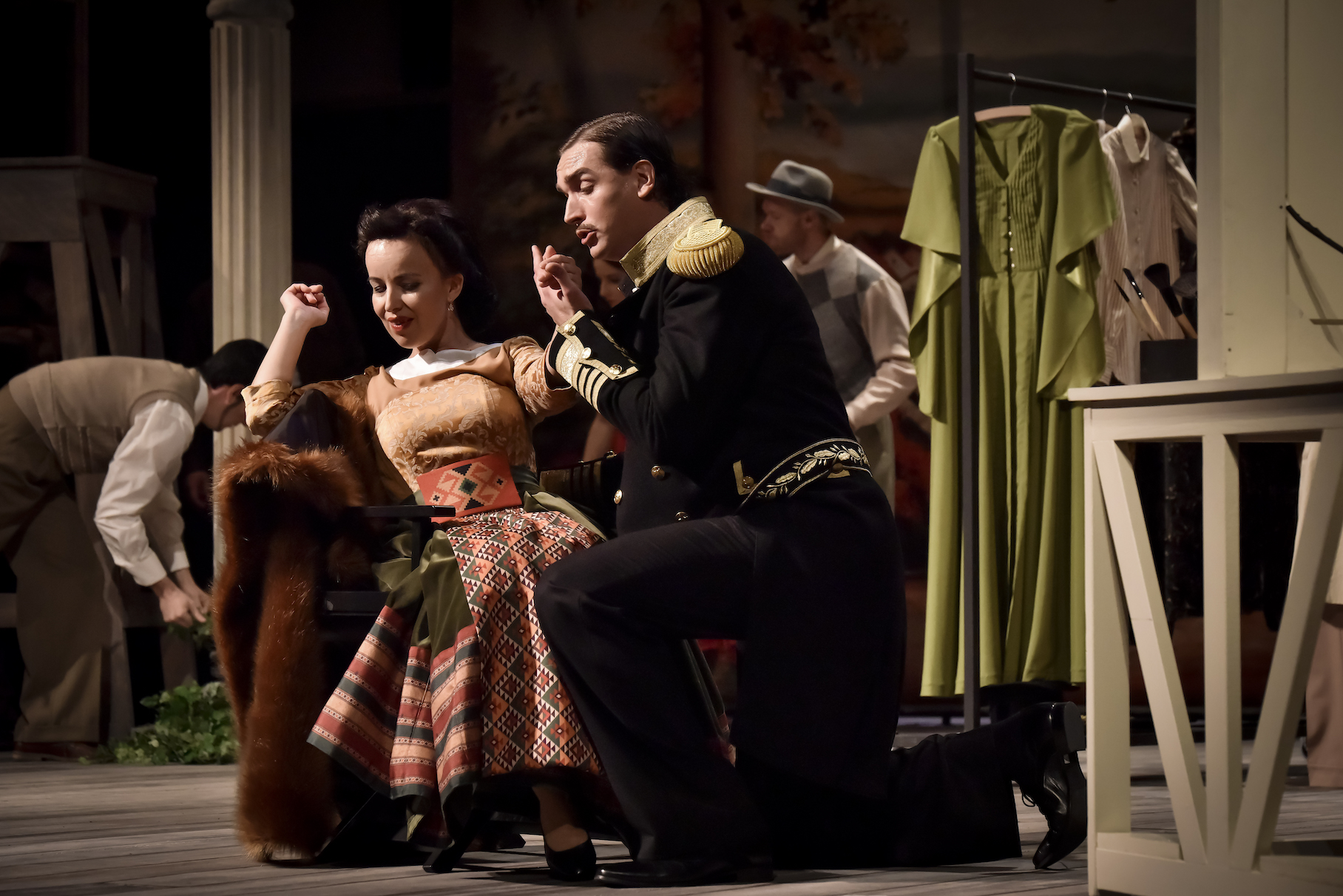 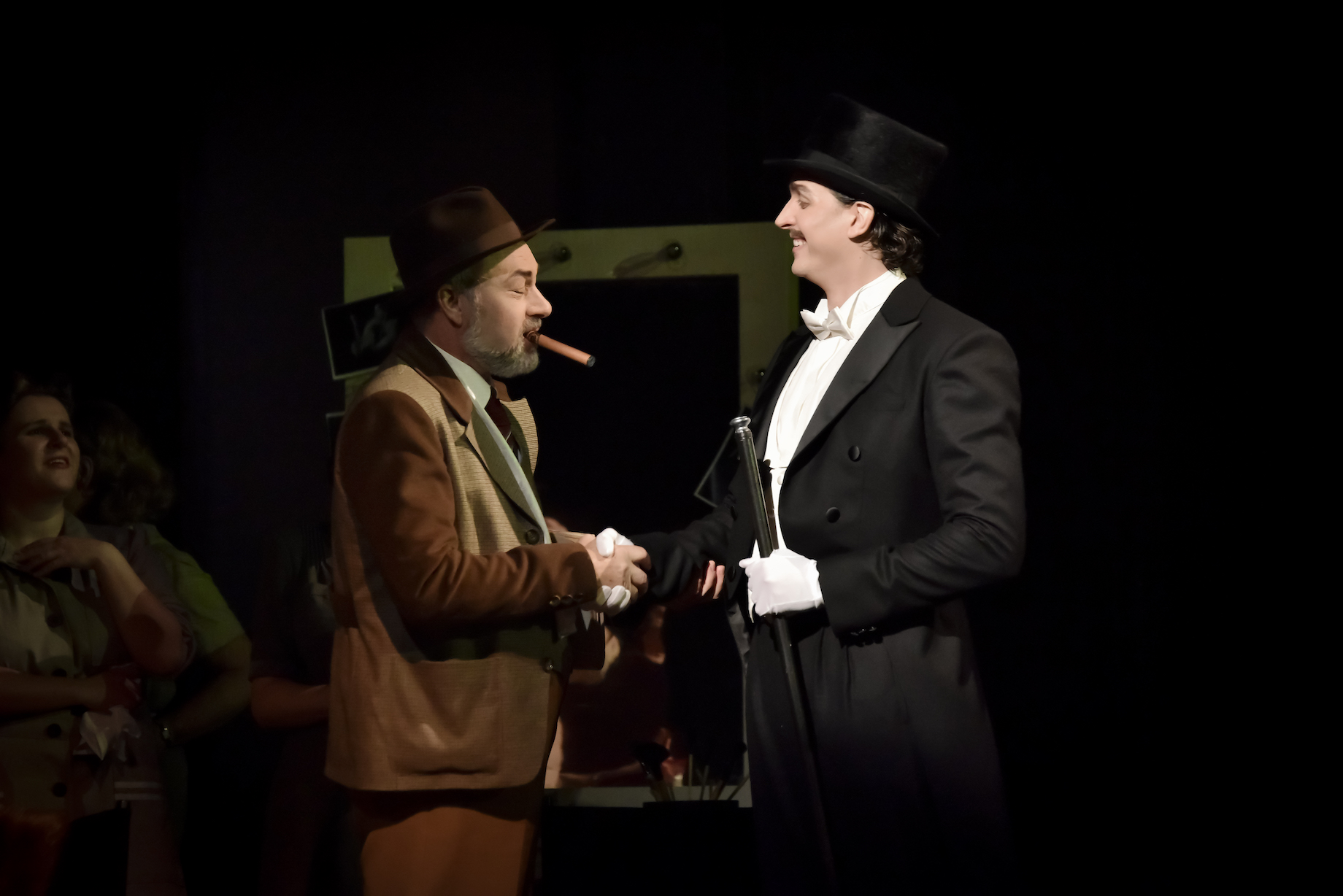 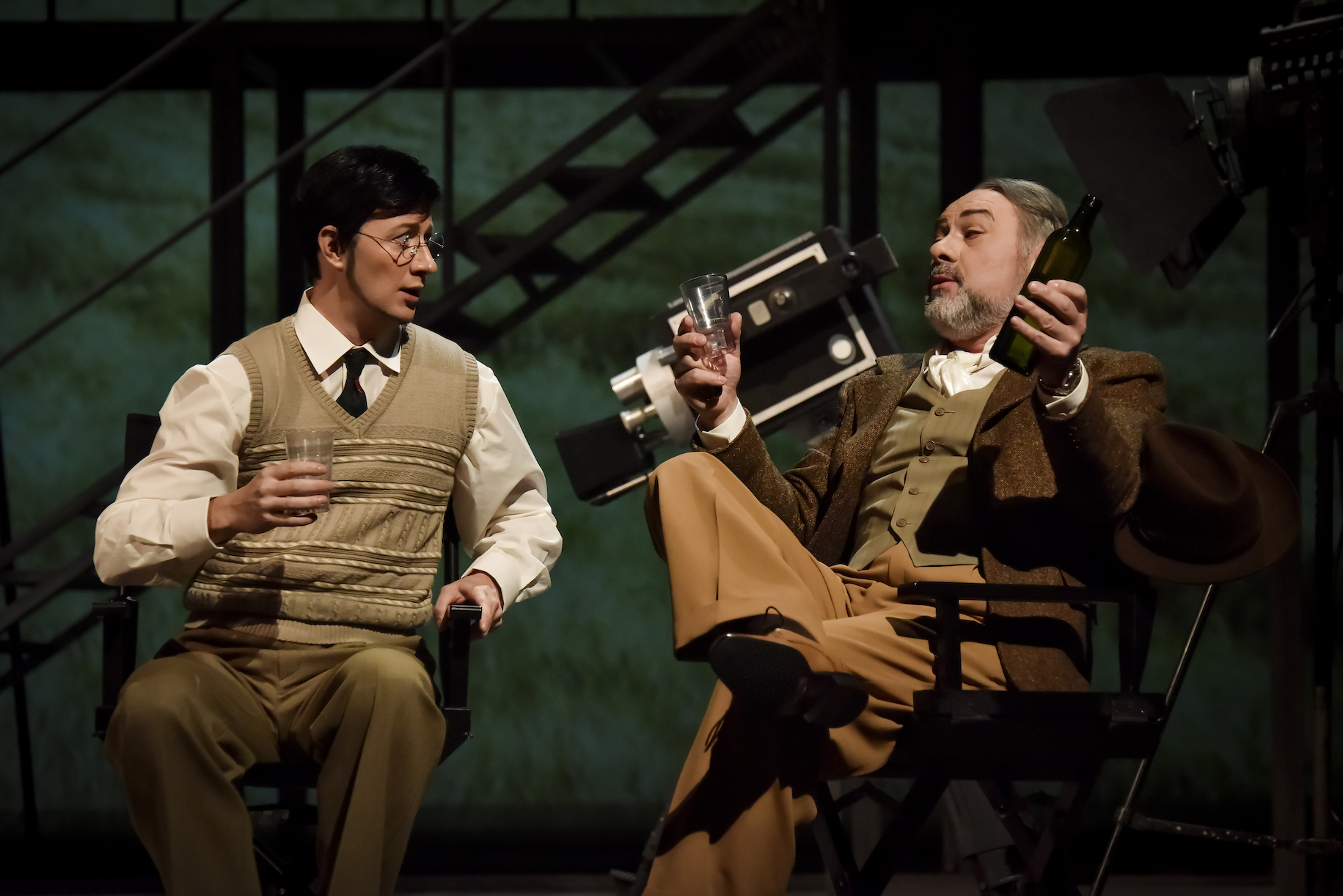 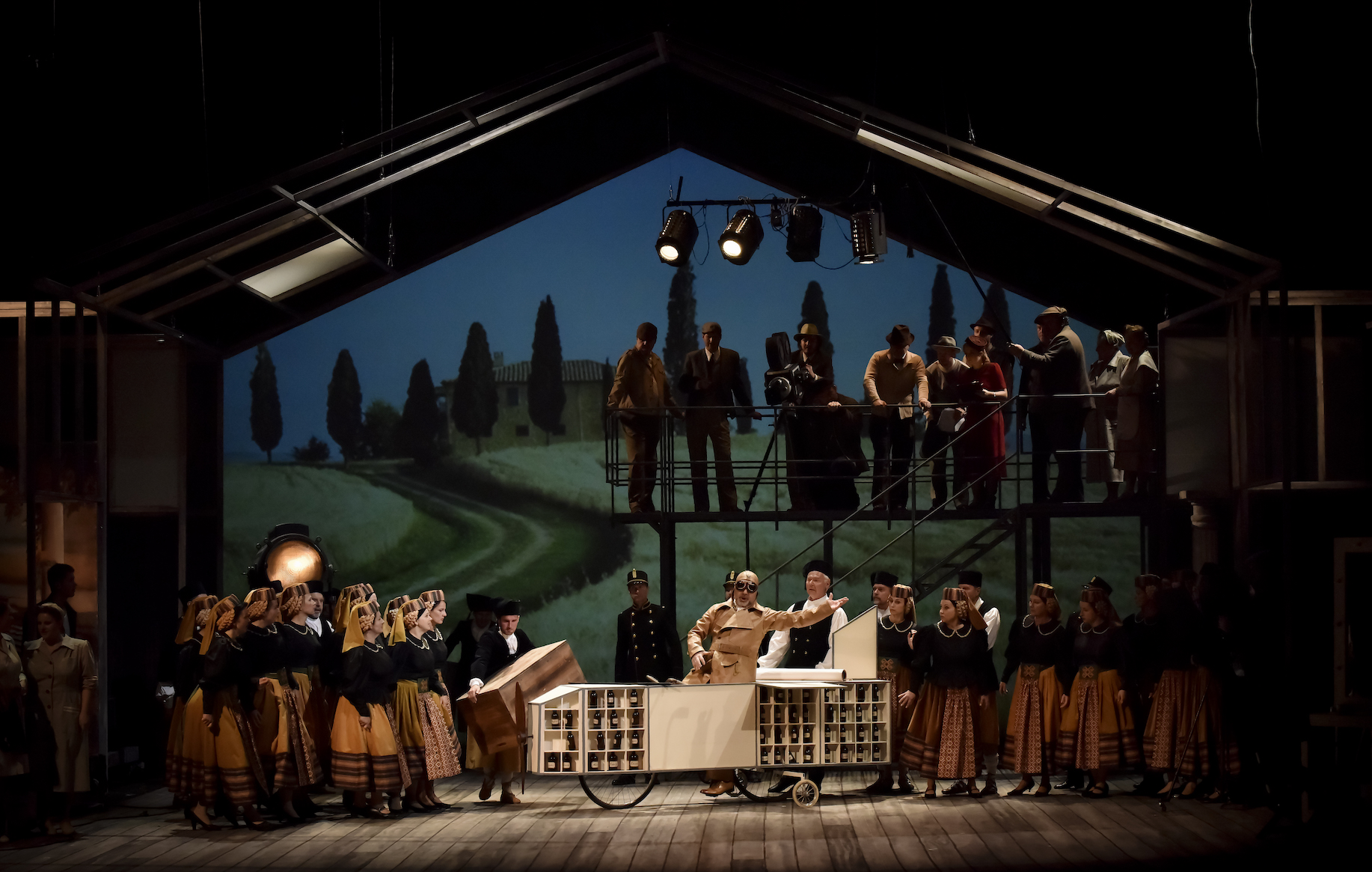 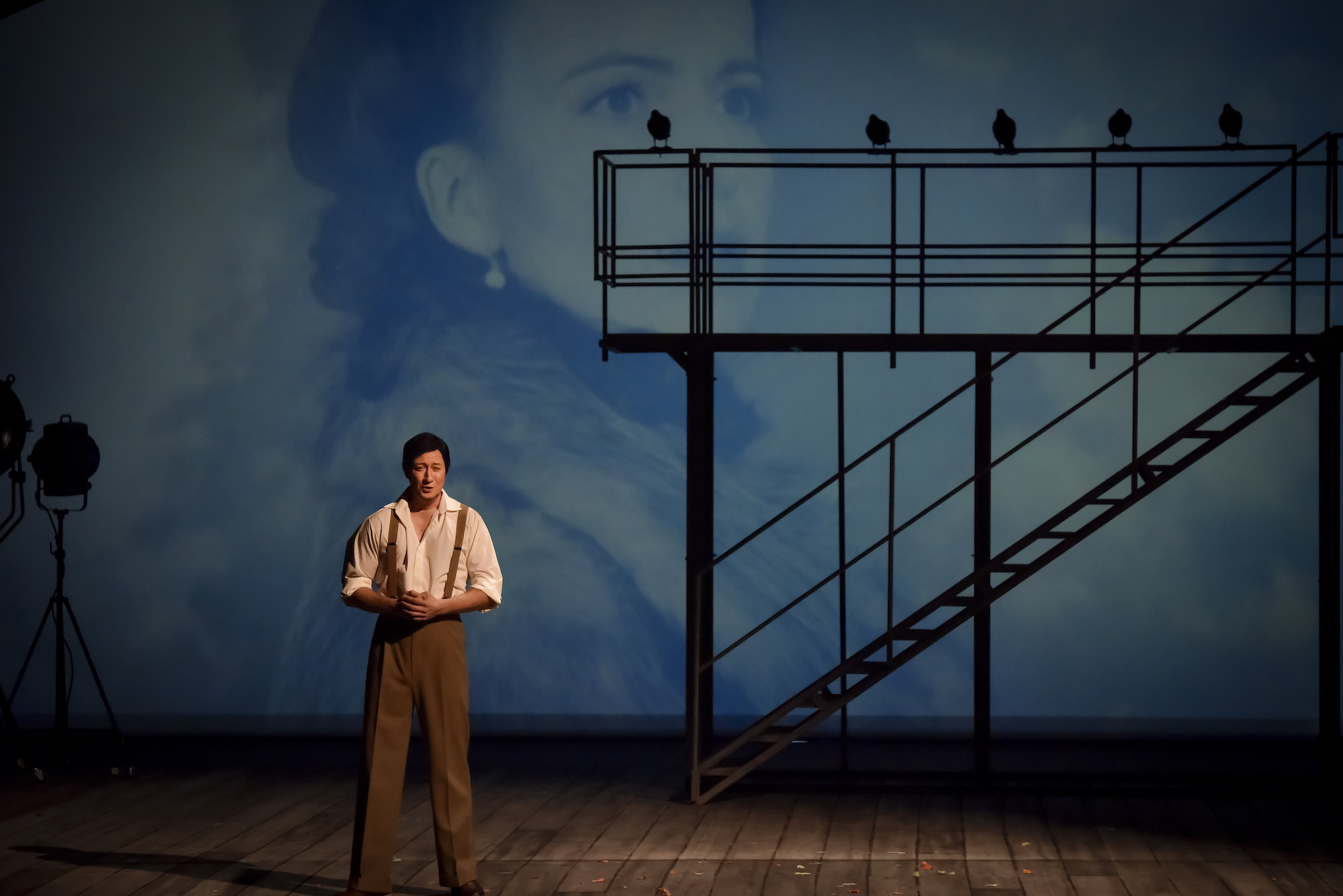 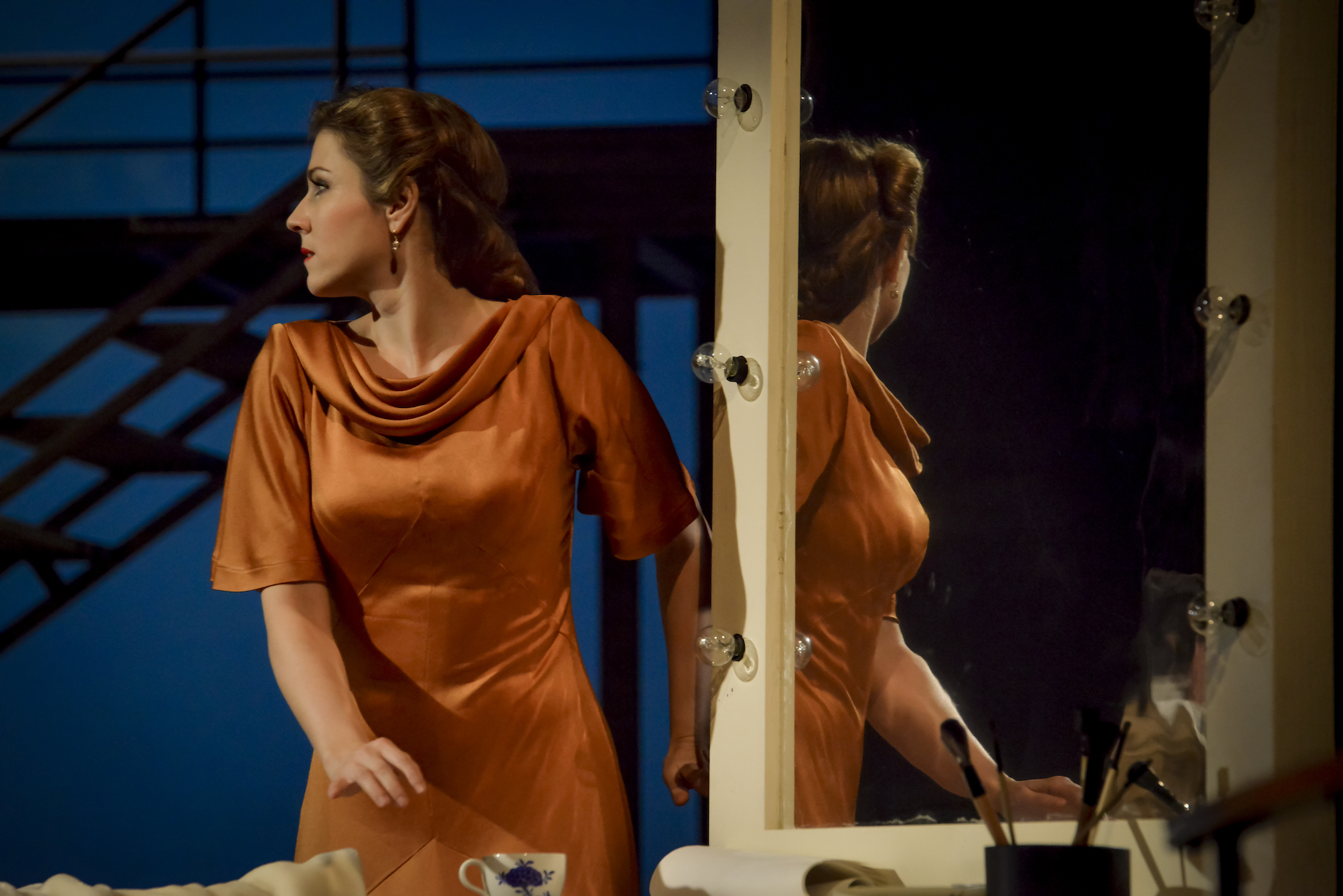