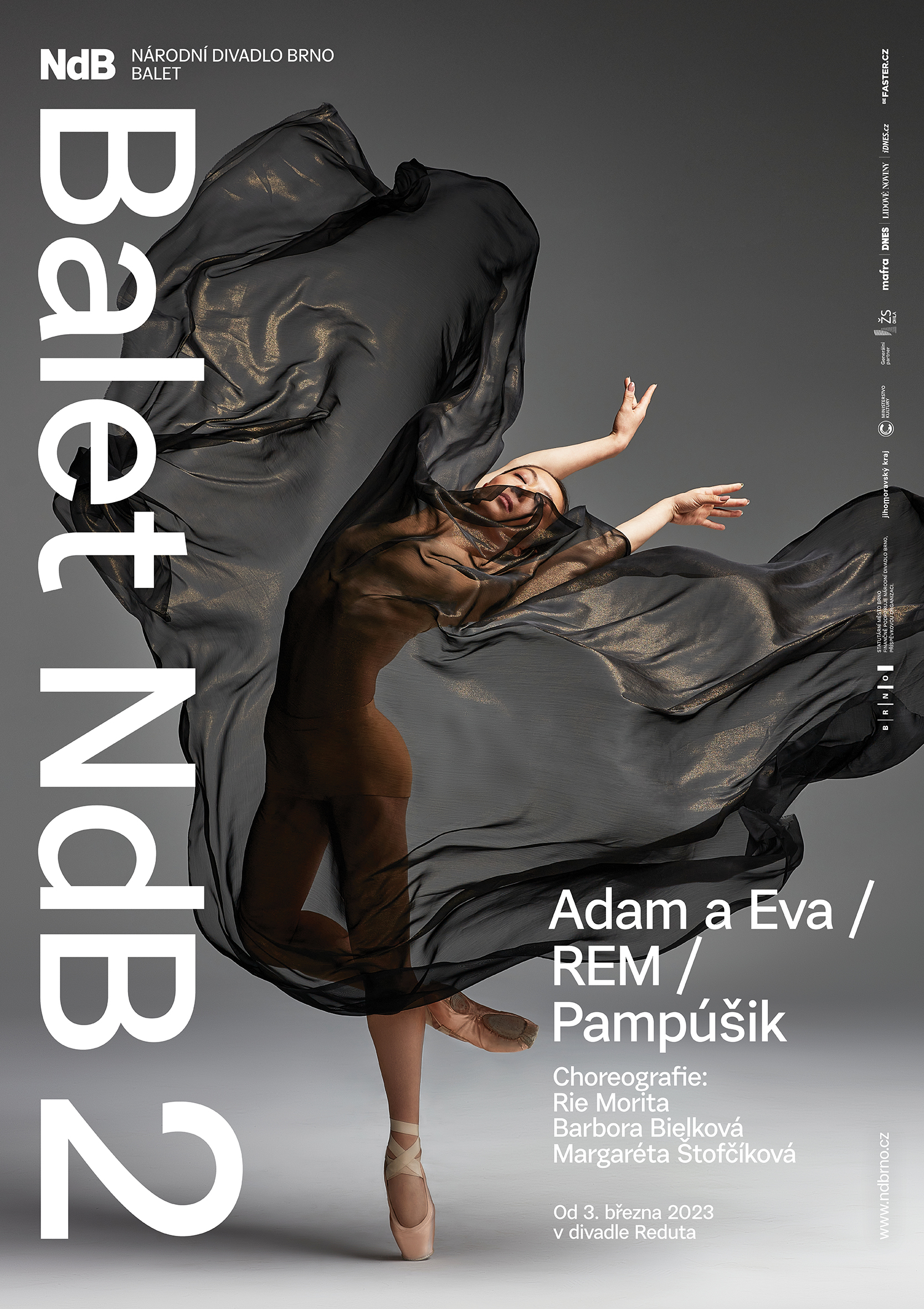 The NdB Ballet’s junior company enters the second half of its first ever season with the spring premiere of Programme 2. As in the autumn, it will be an evening of choreographies created directly for young dancers gaining professional experience.

The story of Adam and Eve is usually associated with the Christian religion because it is the Old Testament story of the creation of human beings. As we all know, Adam and Eve were unable to follow the one rule that God laid down for them and tasted the forbidden fruit. And this weakness of human beings, which alternates between desire and temptation, persists in human beings to this day.

Do you have dreams? Do you remember them? Join us for one such dream, called REM, directly on stage, inspired not only by the dreams of the choreographer herself, but also by the paintings of René Magritte and the thoughts of Polish artist Stanisław Ignacy Witkiewicz. Anything can happen in the world of dreams. And often the only thing that remains from dreams is a feeling that, although strong, cannot be put into words.

Choreography Pampúšik is a small manifesto of childhood. The main role is played by a human puppet who is gradually filled with disappointment. Just as it gradually appears in each of us from childhood and slips into our being unnoticed with the coming of age and the routine of life. Let’s get loose, step out of our “adult” lives, play, be free and let ourselves be carried away by joys and follies!

Rie Morita is a graduate of a private ballet conservatory in Japan. She completed her undergraduate studies at The Academy of Mannheim University of Music and Performance in 2013. She has worked as a dancer at Badisches Staatstheater Karlsruhe and F.X. Šalda in Liberec. She has been a member of the NdB Ballet since 2020. She has been choreographing since 2014, when she created the miniatures Kikyo, Struggle, Jumbling words, Kotodama, Bouncing notes, Neo Ballet Performance, 2nd Neo Ballet Performance and the full-length Liliom for the F. X. Šalda in Liberec in 2021.

Barbora Bielková is a graduate of the Brno Dance Conservatory. After her studies she was accepted to the NdB Ballet, where she has been working ever since. In 2016, 2018 and 2019 she contributed her choreographies to the dance evenings of young artists called Choreographic Studio. She taught dance and movement education at the P. Křížkovský Gymnasium in Brno. She has choreographed for the Festival Uprostřed or the Military Art Ensemble Ondráš and their folklore programme kRok za kRokem. She is currently studying scenography at the Janáček Academy of Performing Arts.

Margaréta Štofčíková studied modern dance at the Private Dance Conservatory in Liptovský Hrádek. Since 2020 she has been studying choreography at the Academy of Performing Arts in Bratislava. In the past, she has collaborated with Slovak choreographers and dancers such as Igor Holováč, Radoslav Piovarč, Andrej Petrovic, Milan Kozánek and Milan Herich. Her previous creative experience includes choreographies created for Liptovské divadlo tanca, Fairy Tales, Atlas and Waiting …For? …When?!. 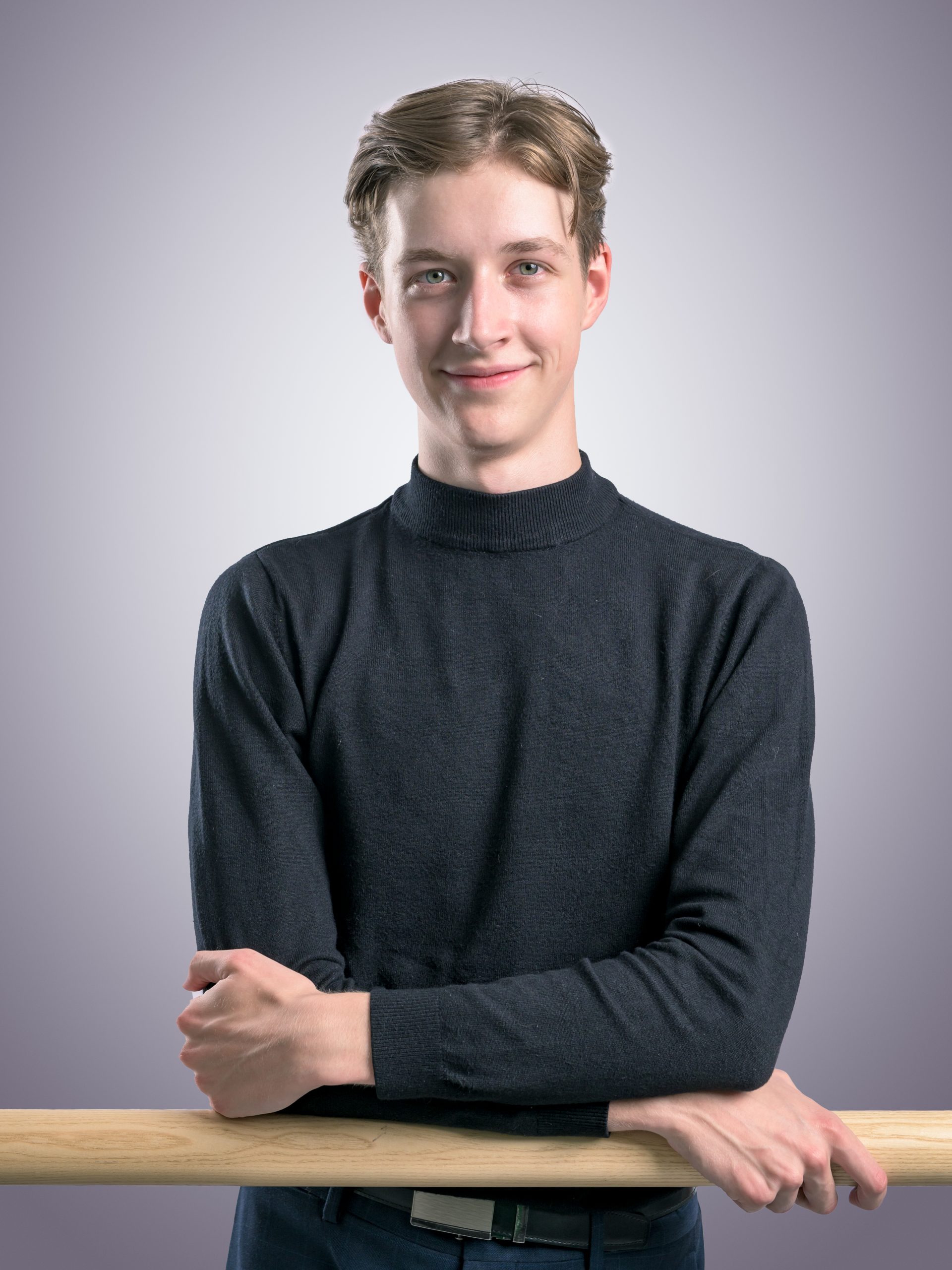 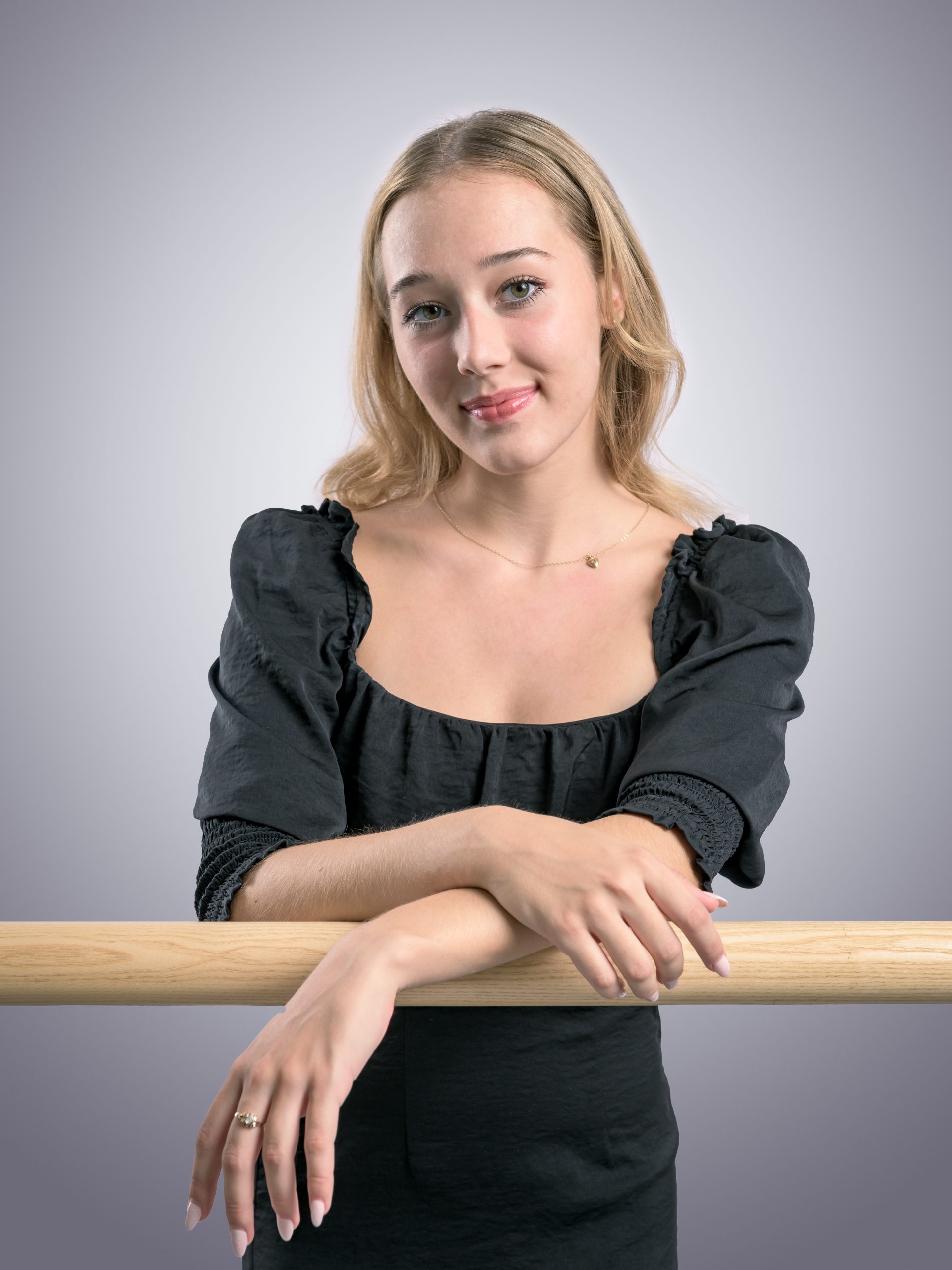 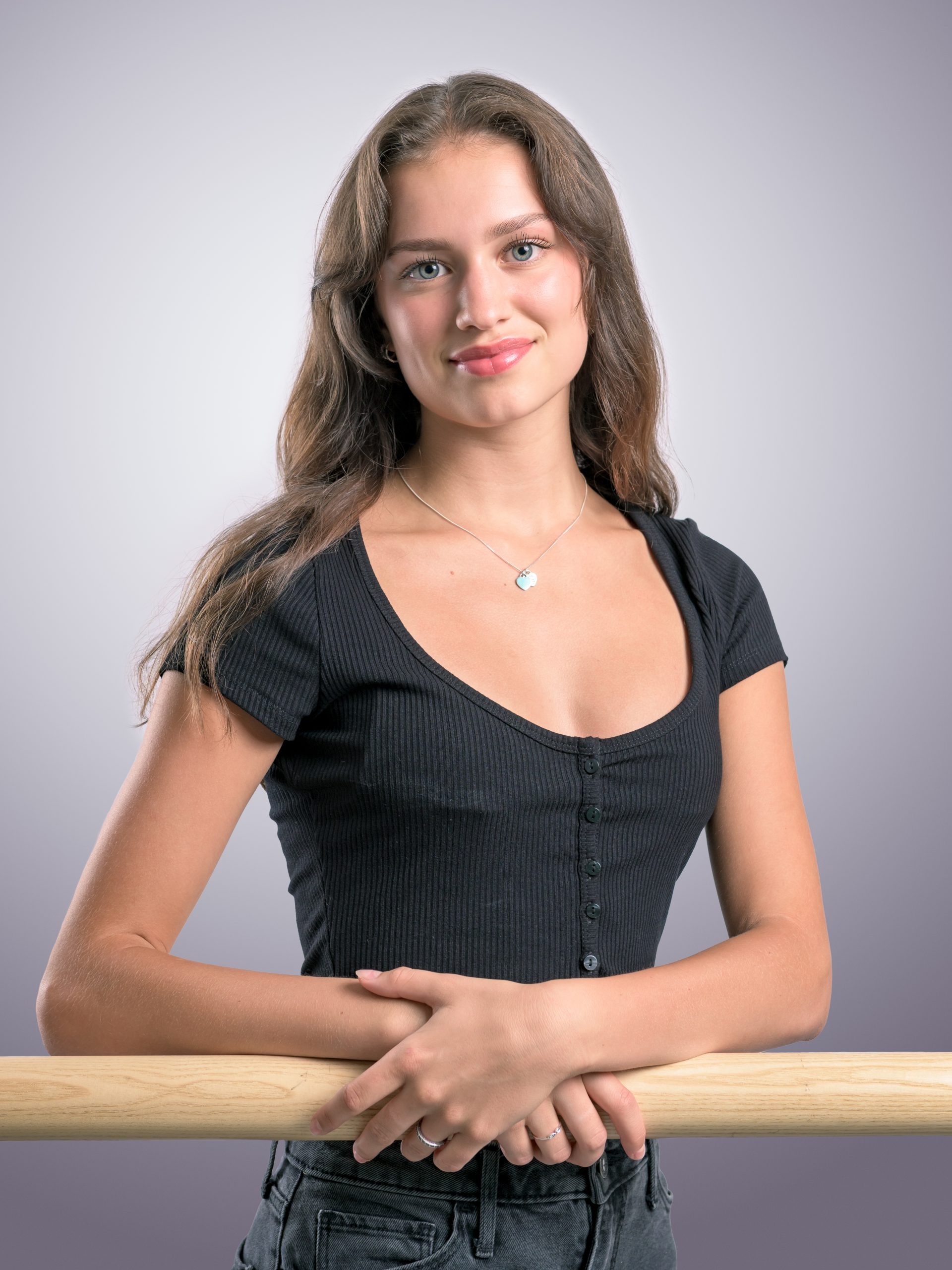 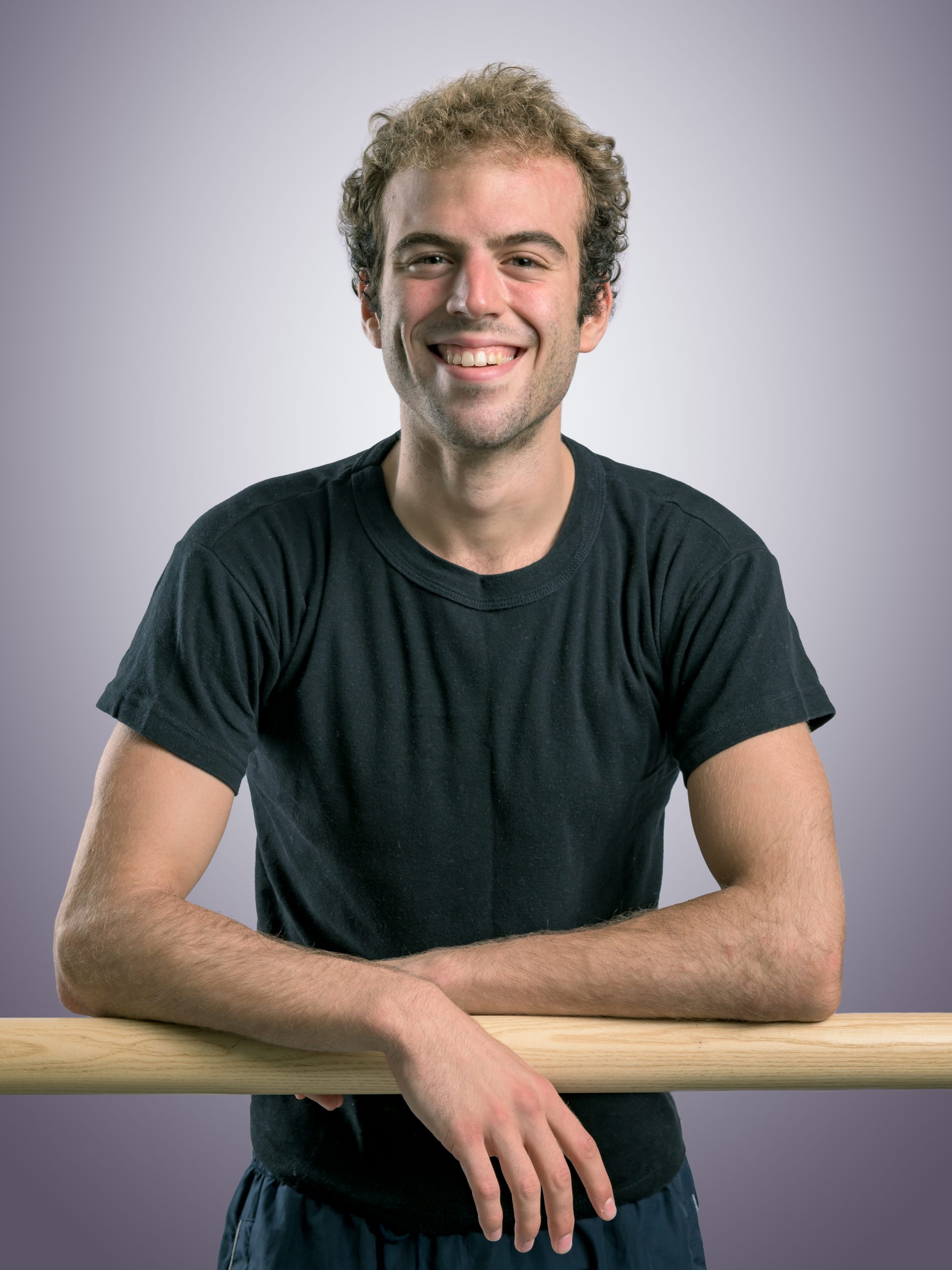 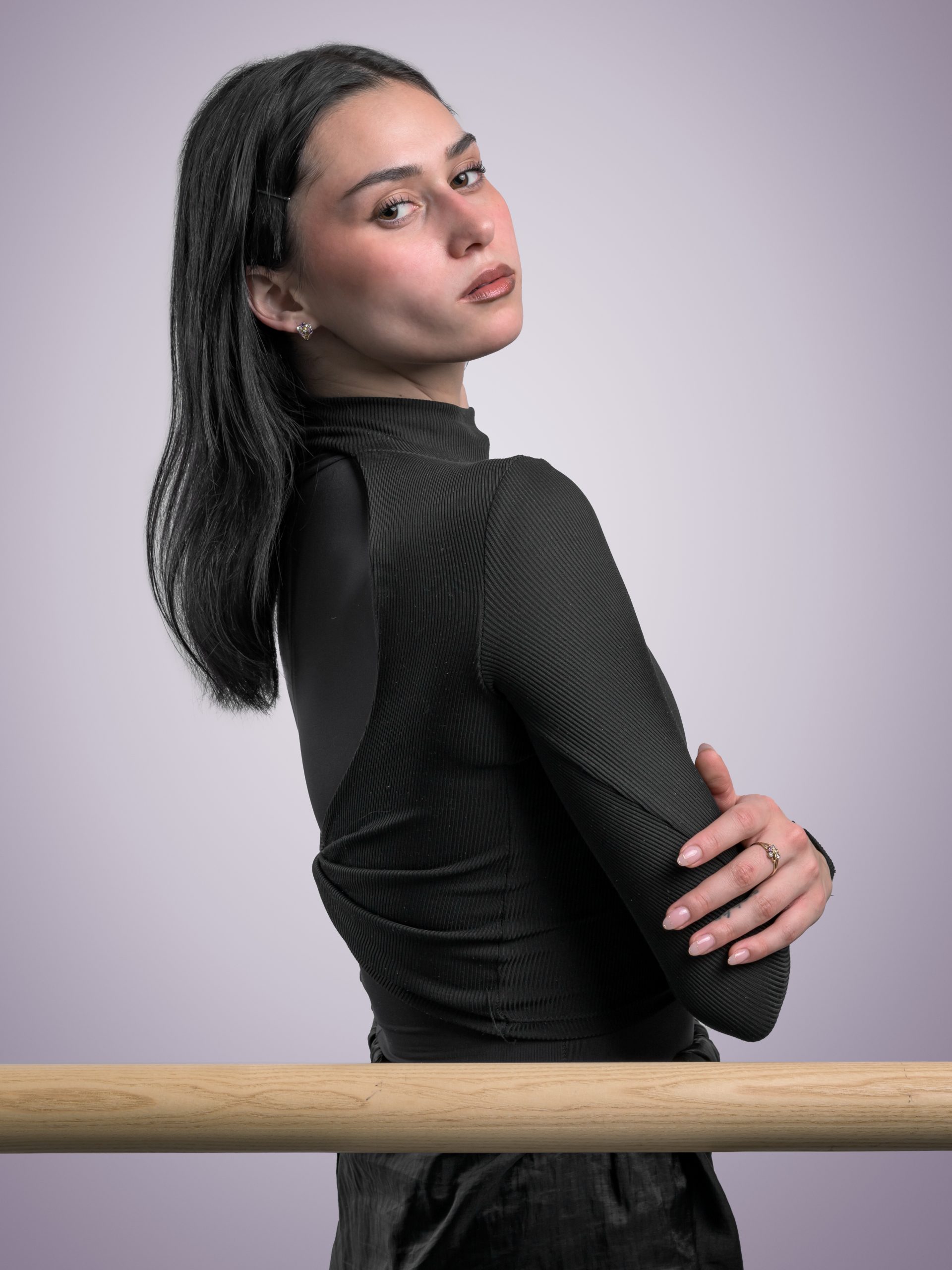 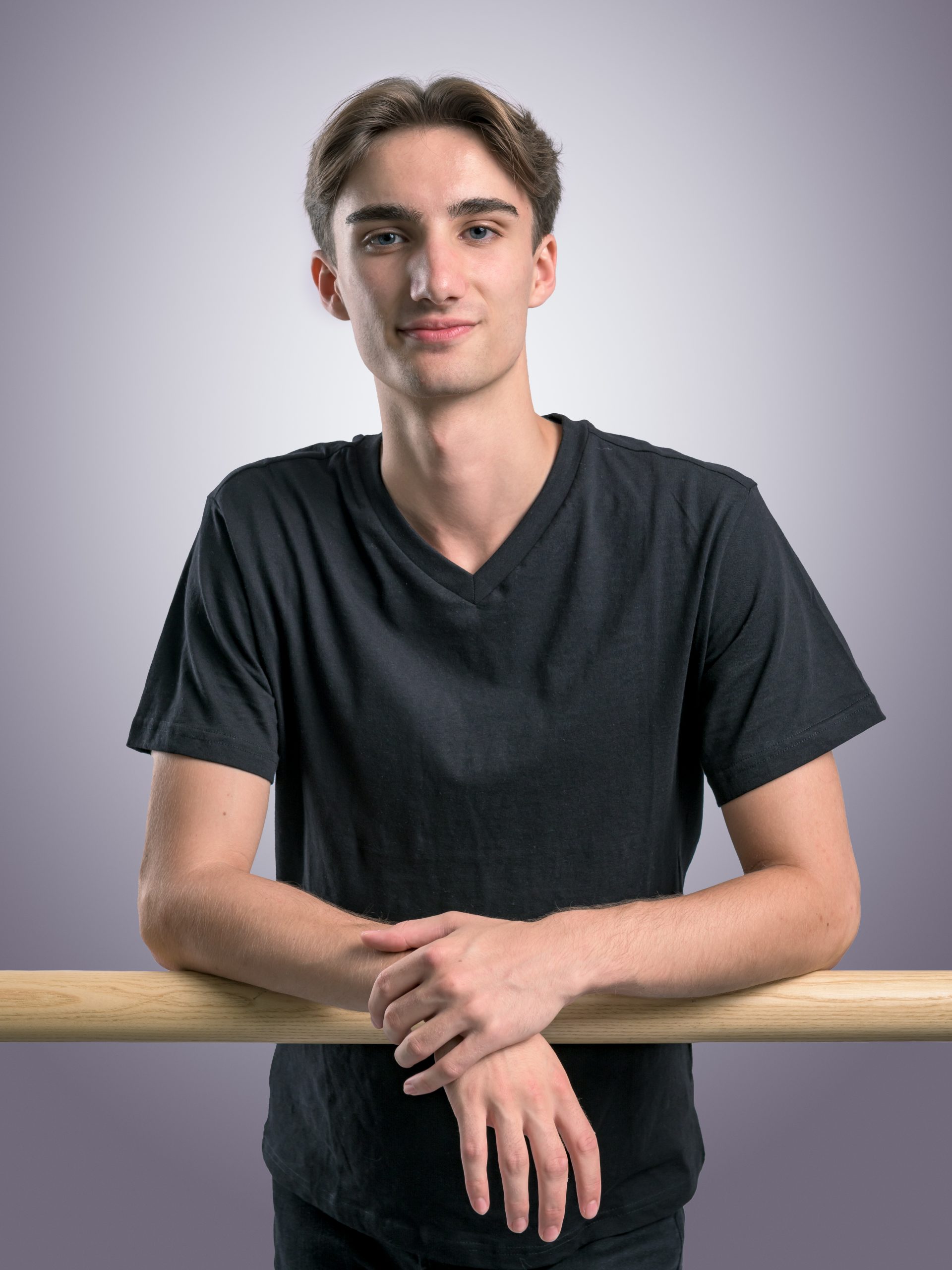 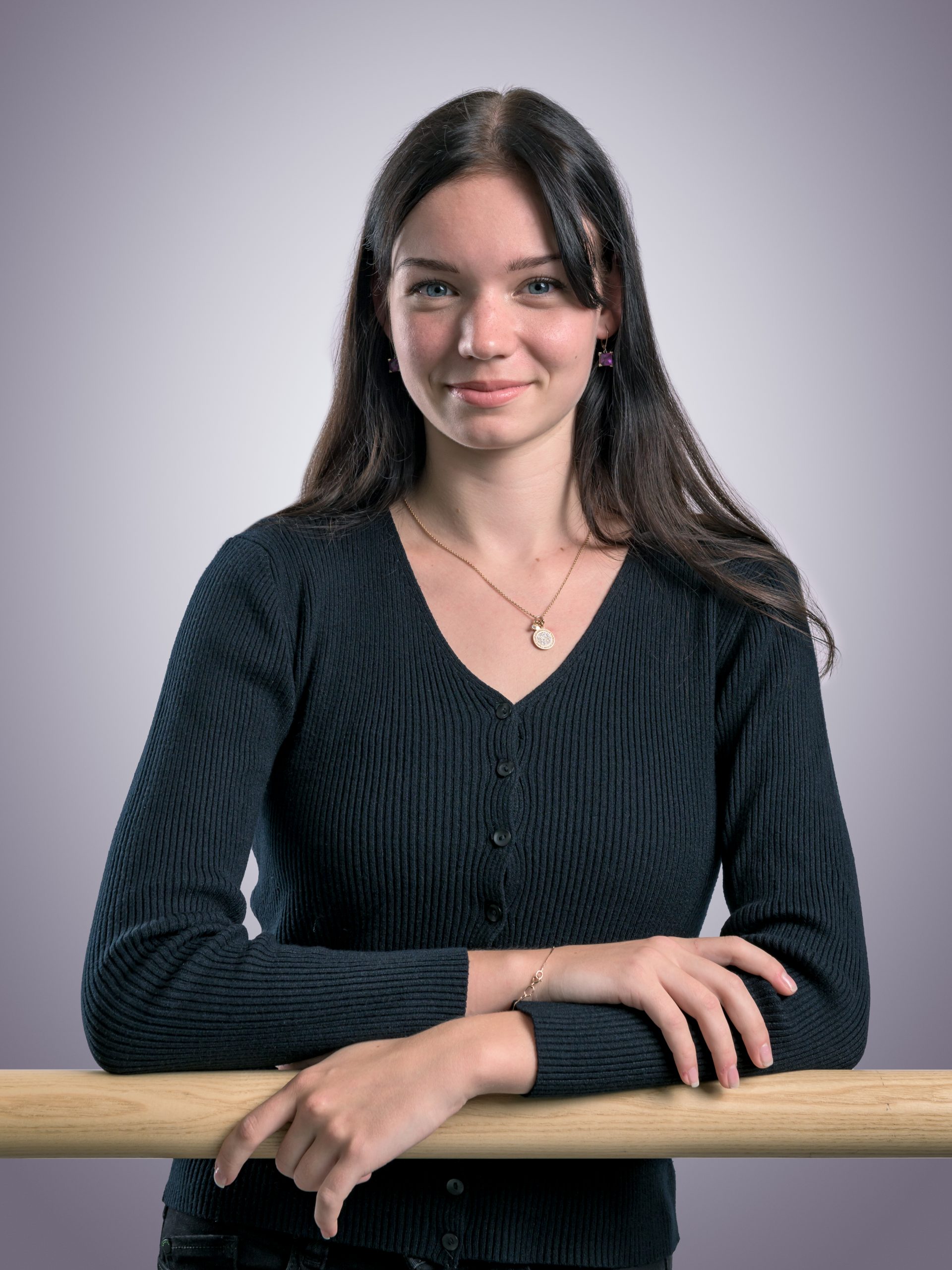 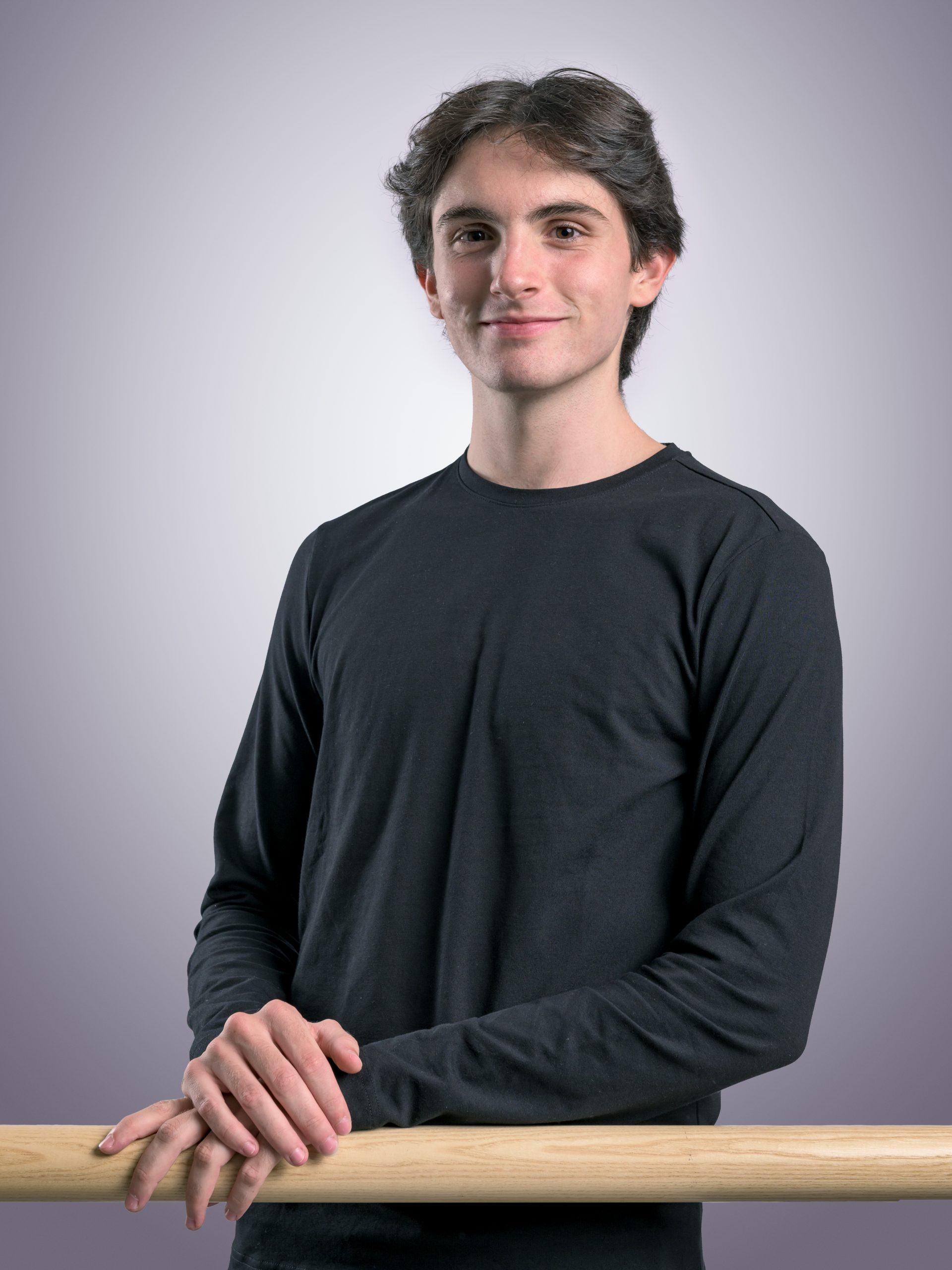 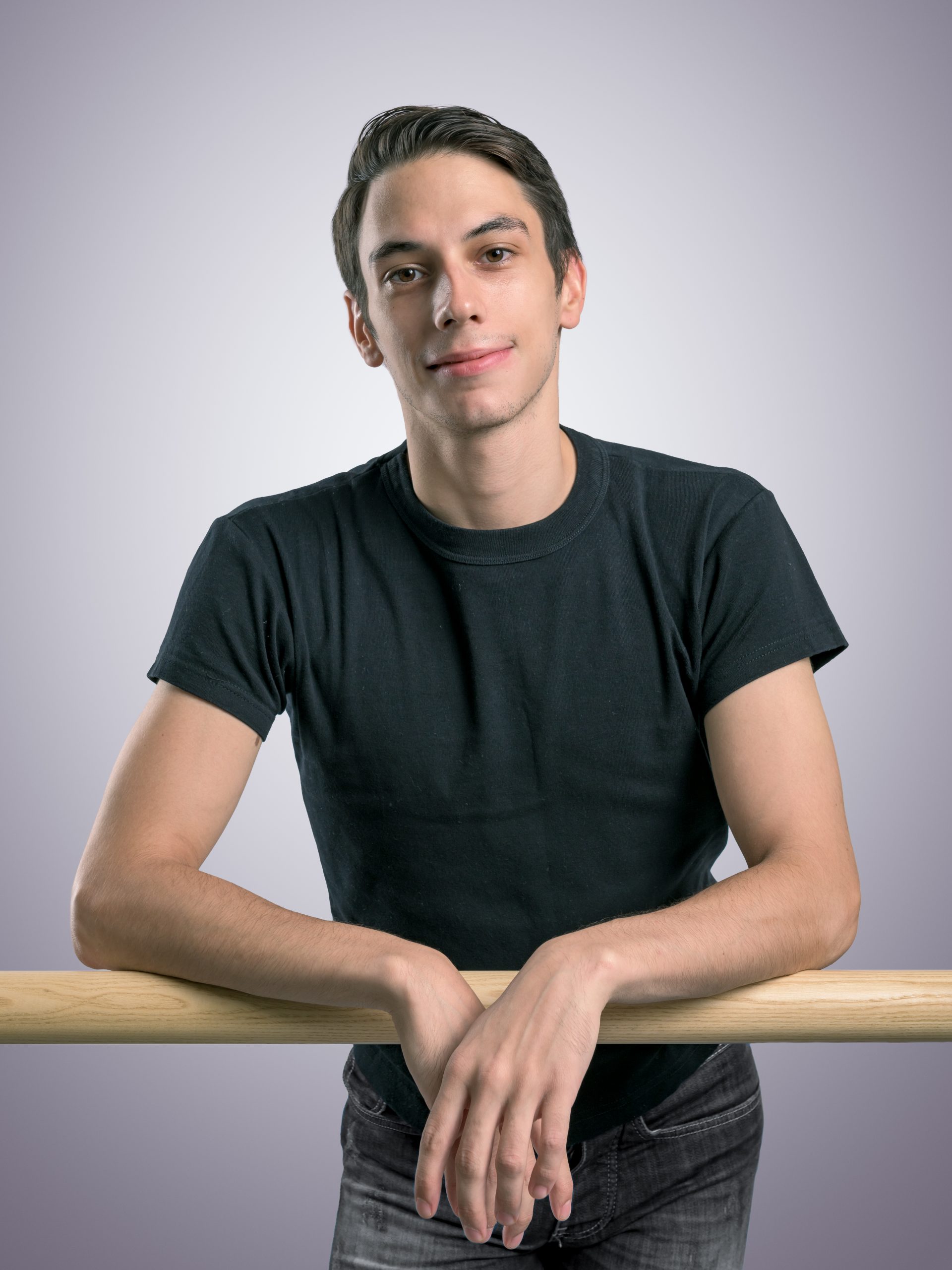 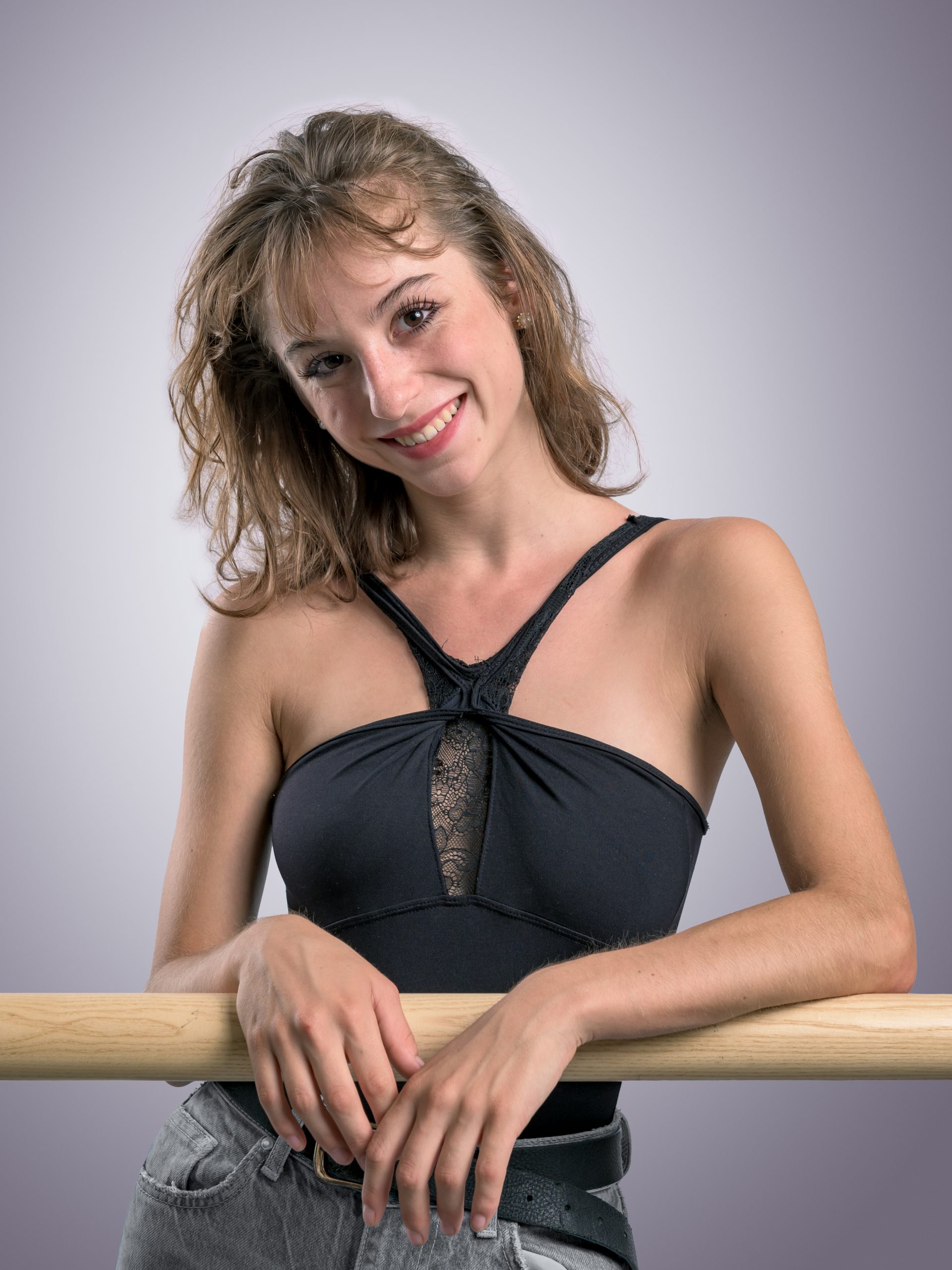 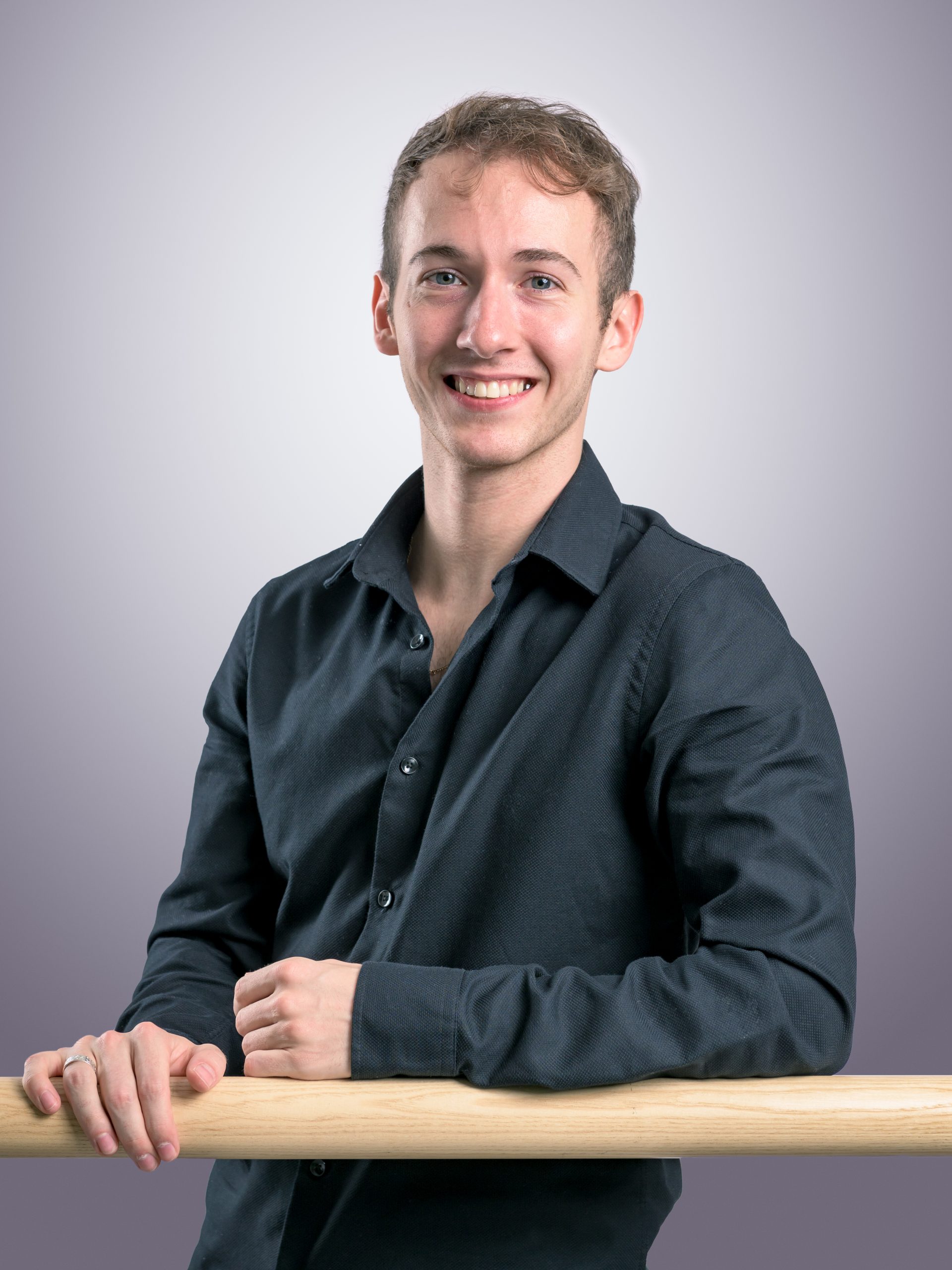 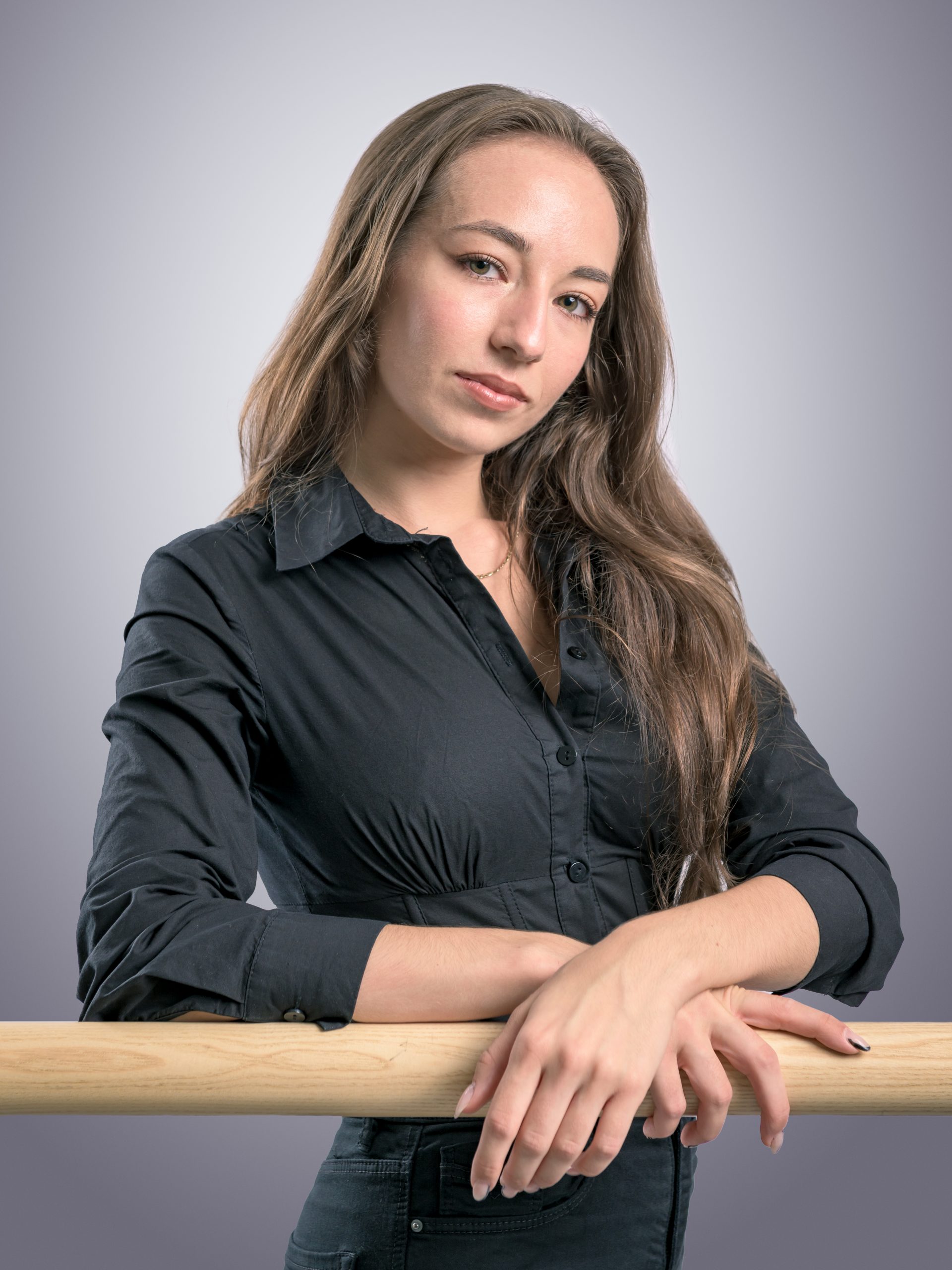