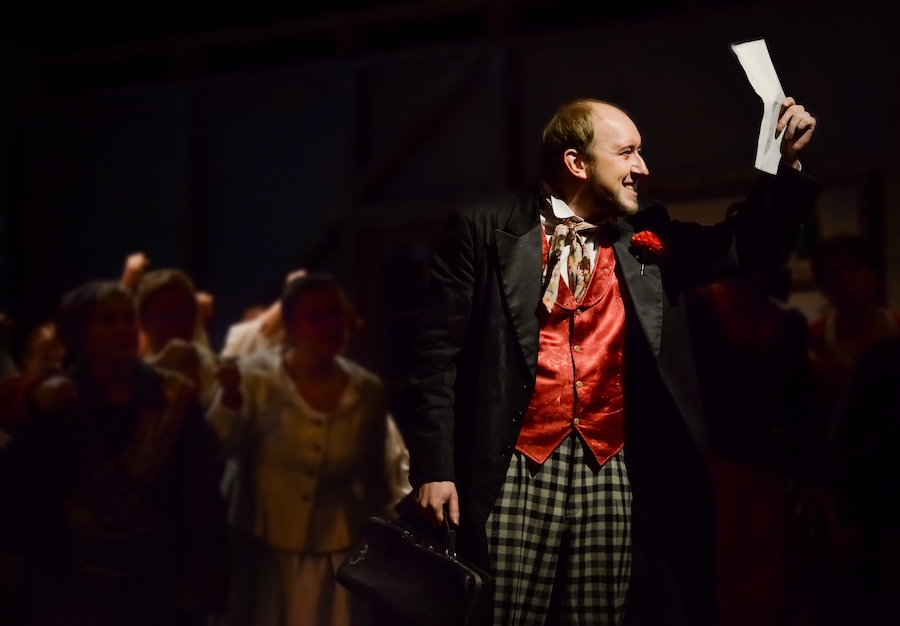 Staged in the Czech original with Czech, English and German subtitles. The performance lasts about 2 hours 50 minutes, including interval.

After the successful premiere of Smetana’s first opera, a drama called The Brandenburgers in Bohemia, he decided to compose a contrasting comic work that was truly rooted in Czech tradition. Together with the writer Karel Sabina, they chose a rural theme with realistic characters and the opera premiered in Prague in 1866. The story takes place in a small Bohemian village where two young lovers live, Mařenka and Jeník. However Mařenka’s parents, along with the marriage broker, want her to marry the son of the rich landowner, Mícha, to whom her father owes a debt. With both Mařenka and Jeník disguising their identities, whilst comically deceiving several characters, true love prevails and the happy couple are united.

As a musical picture of Czech life, The Bartered Bride has become arguably the most popular Czech opera of all time and is a mainstay in opera houses around the world. Smetana’s operas established him as a founding father of Czech, classical music. In The Bartered Bride he uses traditional Bohemian dance forms such as the polka and furiant making the work quintessentially Czech in spirit. Smetana’s light-hearted masterpiece provokes not only national pride when played in its homeland, but also strikes the same inspirational chords when played abroad. The Bartered Bride promises a delightful evening full of fun and entertainment for the whole family.

Ondřej Havelka’s production has from its premiere been among audiences’ favourite titles from our repertoire. Havelka himself says of it: “The basic principle of the production is not at all extravagant, as I will admit that I am not at all a fan of drastic updating and transferring of classical works to the present. However it certainly is not about the usual, what we might call ‘overly folksy’, cliché, which directors sometimes fall into from fear of staining the sanctity of the most important Czech national opera. My aim is to create a performance which will be lively, colourful and most of all entertaining musical theatre – after all we are talking about a comic opera.”

Act 1
The whole village is merrymaking on the village green, just Mařenka is sad. Her parents have forced her to wed the wealthy Vašek and leave Jeník, who is a poor swain without a home. Her father had listened to the words of the matchmaker Kecal, who had cited Vašek’s virtues as the sole heir to Mícha‘s huge estate, for his stepbrother has disappeared without trace. Mařenka however refused the red-blooded Vašek. Kecal, not wanting to lose good business, goes to see Jeník.

Act 2
Mařenka finds for Vašek amongst the merrymakers. He does not know her, and she vilifies his betrothed to such an extent that Vašek decides that he could not marry such a girl. Meanwhile Kecal has offered Jeník 300 gold pieces to abandon Mařenka. Jeník agrees, but on the proviso that Mařenka weds Mícha’s son. Kecal agrees and the contract is signed. In the hall there is anger and disgust towards the fellow who has sold his bride.

Act 3
Some comedians come to the village and invite the villagers to their performance. Vašek, who looks at them with interest, cannot take his eyes off Esmerelda. She immediately takes advantage of the situation. They need a bear and the stupid Vašek is easily persuaded to take on this task.

In the meantime Mařenka finds out that Jeník had sold her, but cannot believe it. Jeník wants to tell her the full story, but Mařenka scorns him and says that she would rather marry Vašek.  Jeník can see that he has to act quickly. He presents himself to Mícha, tells him that he is his long-lost son Jan, and asks that he may fulfil the contract that he had made with Kecal. Mařenka falls into Jeník’s embrace and the parents bless them. 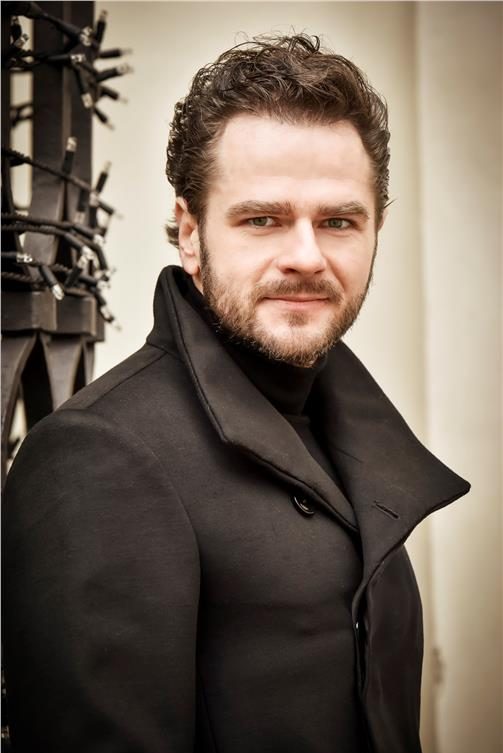 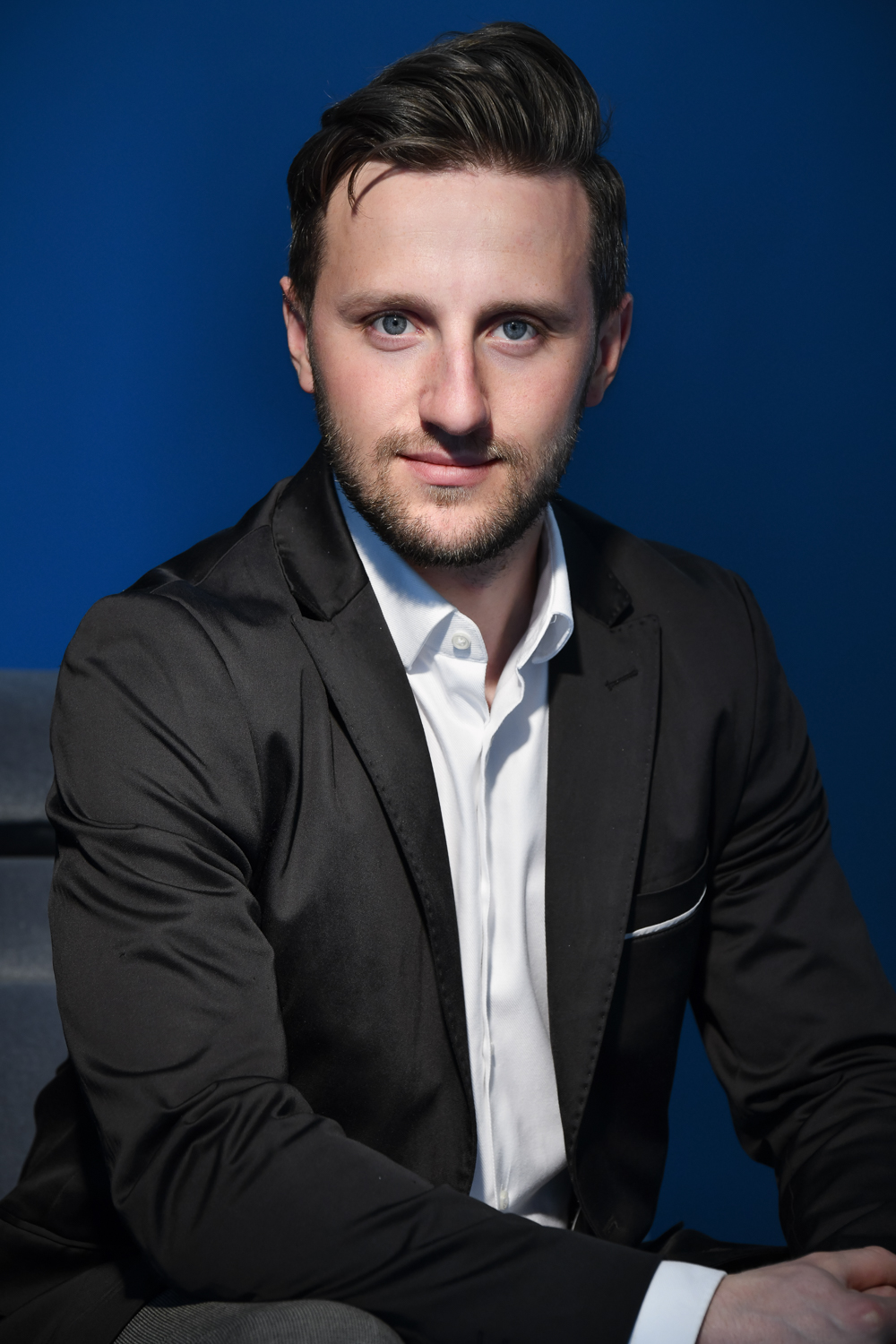 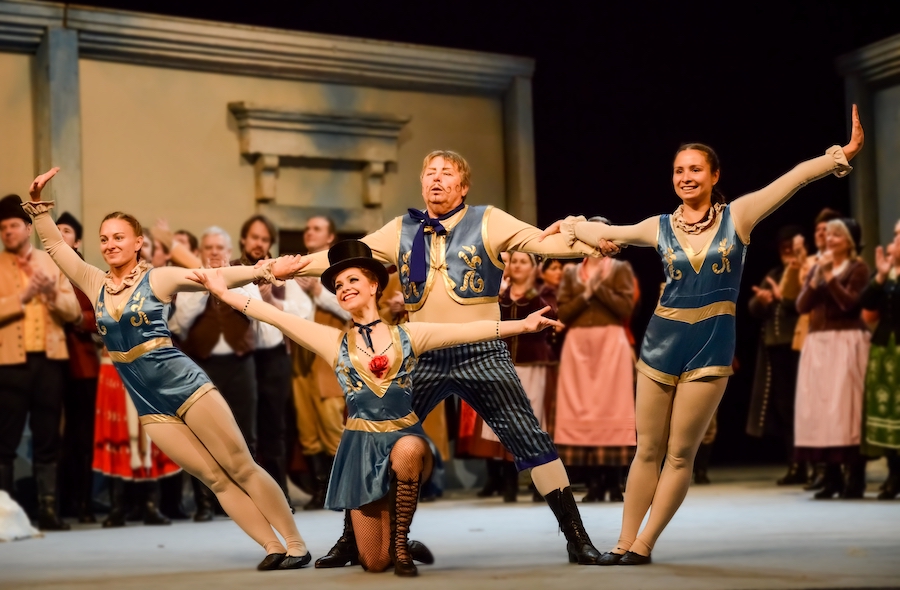 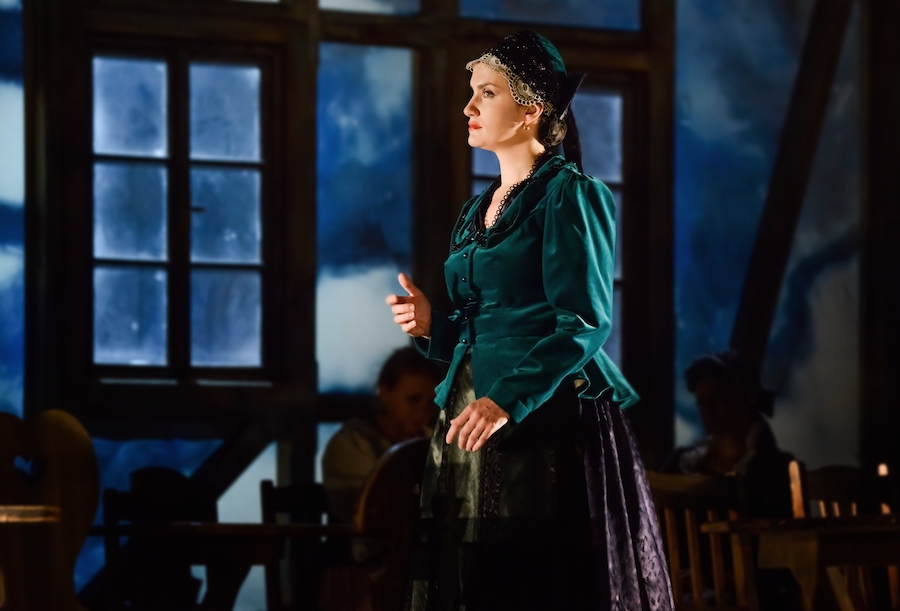 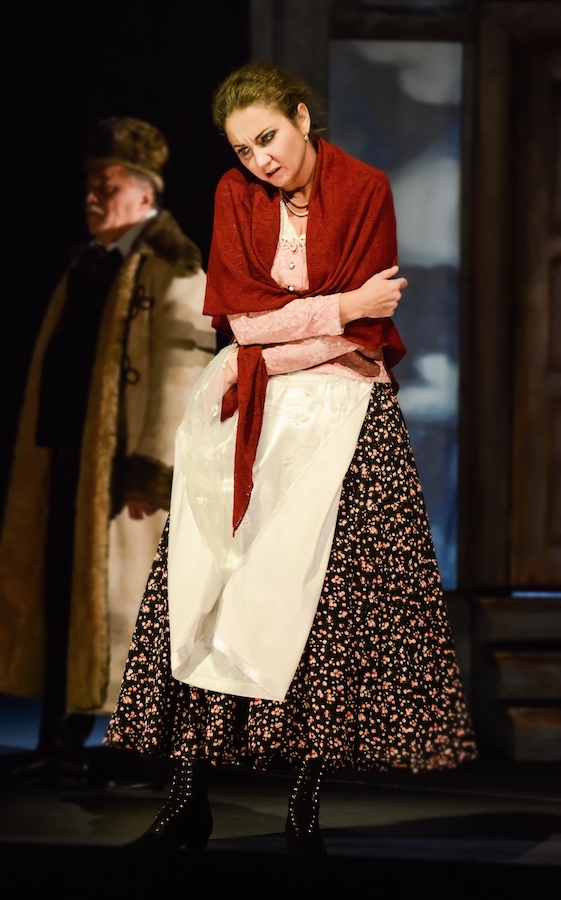 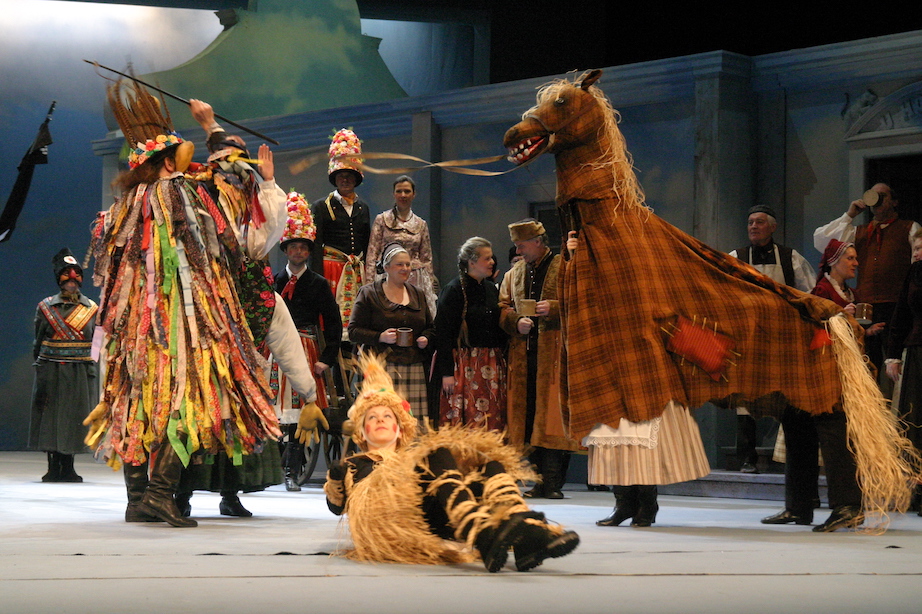 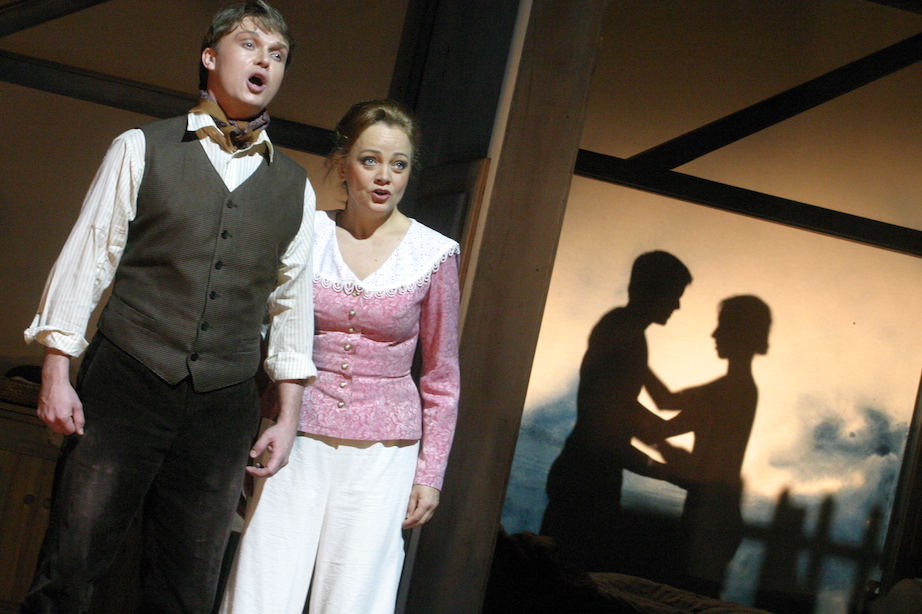 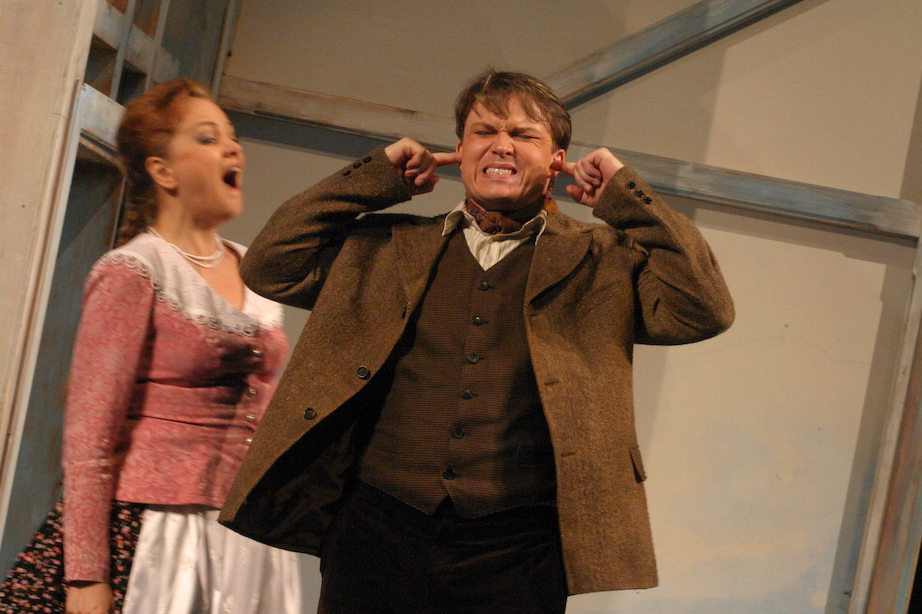 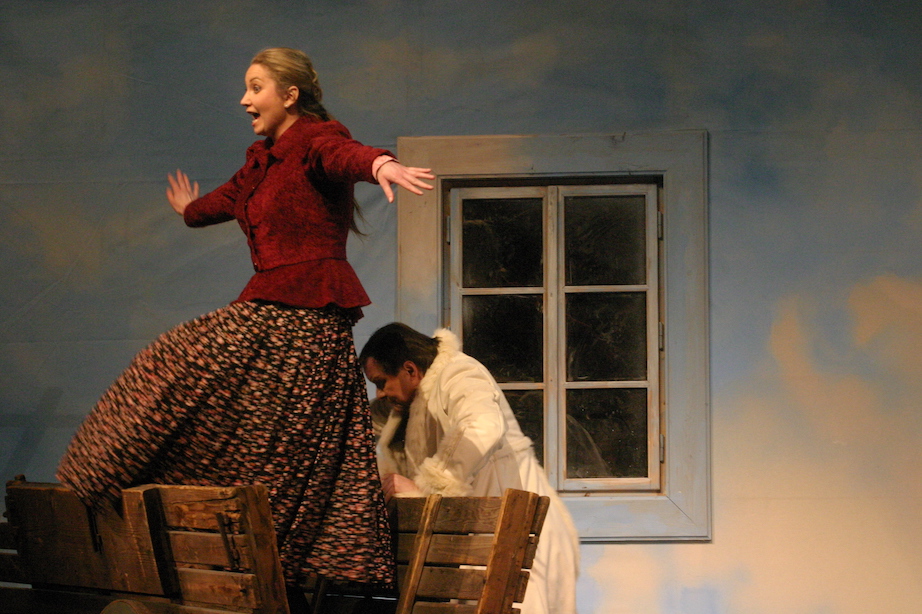 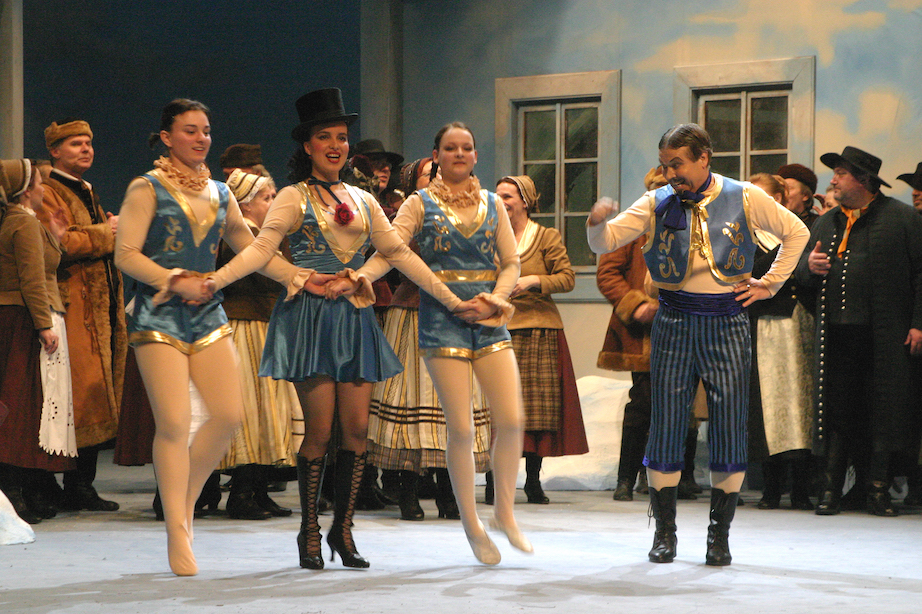 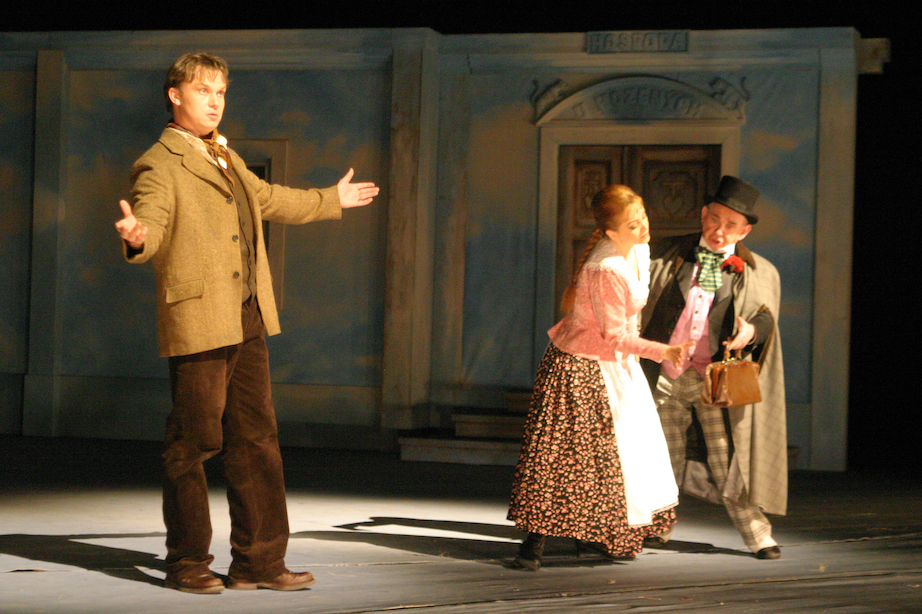 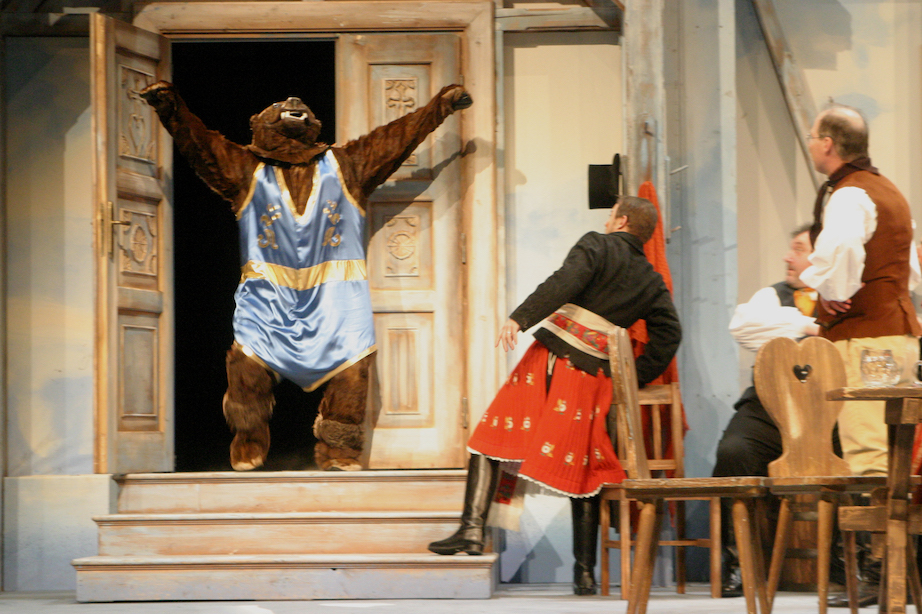