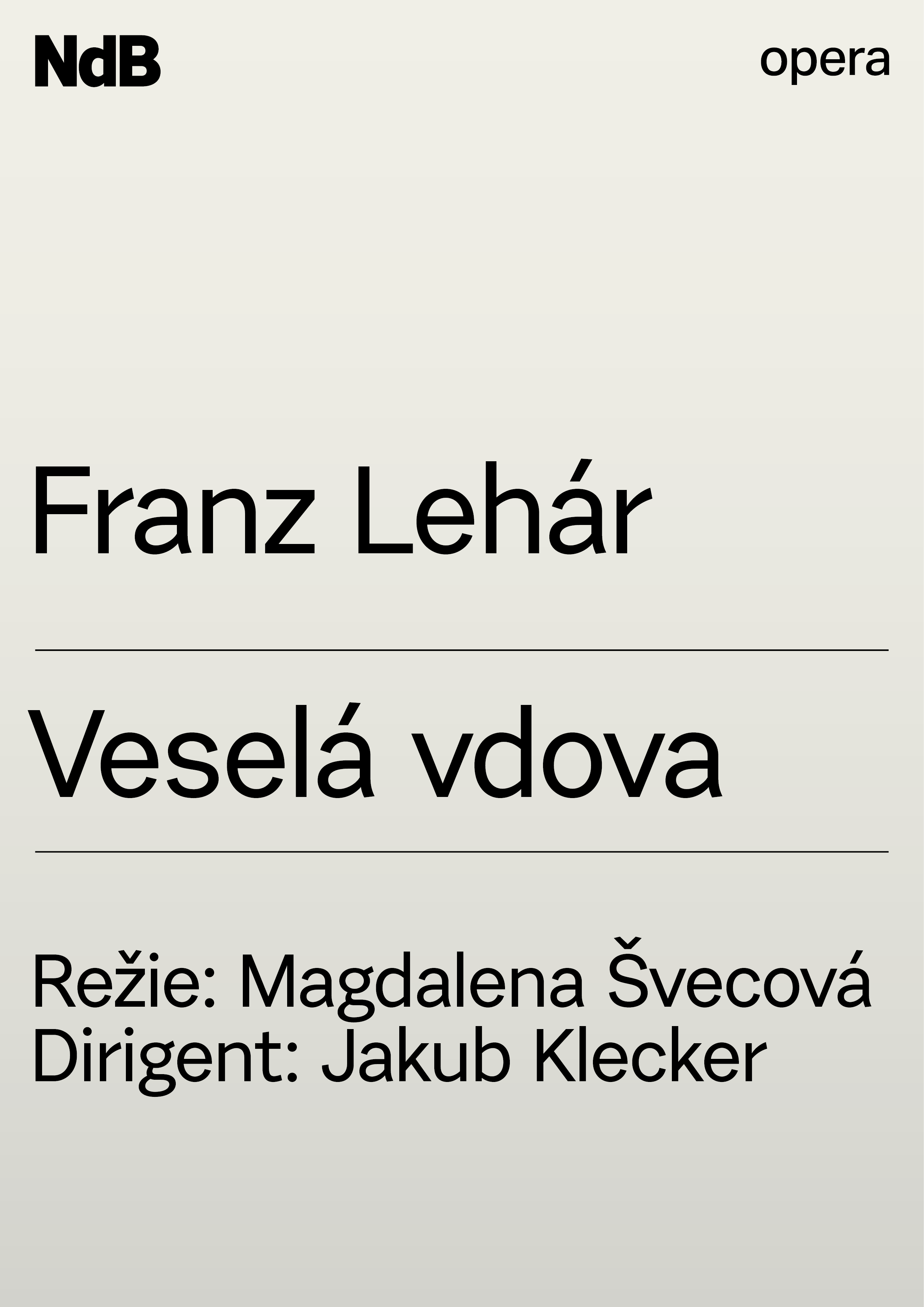 The mission is clear – to get a widow married! But in such a way that her millions remain in the principality. There would be plenty of suitors, but Count Danilo, who’s in charge of the task, has already had a romantic dalliance with the widow Hana Glawari in the past. The affection is thus reciprocal, but so is the reluctance to admit that the old flame of love still burns. When you add other ingredients in the form of a party at an embassy in Paris, dancers from Maxim´s famous cabaret and witty dialogues, you have a complete set of ingredients for an excellent opera.

The librettist Leo Stein found the theme for The Merry Widow in the form of a French comedy which he accidentally discovered when browsing through a library during a visit. The nominated composer was not interested, so young Franz Lehár was chosen. If this was a stroke of fate, it turned out to be a very lucky one. Lehár, with a Hungarian mother and a Moravian father, had a feeling for melody, style and wit that was probably thanks to his mixed family heritage. Every number in The Merry Widow is a small musical gift, and melodies such as You´ll Find Me at Maxim´s, Vilja Song, and Women, Oh, Women quickly became famous. Lehár also achieved renown thanks to The Merry Widow, and today his opera is also part of the repertoire at the New York MET. The Merry Widow is returning to the Brno stage after almost thirty years, and will be staged by an experienced team. The director Magdalena Švecová, together with the choreographer Martin Pack and the artists Zuzana Přidalová and David Janošek, are the authors of previous great narrative productions of Ferdy the Ant and La bohème. You can look forward to experiencing the magic of Paris at the beginning of the 20th century in all its splendour.

Staged in a Czech translation with Czech, English and German subtitles